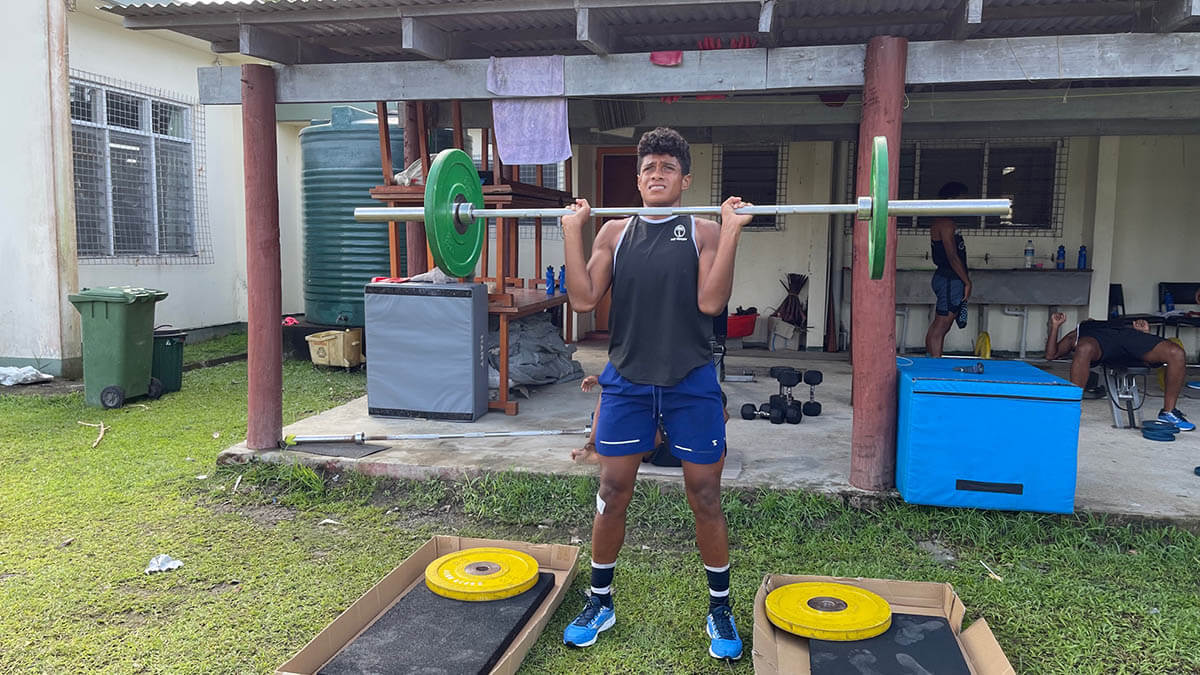 The victorious Fiji women’s rugby team, the Fijiana, is back home and the team focus is now set on the upcoming HSBC Series and the Commonwealth Games and the World Cup next year.

The team’s bronze-medal win in Japan could prove transformative for women’s sport in Fiji.

In the words of Prime Minister Voreqe Bainimarama; “Now, there are more than 1000 with the eyes of the young women of Fiji upon these heroes and no doubt we’ll soon see many thousands more.”

But the journey to finish third and win bronze was not easy – from an under-resourced team to podium finish at the Tokyo Olympics in Japan, shares Fijiana Team Manager, Vela Naucukidi.

According to Naucukidi, “Our major challenge was the limited player base and COVID-19.

“The coach has a limited player base to pick from. This is due to the lack of tournaments organised locally where he can identify more talents.

“There was a lack of both local and international tournaments because of COVID-19 and there is a need for more financial support to organise games and matches for women and girls.”

She added, “We were fortunate that Fiji Rugby staged a Super 7s Series earlier this year allowing coach [Saiasi] Fuli to field two teams where he gauged the performance of the girls throughout the preparation time.

The Fijiana Manager also said, “We are very grateful for the support from Australia’s Department of Foreign Affairs (DFAT), that enabled us to purchase training equipment which we used during our training in isolation (bubble) at PTC in Suva.

“It also allowed us to take part in the Oceania 7s in Australia in June and we camped there for a month before leaving for Japan.

Expansion of Women’s Rugby player base

Naucukidi shared that Fiji needs to increase its women’s player base.

“This means more clubs, more local tournaments and more support systems in place from Fiji Rugby, right down to the grassroots”.

She also said it is also important to, “Build on the success in Tokyo, [get] more sponsorship, and more public awareness for women in rugby in Fiji.”

This is critical to riding the crest of the wave of the Tokyo Olympics win to rapidly act and construct marketing and communications campaigns that mobilise resources for Women’s Rugby in Fiji.

Furthermore, Naucukidi said it was important to, “Have a separate high performance for women to look after both 7s and 15s.

She added that, “We should also use the local talented and qualified coaches to run the high performance [programme] for women and that it’s important to capacity build locals”.

She said that it was critical to have a, “Proper and sustainable budget and financial support for [the] women’s [rugby] programme and preparation”.

Naucukidi mentioned that, “Now for the Fijiana 7s team, we have to maintain and improve from where we finished off at the Olympics.

“The focus now is on the HSBC Series and the Commonwealth Games and World Cup next year.”

“For women’s development, we need to tweak our plans and re-strategise so we can cater for the number of women and girls coming into rugby.

“It is very important that the plan and programmes in place should be a sustainable one. As much as we need more players we also need to have more female coaches, referees and administrators,” she said. ‍

‍Naucukidi also took time to share the Tokyo Olympics experience from a personal level as the journey has been a long one for her.

She said, “First and foremost, the glory belongs to God alone in this journey. The orchestration of everything right up to that joyful moment when the girls received their medals.

“Tears overflowed on the sideline, just thanking God for the wisdom, knowledge, perseverance, patience and everything.

“For me personally, it was just not a rugby journey but a faith journey where I had to rely on God alone to take us through.

Honestly, this was my prayer before the bronze medal game against Great Britain.

“On my way to the reserve bench before the game, I was praying with tears rolling down my cheeks.

Our Liaison Officer asked me what was wrong and all I said was, “All is well! God has been so good. He answered prayers and still faithful. “This is just the beginning of many new things.”

Vela Naucukidi has worked in rugby for more than 20 years, starting as a journalist at Teivovo Magazine before serving as President of the Fiji Women’s Rugby Union and Team Manager for both the Fijiana 7s and 15s sides. She joined the Fiji Rugby Union as Women’s Development Manager in November 2014.