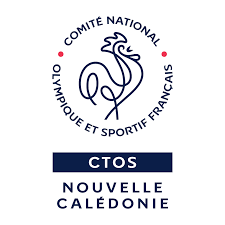 Its President is Mr Louis Provost and its Secretary General is Ms Anne Perrier.

CTOS was founded in 1961 and is the pioneer of territorial committees and its mission is to select, organise and lead delegations representing the territory at regional competitions which include the Pacific Games and the Mini Pacific Games.

The Context
For context, New Caledonia is an Overseas Territory (Collectivity) of France. It was settled by both Britain and France in the early part of the 19th century but became a French colony in 1853. From 1864, it served as a penal colony for about forty years. Today, New Caledonia has 11% of the world’s nickel reserves which represents the second largest stock on the planet. The economy is also dependent on tourism but its largest economic lifeline remains the substantial financial support it receives from France.

New Caledonia is a mineral-rich territory reflected in natural resources that include nickel, chrome, iron, cobalt, manganese, silver, gold, lead, and copper. Its soil is not conducive to intensive agriculture and only about 10% of its 18,575 sq. km total land area is committed to production of vegetables, beef, venison, and poultry. It also harvests marine resources, principally fish. New Caledonia’s key exports are ferronickel, nickel ore, and fish. Key imports include food, machinery, fuel, and chemicals.

CTOS works and operates in this context to promote Olympism, sport and physical activity and New Caledonia has the benefit of excellent sporting infrastructure due to strong support and investment from France.