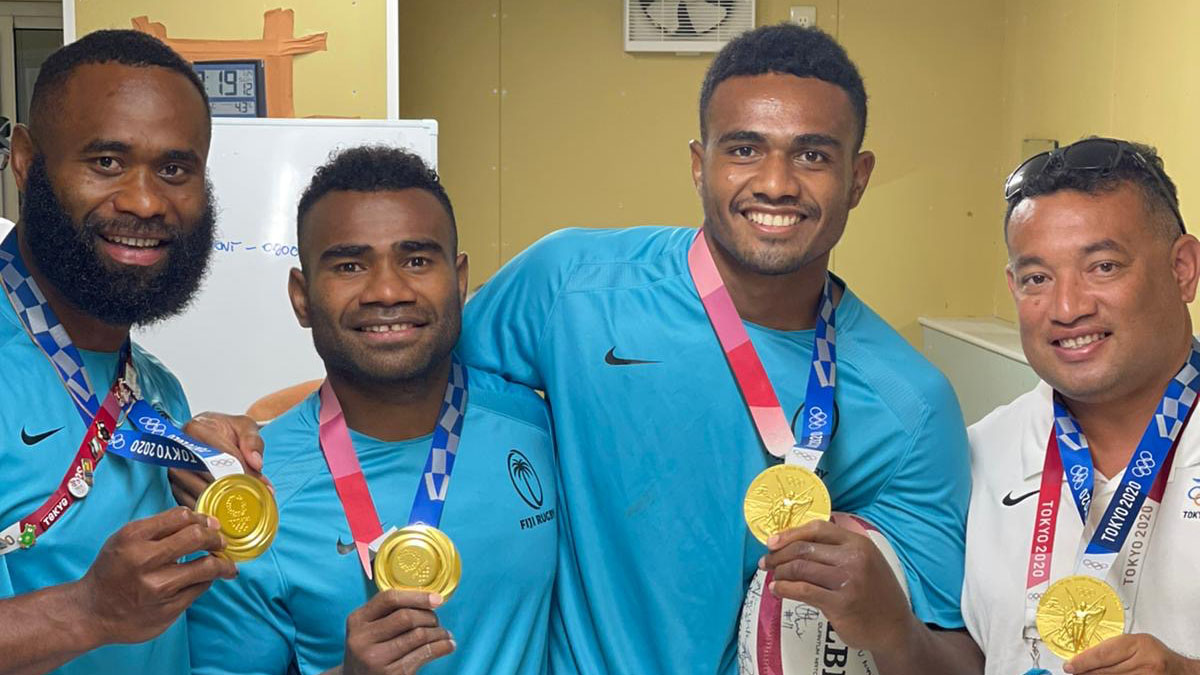 When Fiji Men’s Sevens Rugby physiotherapist William Koong walked out of quarantine fourteen days after landing in Fiji following the team’s gold medal finish in Tokyo 2020, his first journey was to the Suva Chinese Cemetery to pay homage to his mother - Bulou Amelia Kamanalagi Koong.

Koong lost his mother while he and the Fiji national Men’s Sevens Rugby team were still in Australia. He knew throughout the final phase of the Tokyo Olympics journey that he was returning to one person less at home.

In accordance with traditional Fijian protocol, the men’s rugby team and entourage held the cultural ritual of i reguregu - ceremonial words of condolences and gifting to remember the woman who not only supported their physiotherapist brother but stood behind all national rugby teams her son had the privilege of working with and the list is long - a testament to his outstanding, yet largely, quiet and unpublicised career.

The i reguregu is the cornerstone of indigenous Fijian iTaukei mourning and is the collective grieving that close family and friends offer in all passages.

Koong was unable to return home on time for the funeral given the ongoing COVID-19 quarantine restrictions and this was a reality somewhat cushioned by the knowledge that Bulou Amelia’s wish was that he complete the Tokyo Olympics assignment - to contribute to the back-to-back Olympic gold feat.

William Koong is currently Manager of Sports Medicine and Science for Fiji Rugby.

He is currently the longest-serving official Fiji Rugby staff member serving at home and now lead physiotherapist in all national outings.

In a stellar career, Koong has supported Fiji national rugby teams at the following key victories:

﻿William Koong is the second-eldest of three children and is based with his father Mr Too Ying Koong in Suva, Fiji. He is back in his role as Manager of Fiji Rugby Union’s Sports Medicine and Science and supporting preparation toward upcoming rugby competitions.