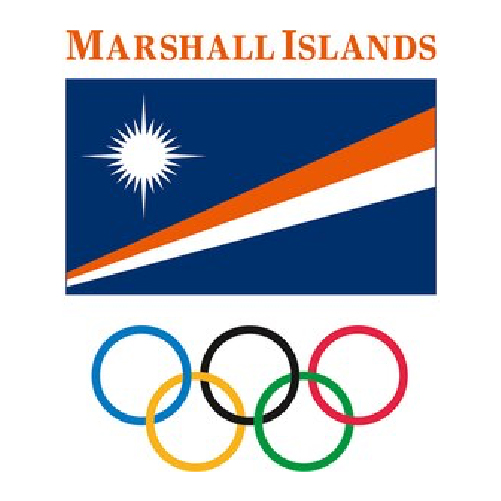 The Marshall Islands National Olympic Committee (MINOC) has been a member of ONOC since 2005 and was recognised by the IOC in 2006.

Its President is Mr Kenneth Kramer and its Secretary-General is Mr Terry Sesser.

MINOC first applied for IOC recognition in 1991, however, a series of assessment visits deemed the atoll country not ready to meet compliance requirements. Through the hard work of people in sports administration, the Marshall Islands took another 25 years before it managed IOC recognition – a huge achievement for the atoll nation. There are a number of Marshallese athletes studying in the college sport system of the United States of America.

Sport remains an important activity in the country and has a critical role in improving the quality of life of youth, particularly on the main atoll, Majuro. This is important as more than two-thirds, 78% of the population are urban, with most living on the atolls of Majuro and Ebeye. Majuro remains one of the mostly densely populated locations in the Pacific.

The National Context
For context, the Marshall Islands were under American administration for almost four decades until independence under a Compact of Free Association in 1986. The Compact which features economic and social support to the country, runs out in 2024 and there is ongoing development of a co-designed Trust Fund to support transition to national sustainability.

The Marshall Islands consist of about 29 atolls and five islands with a total land area of 181 sq.km. Of these, 22 atolls and four islands remain uninhabited, hence the population density pressure and significant strain on land and water resources. The atoll country has a mean elevation of 2 metres with the highest point only 14 metres.

The country depends on US assistance under the Compact of Free Association and on American lease payments for the use of Kwajalein atoll as a military base for its economic mainstay. It also depends on remittances, fisheries (marine products), tuna processing, and subsistence agriculture based on coconuts, breadfruit, and vegetables such as tomatoes, melons, and small livestock such as chickens and pigs. Its main imports are food, fuel, beverages, tobacco and machinery.

Challenges and the importance of sport
Like other Small Island Developing States (SIDS), smallness, isolation, energy, pollution, obesity, non-communicable diseases (NCDs) and sea level rise due to climate change are significant challenges. The youth bulge, youth unemployment and obesity are critical issues where sport and physical activity can play a huge role and MINOC is instrumental in driving lobby and advocacy in this regard.

On the global platform, as a country on the frontlines of climate change where the issue is an existential threat, the Marshall Islands remain one of the strongest voices on the global climate change fora and has led the Pacific islands region powerfully on this issue.

This context is critical to understanding the circumstances under which MINOC continues to work in and its success to date is a testament to the commitment of its leadership and staff.

MINOC recognised by the IOC.

Best Olympic Moments
‍The Marshall Islands’ debut participation was at the Olympic Games in Beijing, China in 2008. Over the years, it has fielded 12 athletes in a total of 4 sports. The country has not won an Olympic medal to date.