Live from
Olympic Stadium
in Tokyo

MESSAGE
FROM THE ONOC PRESIDENT

MESSAGE
FROM THE ONOC secretary general

The Olympic Games is a quadrennial international multi-sport event and celebrated as a global sports festival by people all over the world. The Olympic Games are held in both the summer and winter, with the goal of cultivating people and world peace through sports. The Olympic Movement is also a contributor to social development. The Oceania Continent is engaged in the Tokyo 2020 countdown through partnerships.

Pre-Games Training Camps
Given the complexity of geographical distances, vastness, variances in the availability and quality of sporting facilities, and economies, the Oceania Continent’s Pacific Small Island Developing States (Pacific SIDS) value the provision of Training Camps for their athletes and teams.

To date, a total of 101 individual athletes from Oceania NOCs have benefited from Training Camps, majority in Fukuoka Prefecture, Japan.

In team sport, the Samoa, Papua New Guinea and Fiji rugby sevens teams have attended Training Camps in the Japanese prefectures of Fukuoka and Iwaki. Vanuatu’s Women Beach Volleyball Team has benefited from a Training Camp in Australia.

As part of the support ecosystem of Training Camps for Tokyo 2020, athletes and teams have also benefited from camps in Australia, New Zealand, USA, New Caledonia and France.

The Tokyo 2020 SSP offers a portfolio of services which will be provided, shared, and facilitated through cooperation.

Under CDM and Team Services, there will be training camps, meeting rooms and shared transportation. Athletes’ Services will cover an internet lounge, a recovery hub and an entertainment and breakout lounge. Medical Services will offer physiotherapy and clinical services under a roster of medical professionals from member countries.

Media and Communication Services will offer a joint Oceania Awareness Media Campaign, pool content for NOCs, pool content for in-country media and provide facilitation for accredited media. There is also a Special Events section that provides cultural activities such as the flag-raising ceremonies plus an Oceania Village.

JAPIA was established in 1974 as an external entity of the Ministry of Foreign Affairs, Research and Exchange in Japan. Its current Honorary Chair is Mr Yoshiro Mori (former Prime Minister of Japan) and its Chair is Mr Takahiro Kitano (CEO of Kitano Construction Corporation). Previous activities of JAPIA have included the 2018 Pacific Islands Leaders Meeting, the 2015 Pacific Roots Festival in Yokohama and the 2016 Palau - Japan Cultural Exchange in Palau.

The Tokyo 2020 Oceania Village will be presented as a trade and culture showcase of the Pacific islands, featuring Pacific islands products and also Pacific music, dance, and art. Under an Environment and Wellbeing objective, there is a forum to allow exchange ideas and network to enhance Japan - Oceania links for the environment, sport, athlete wellbeing, business development and new industries. Under the Festival of Oceania, the showcasing of Pacific cultures is intended to increase market share of Oceania tourism through sustainable means. The focus area of Sustainable Tourism is envisioned to facilitate group travel in tourism under themes of environment, culture, sport and conservation.

Countdown Campaign
The Countdown Campaign is in partnership with IOC’s Olympic Channel and will showcase reflections to past sporting achievements at the 2019 Pacific games in Samoa and also profile Oceania athletes preparing for Tokyo 2020. It will be a regional campaign that will run on ONOC website and social media platforms. 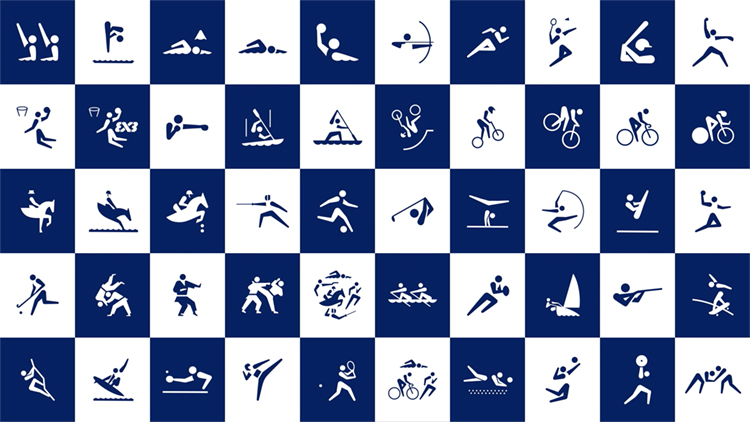 The ONOC CDMs were also involved in visiting sporting venues which was a key part of the update, visiting the Olympic Stadium, the Tokyo Aquatics Centre, the Olympic Village, the Heritage Zone and the Tokyo Bay Zone.

Following this, the ONOC CDMs also benefited from a CDM workshop titled the ‘Oceania Forum’ - it was held in Nadi, Fiji on 21 and 22 October 2019. This was facilitated by officials from the IOC and the Tokyo 2020 office.

The ONOC Chef de Missions for Tokyo 2020 are listed below and their contacts are provided for any matters related to NOC preparation in the lead up to the Games next year.

‍Qualifications
The Oceania Continent has made enormous progress in terms of athlete qualifications in recent years with some individual athletes and a team qualifying while others await their qualification events through respective federations.

While a significant number of athletes and teams are yet to qualify for Tokyo 2020, it is positive that  8 athletes from the ONOC region (excluding Australia and NZ) and 2 teams have qualified for Tokyo 2020 and the remaining are still in process under current COVID-19 restrictions.

The Qualification System Principles of the XXXII Games of the Olympiad, Tokyo 2020 was revised to accommodate complexities surrounding the global COVID-19 Pandemic, the latest amendments dated 30 March 2020. The new version supersedes the earlier which was approved by the IOC Executive Board in July 2017 and permits all International Federations (IFs) to adapt their Qualification Systems given new dates taking into consideration the Postponement Period, plus allocation of remaining quota places.
‍
Since joining the Olympic Movement, the Pacific Small Island Developing States (Pacific SIDS) have largely depended on the Tripartite Commission Invitation Places to send athletes in various sports to the Olympic Games. The system allows for the participation of athletes from countries that traditionally send small delegations. The allocation procedure is reviewed by each International Federation (IF) ASOIF and ANOC and is communicated to IOC. Invitation Places are awarded through the IOC, ASOIF and ANOC Tripartite Commission.
‍
Since the establishment of ONOC and the forging of partnerships to prepare athletes for games, more Pacific Islanders have been qualifying for the Olympic Games based on merit - a huge achievement over the years.

‍Games Schedule
The Tokyo 2020 Games schedule is managed by the Tokyo 2020 Organising Committee and progress can be viewed directly on their website.

Executive Assistant to the Secretary General