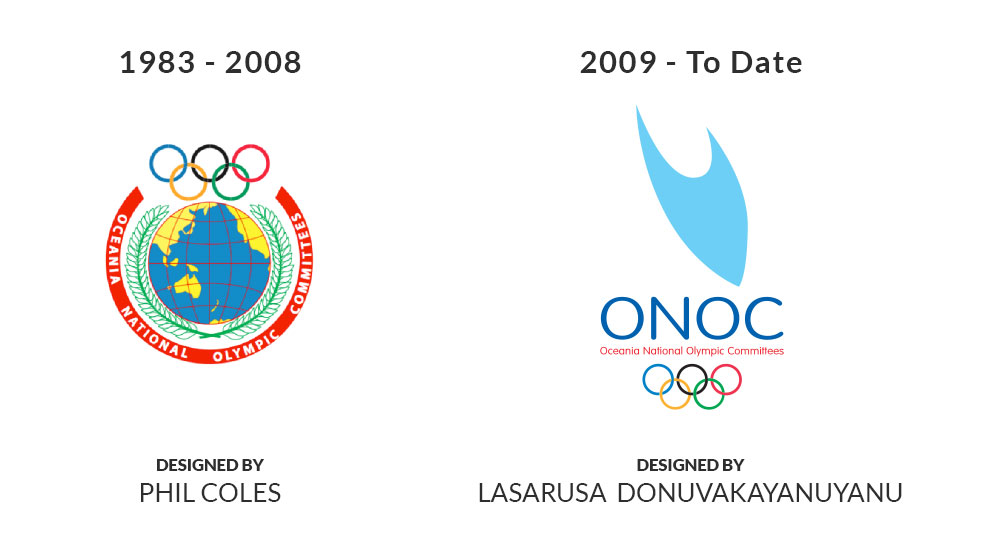 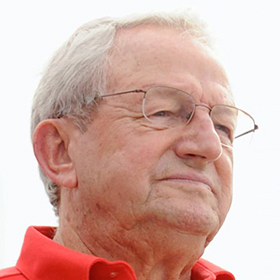 ‍The first ONOC logo was designed by Mr Phil Coles and adopted in 1983.

He also served as President of the Oceania Region World Taekwondo Federation.  In the annals of ONOC history, he is celebrated as a Founding Member and his colourful life and its varied achievements are on the IOC Members listing and on the page dedicated to him on the Sport Australia Hall of Fame. 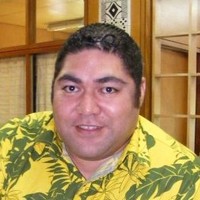 The second and current ONOC logo was designed by Mr Lasarusa Donuvakayanuyanu and adopted in 2009.

The current logo was designed by Mr Lasarusa Donuvakayanuyanu in 2015 - it was the winning submission in a competition run by ONOC. He is of mixed indigenous iTaukei Fijian and Rotuman (Polynesian) heritage. He developed his artistic skills as a child in Fiji and has moved on to study and work in the field of graphics design. He is currently based at the University of the South Pacific as a Graphic Designer.

‍For ONOC, the logo depicts the iconic sail which is part of every sailing vessel found in Pacific island sailing cultures. It recognises that all Pacific peoples, including Australia and NZ are part of human journeys and migrations.
‍
It is common knowledge that Pacific island elders and ancestors left continents in a  series of migrations that successively populated the Pacific islands over millennia. This was a feat achieved in a period of human history when most Western cultures still hugged the coastlines  of continents.
‍
The fact that this sailing culture and both its tangible and intangible heritages are still the object of academic study and continue to inform and inspire engineering design is testament to the fact that Pacific islands indigenous science is to be celebrated.
‍
The ONOC logo sail presents the ancient sailing culture and history of Pacific island peoples - presenting its peoples as courageous, innovative, daring and as people who believed in excellence.
‍
The fact that sails were woven by women whose intangible cultural heritage knowledge of botanical species and the science of weaves places women as engineers of the sailing vessels.
‍
ONOC is an open and forward-looking organisation that with the IOC, is working to bridge gender parity in sport.