The Oceania National Olympic Committee (ONOC) is part of a rich global cultural heritage that has demanded and demonstrated the best of being human and the highest in terms of humanity that is the growing legacy of the International Olympic Committee (IOC). In sporting, humanity has the continuous ability to query physicality, sacrifice, excellence and cooperation - an inventory for survival, excellence and the triumph of the human spirit. 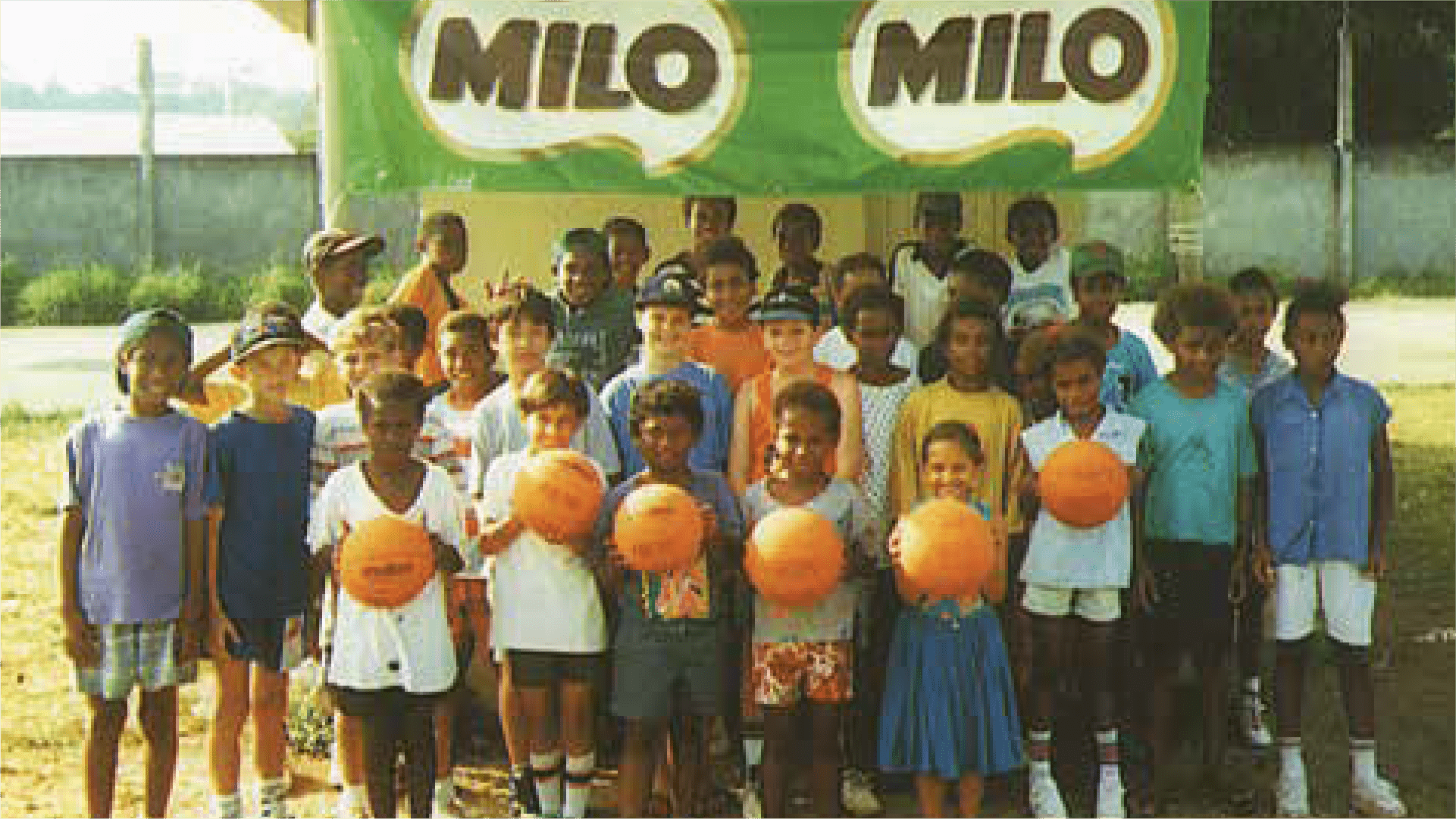 Concept of ONOC designed and driven

Discussion: procedures for establishing the “National Olympic Committees of Oceania” to promote the development of Olympism in the region and on coordination and distribution of Olympic Solidarity funds for sports development. Committee prepares the initial Constitution for ONOC. 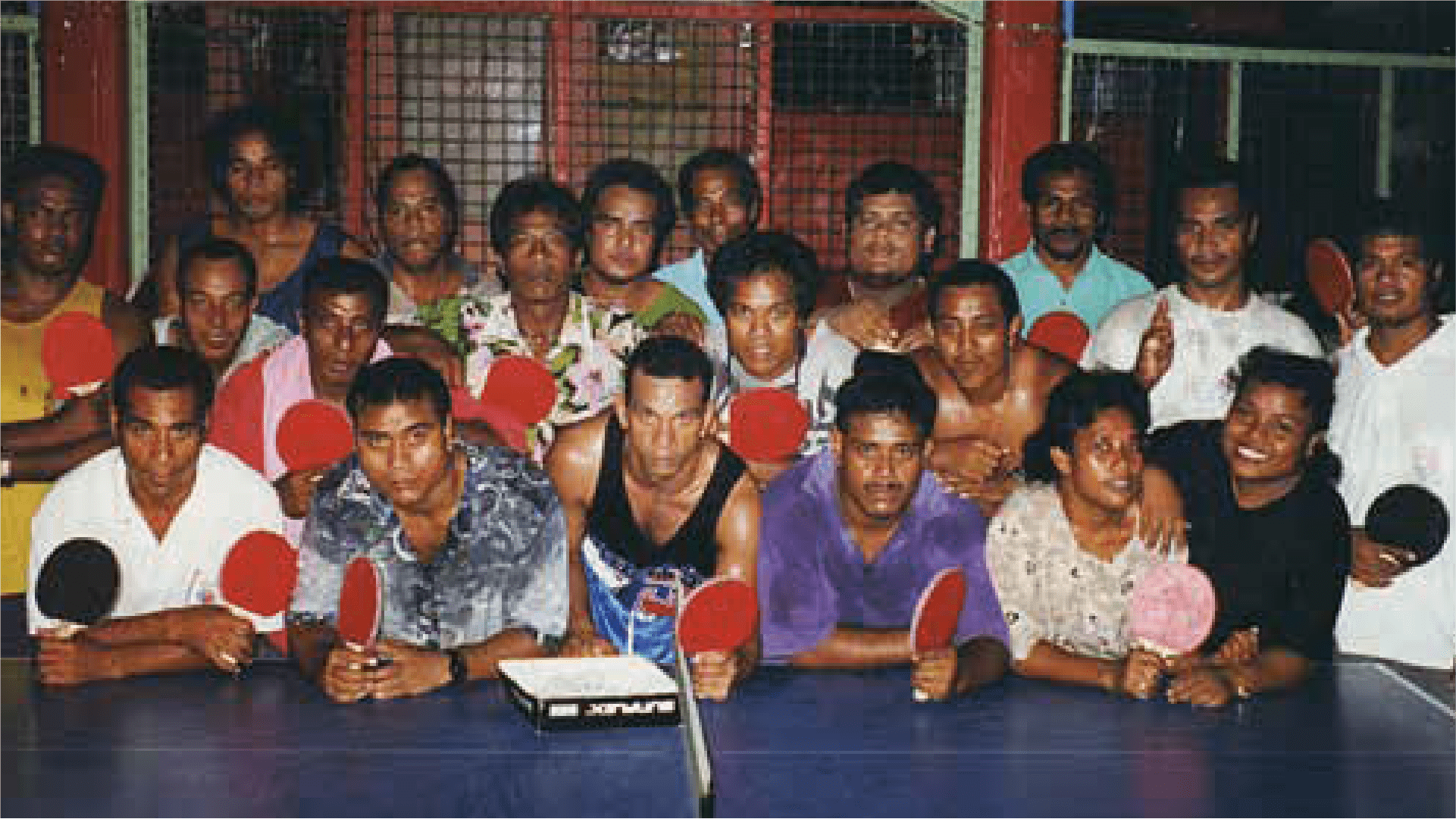 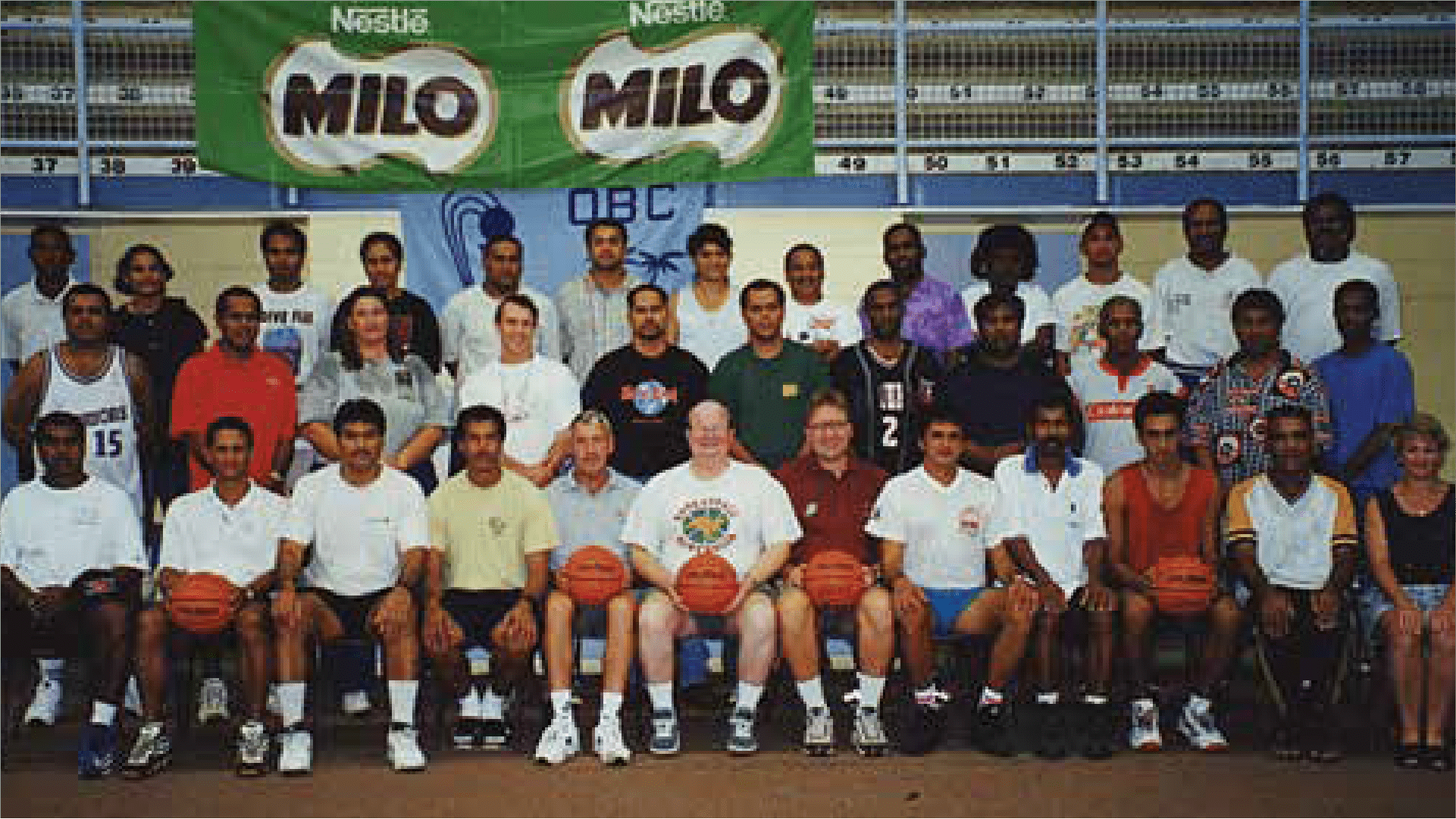 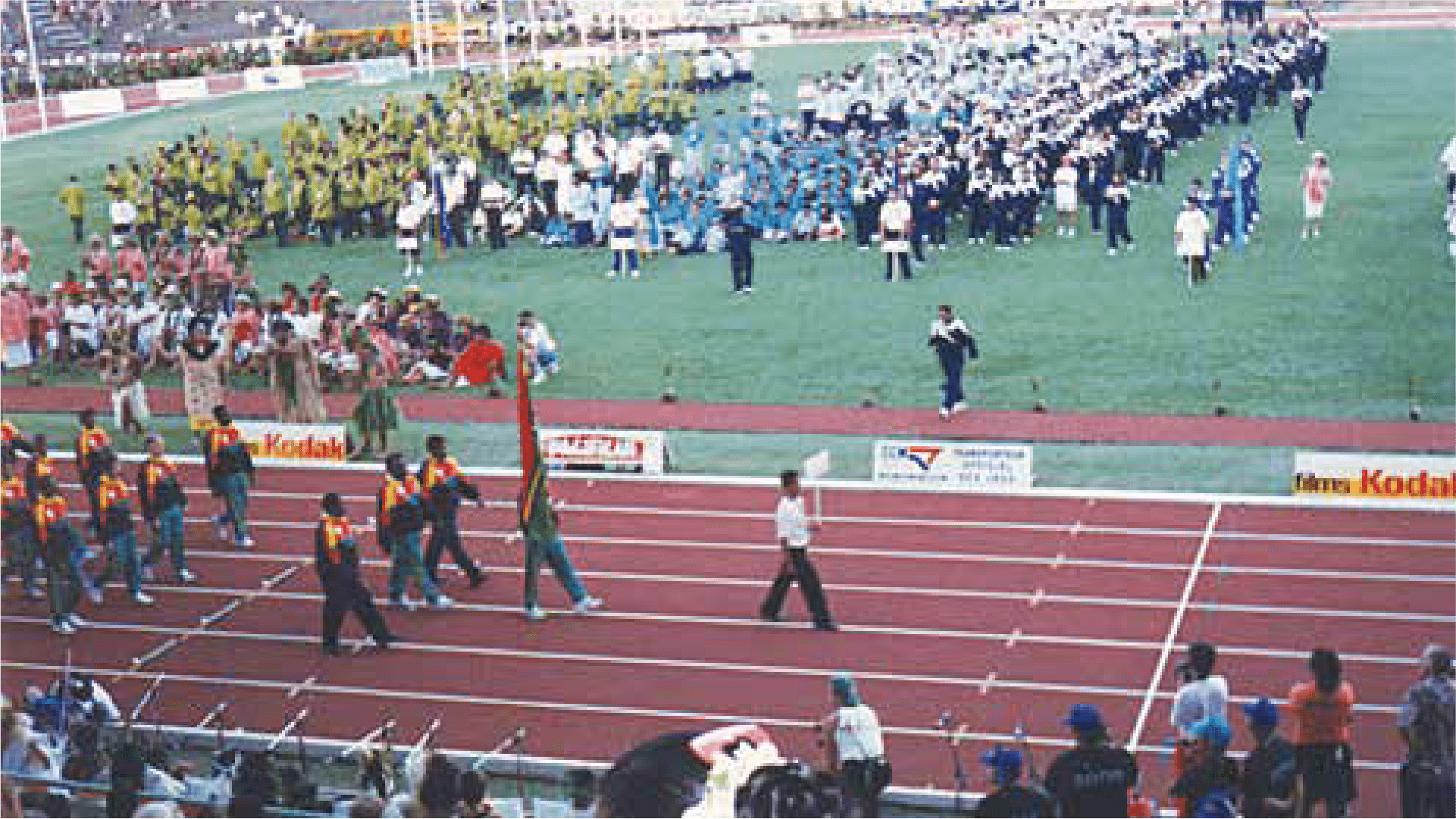 Special meeting held at Australian Institute of Sport (AIS) in Canberra, Australia marking genesis of a long partnership that has continued to date.

Zone Administration Course held in Fiji. This goes on to produce many current leaders in sports administration throughout the Pacific.

ONOC establishes its own Medical Commission.

Olympic Games held in Los Angeles, USA. In addition to 6 official members of the ONOC, Tonga given special dispensation to participate. 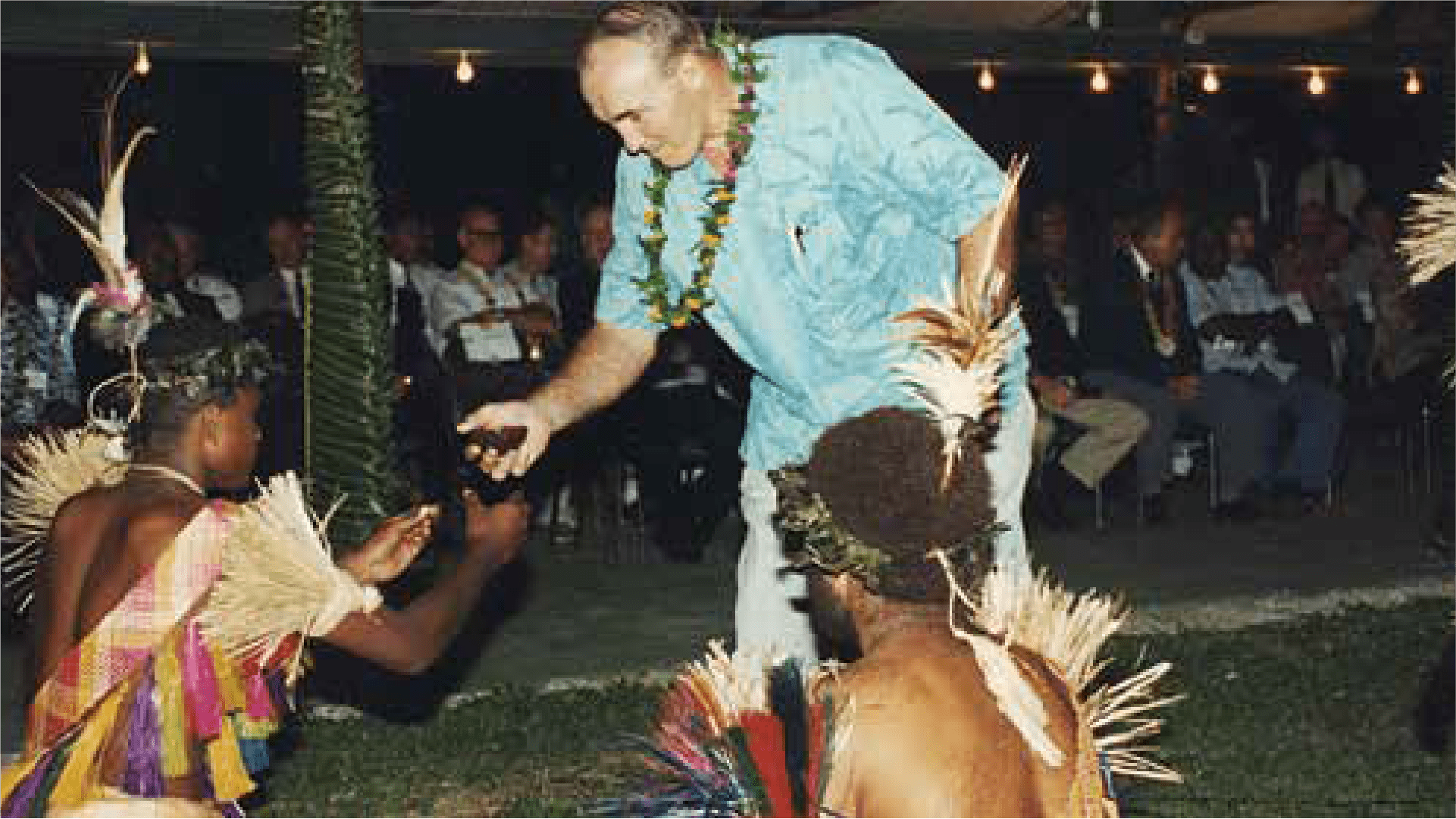 The ONOC Secretaries General meet in Fiji. Key Decision: Future meetings of SGs be held in conjunction with the AGMs to minimise travel and accommodation costs.

American Samoa is recognised by the International Olympic Committee (IOC). 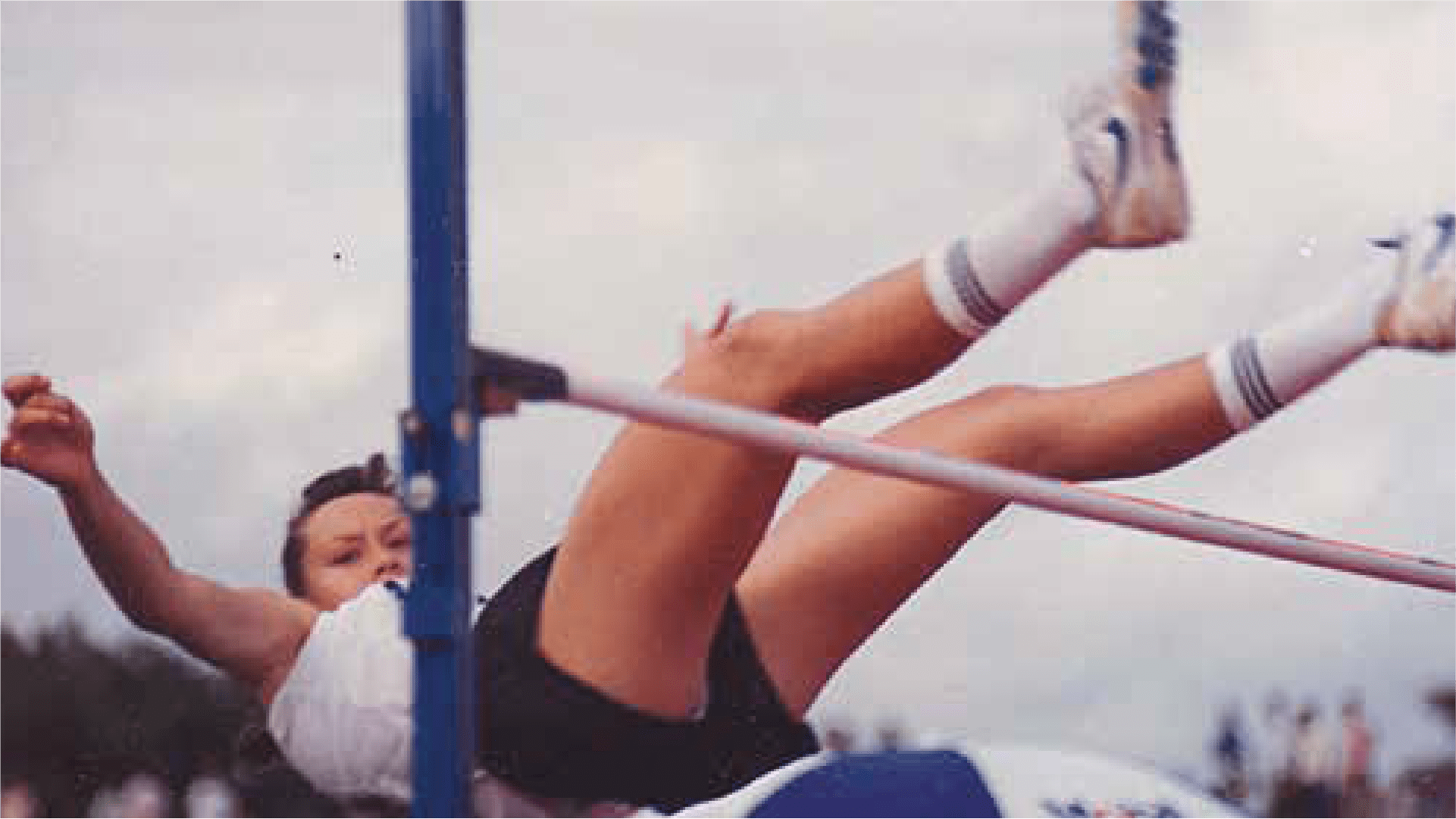 Tonga gains recognition by the IOC.

7 Oceania countries attend the Commonwealth Games in Edinburgh, Scotland. It is the first for Cook Islands and Norfolk Island. 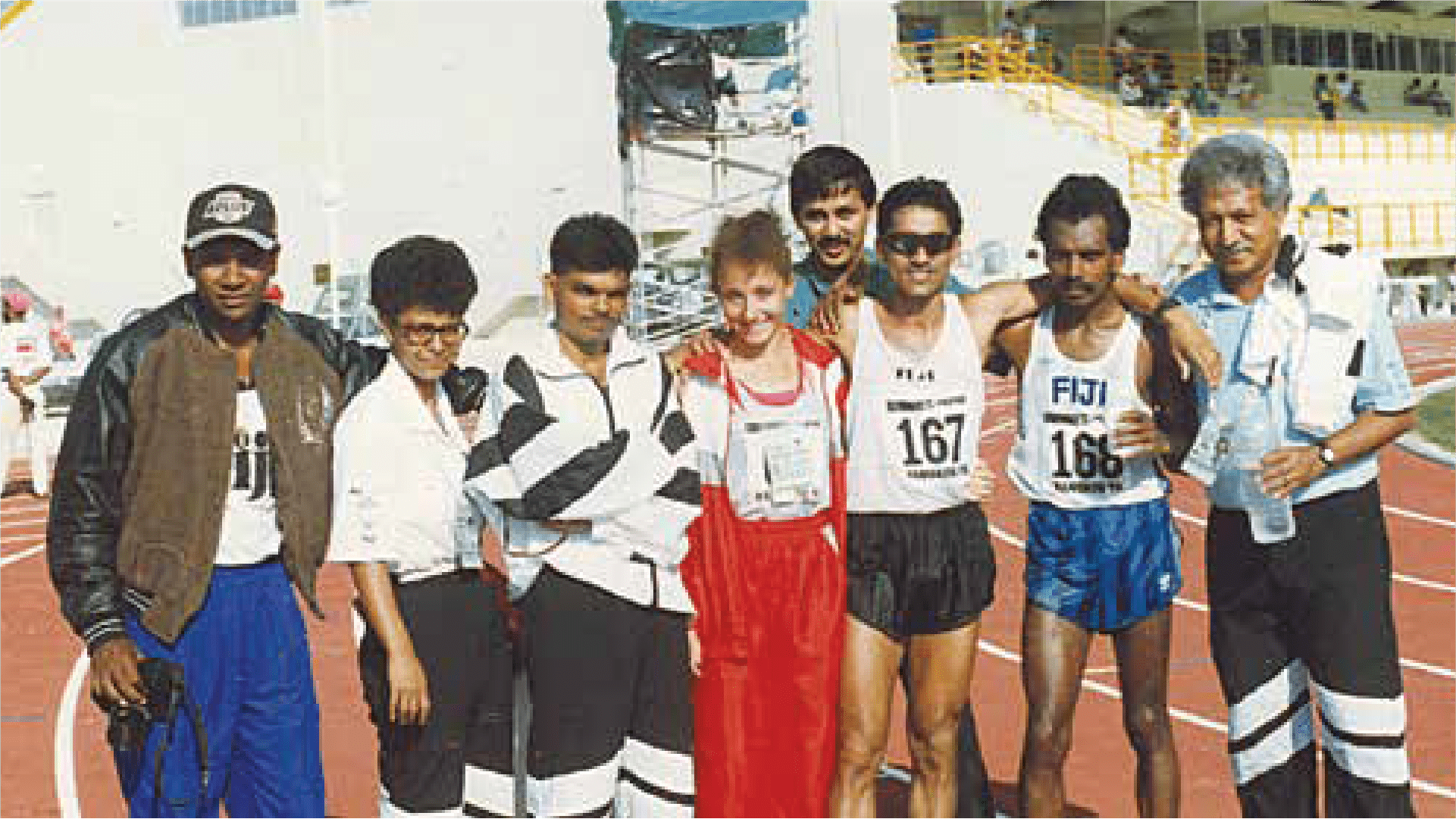 Seiuli Paul Wallwork is made an IOC member in Samoa. 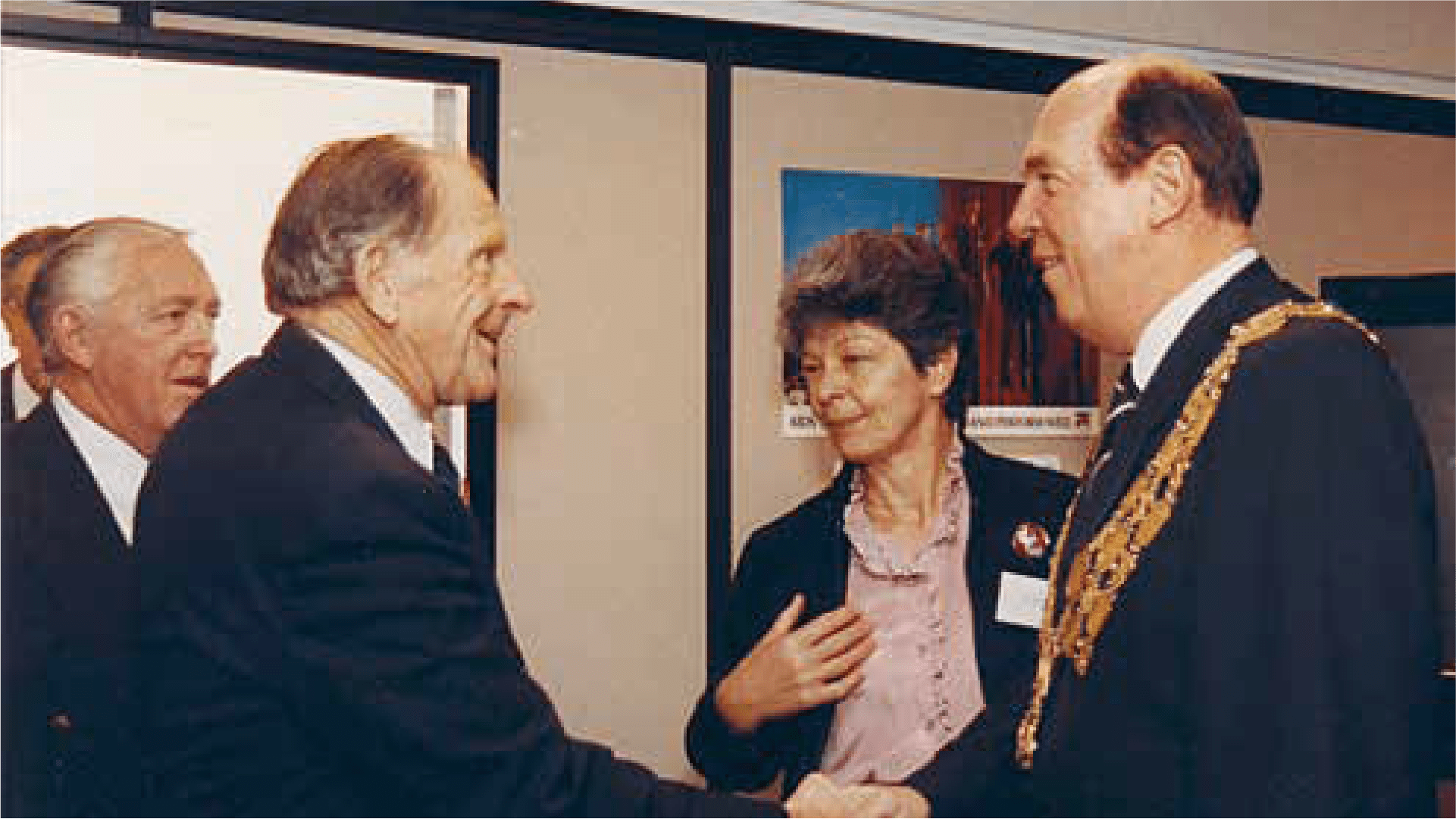 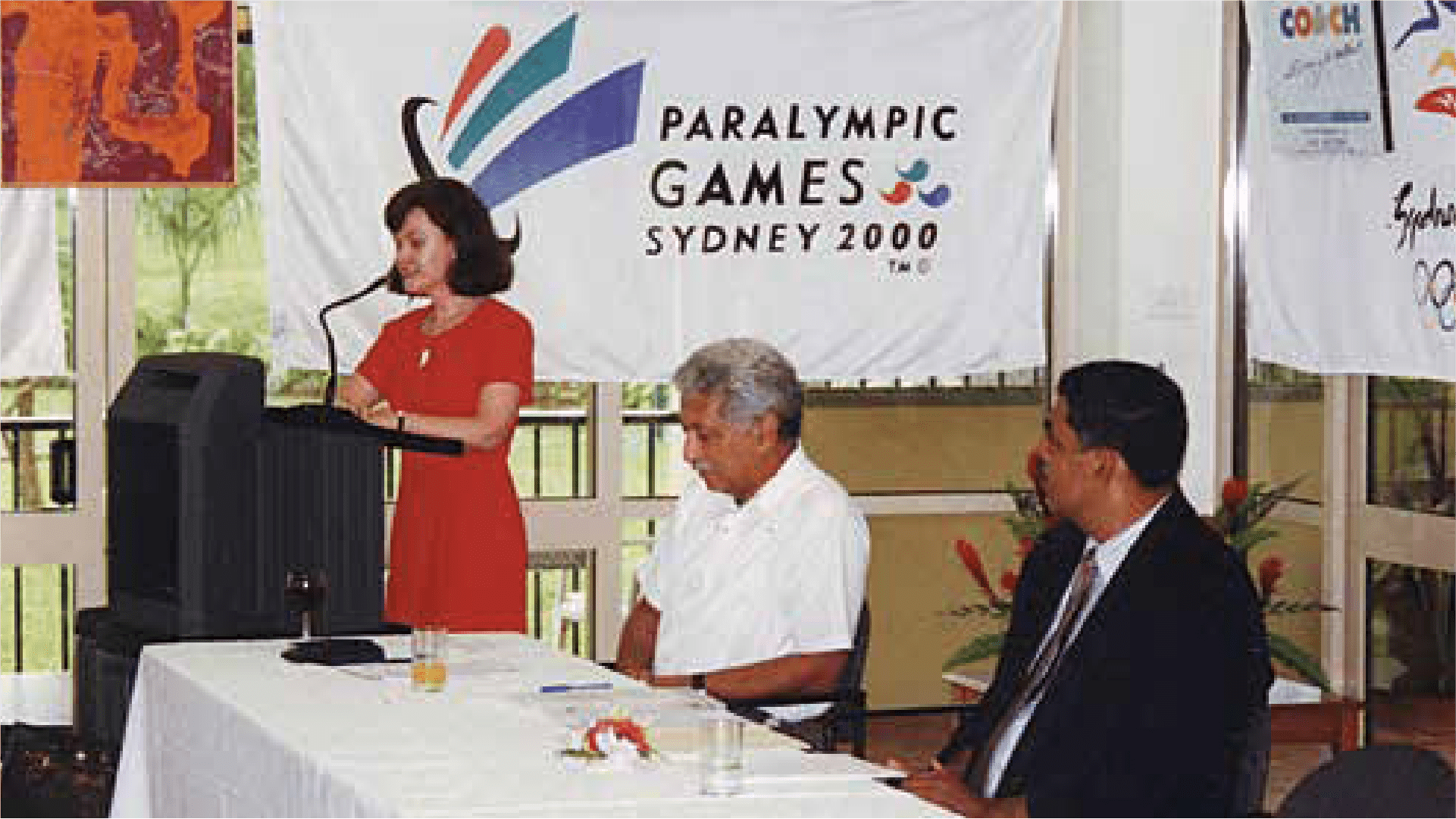 Sir Lance Cross, founding member and serving President of ONOC passes on 13 May.

The ONOC Headquarters is established in Wellington, NZ via the personal generosity and commitment of Tay Wilson. 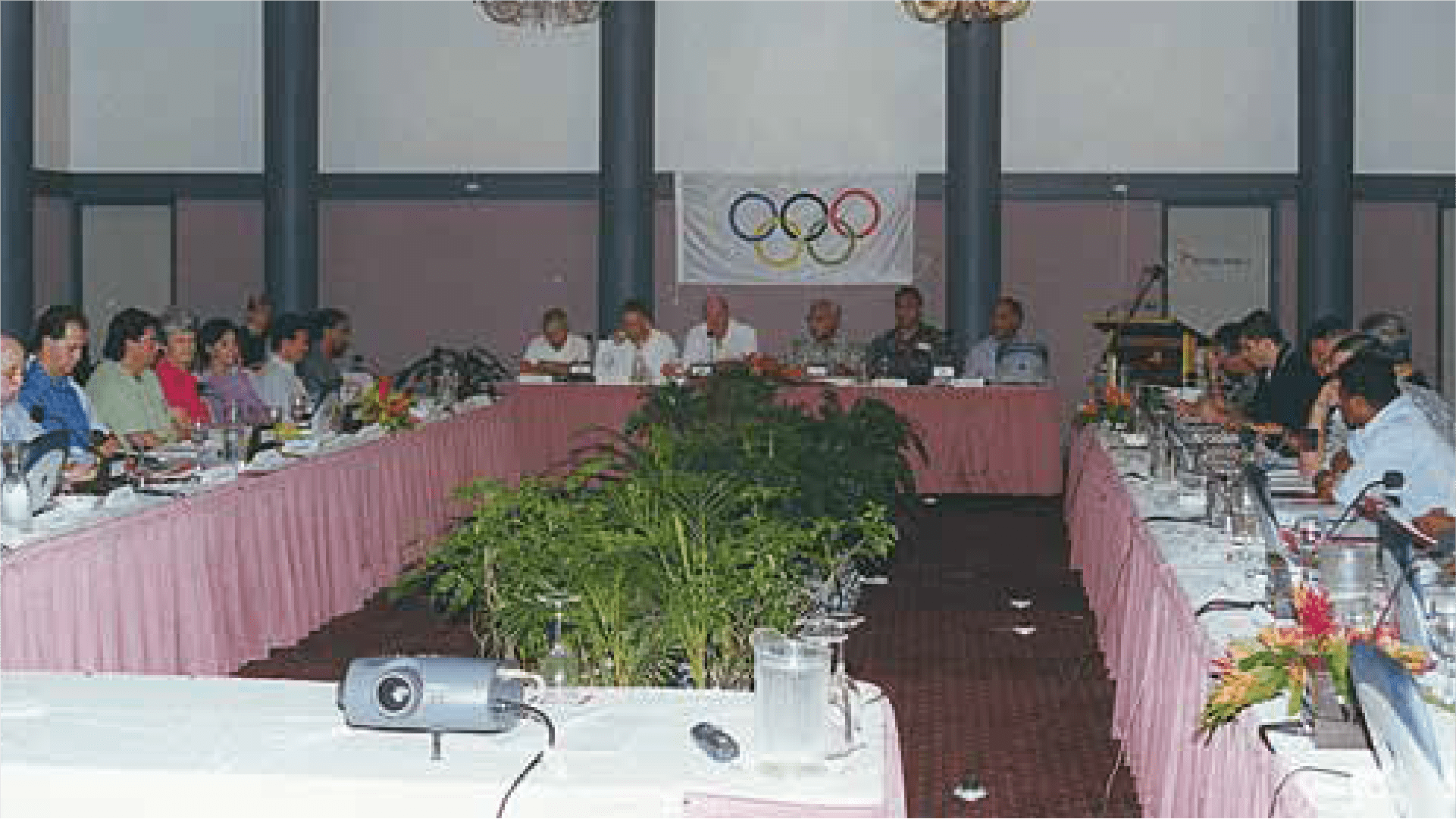 Held in Barcelona prior to the ANOC Assembly. 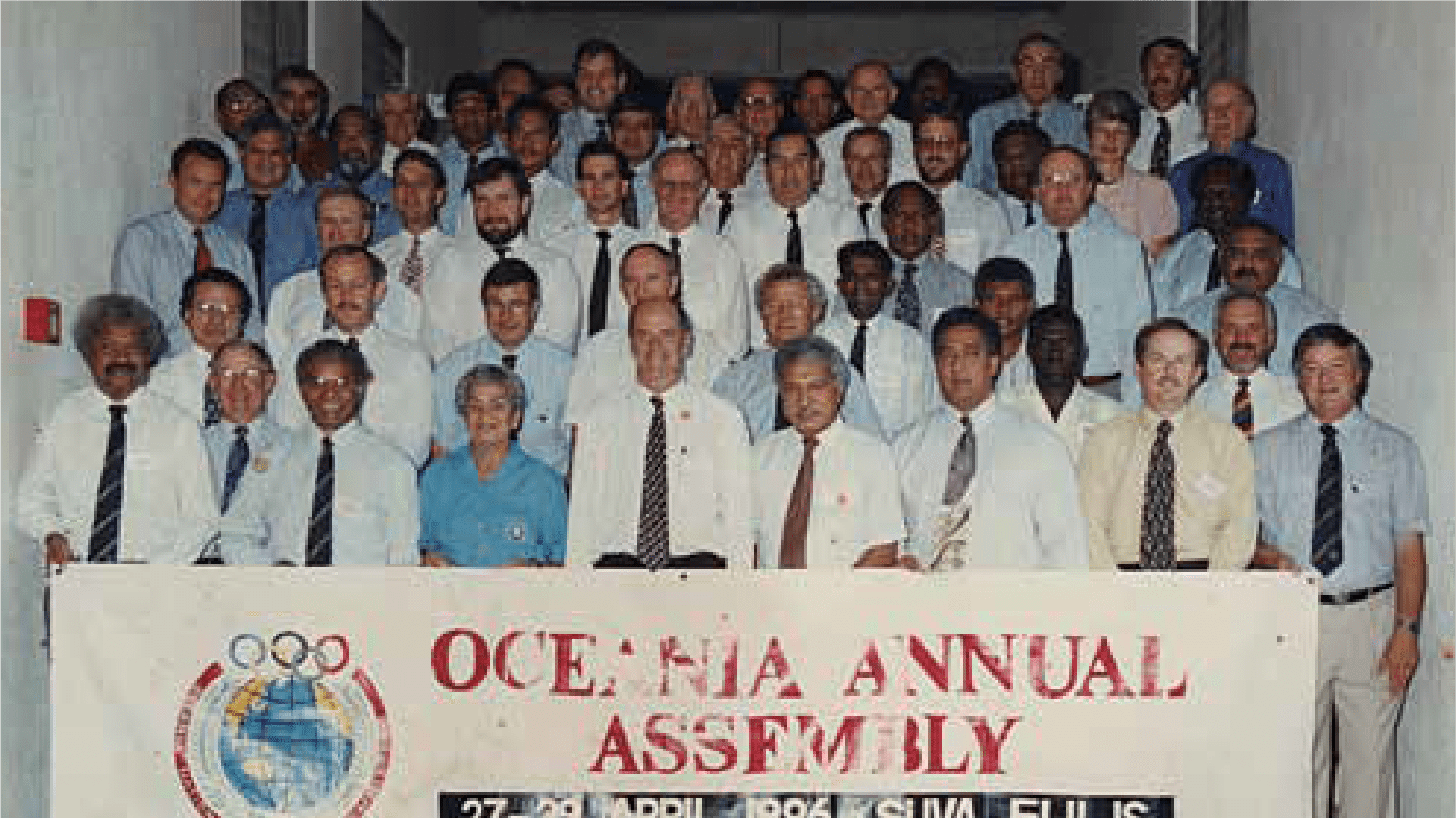 First intake of scholarship placements into Olympic Training Centre (OTC) at Canberra. OTC scholarships open to all Oceania NOCs except Australia and NZ. 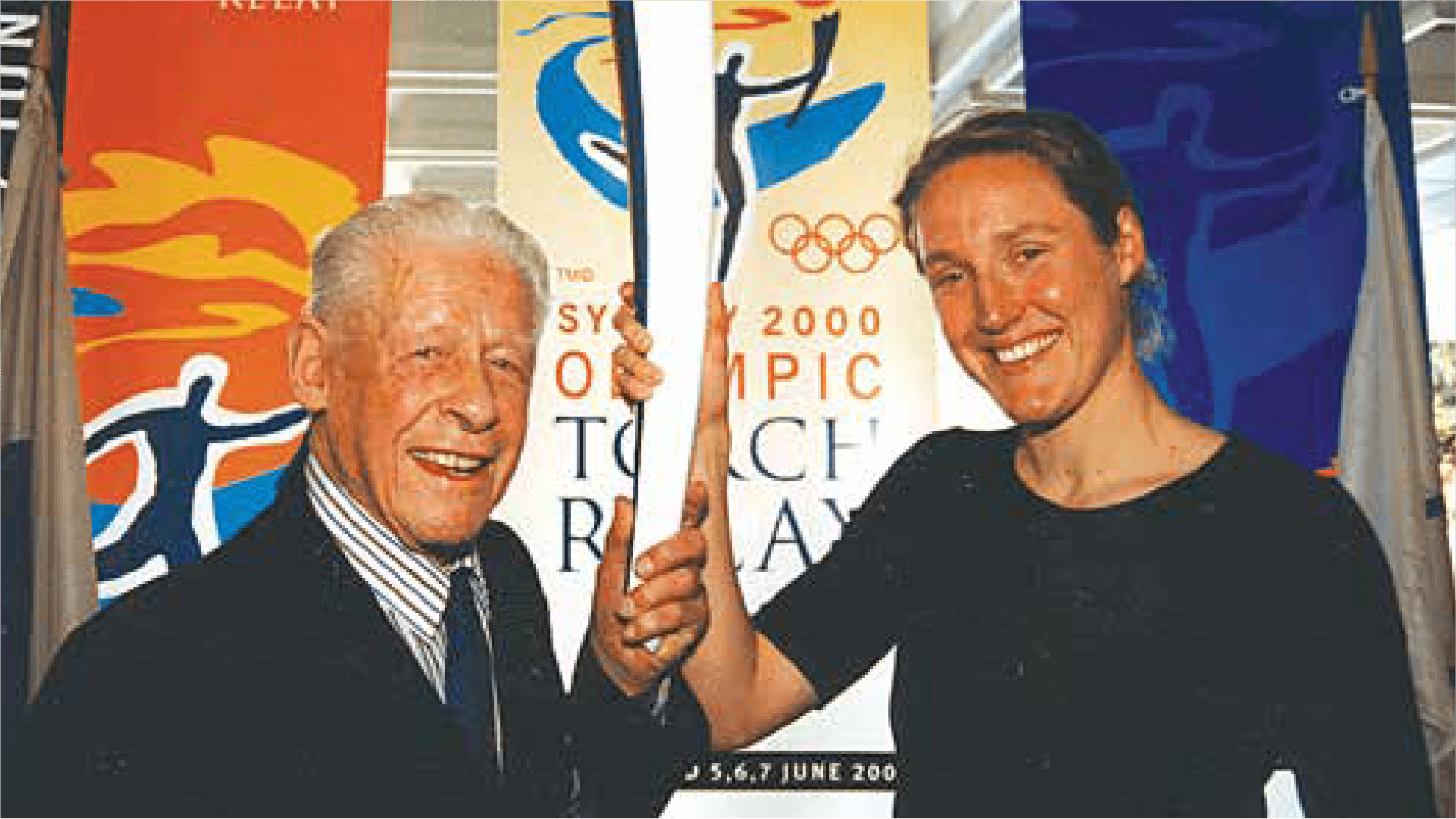 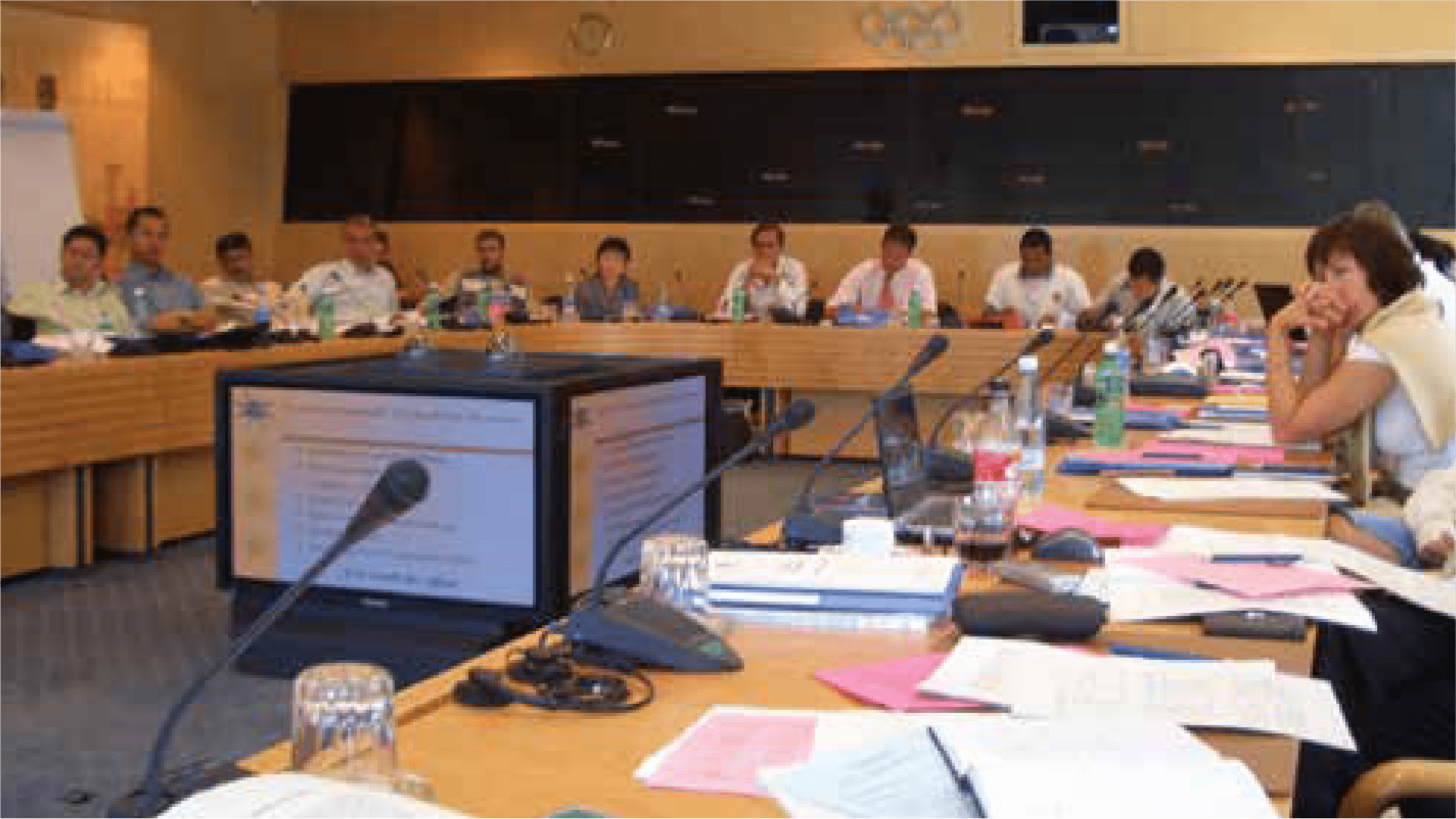 ONOC General Assembly held in Auckland, New Zealand. Features the election of new office bearers for the next Olympiad.

The ONOC Office was relocated to the Domain in Suva with newly elected Secretary General Dr Robin Mitchell. 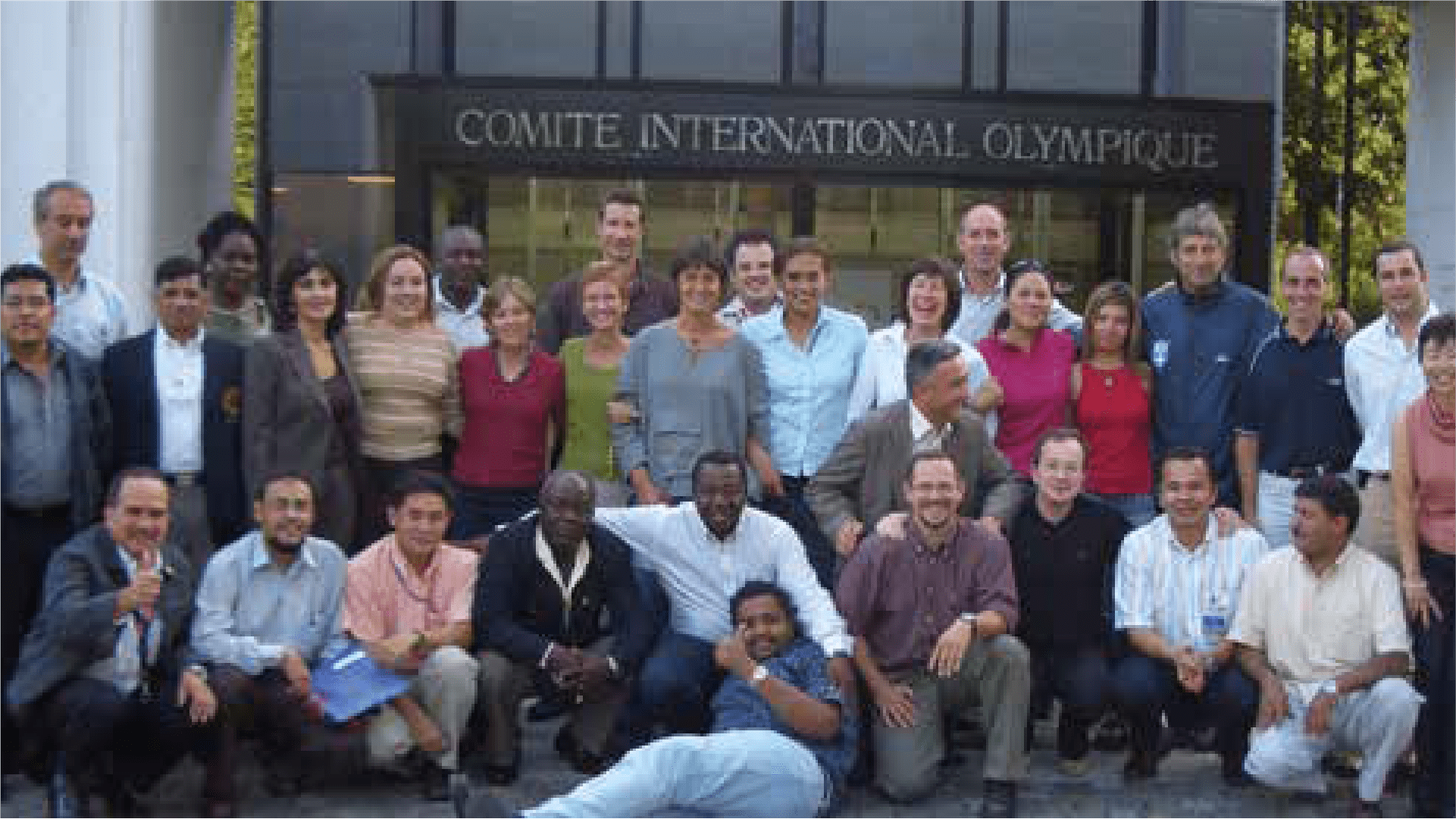 Dr Robin Mitchell appointed to membership of the IOC. ‍

Oceania Olympic Training Centre (OOTC) in Canberra receives increase in funding from Australian Government and this is matched by OS. Scholarships increase from 26 to 40 per year.‍ 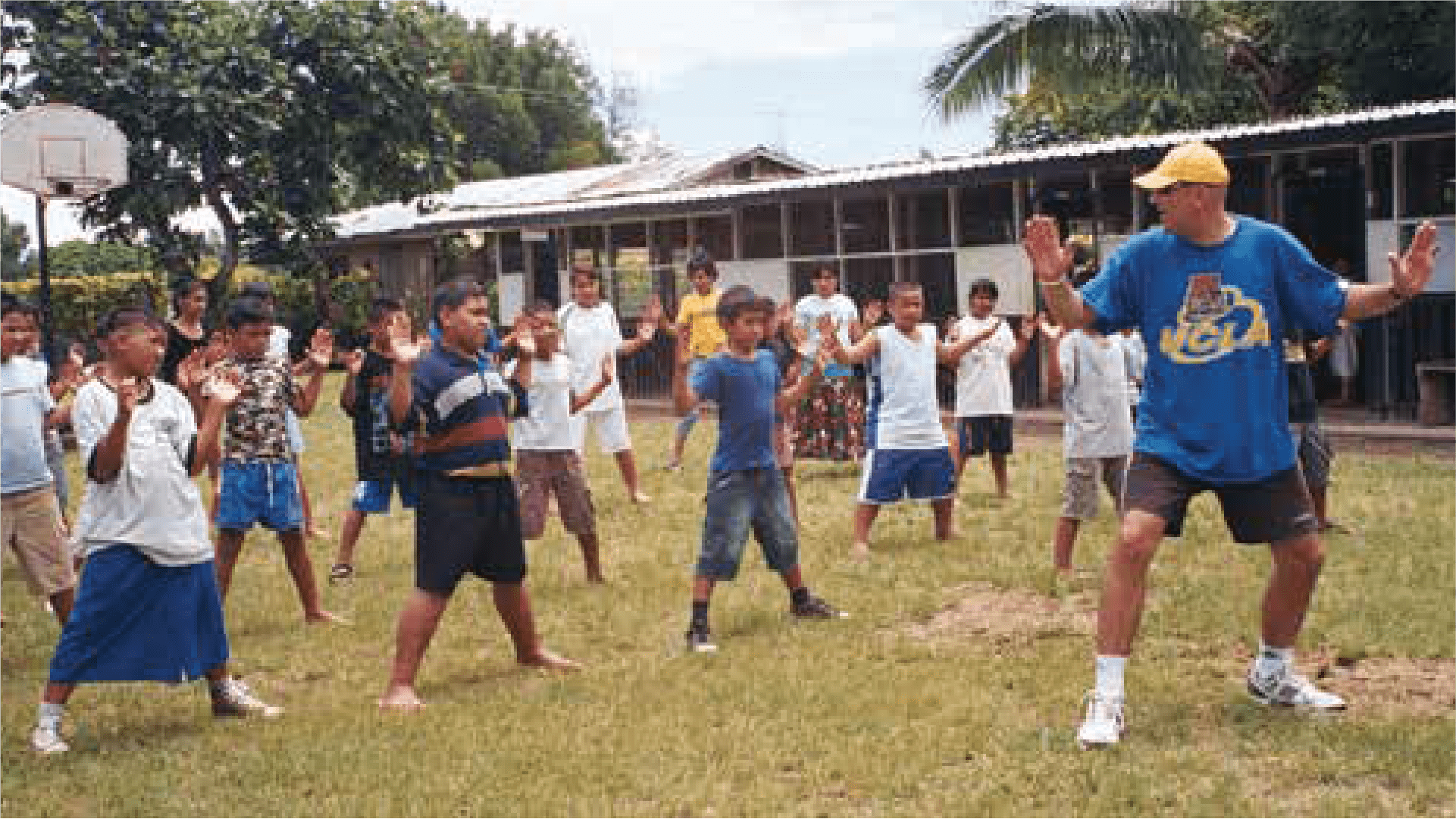 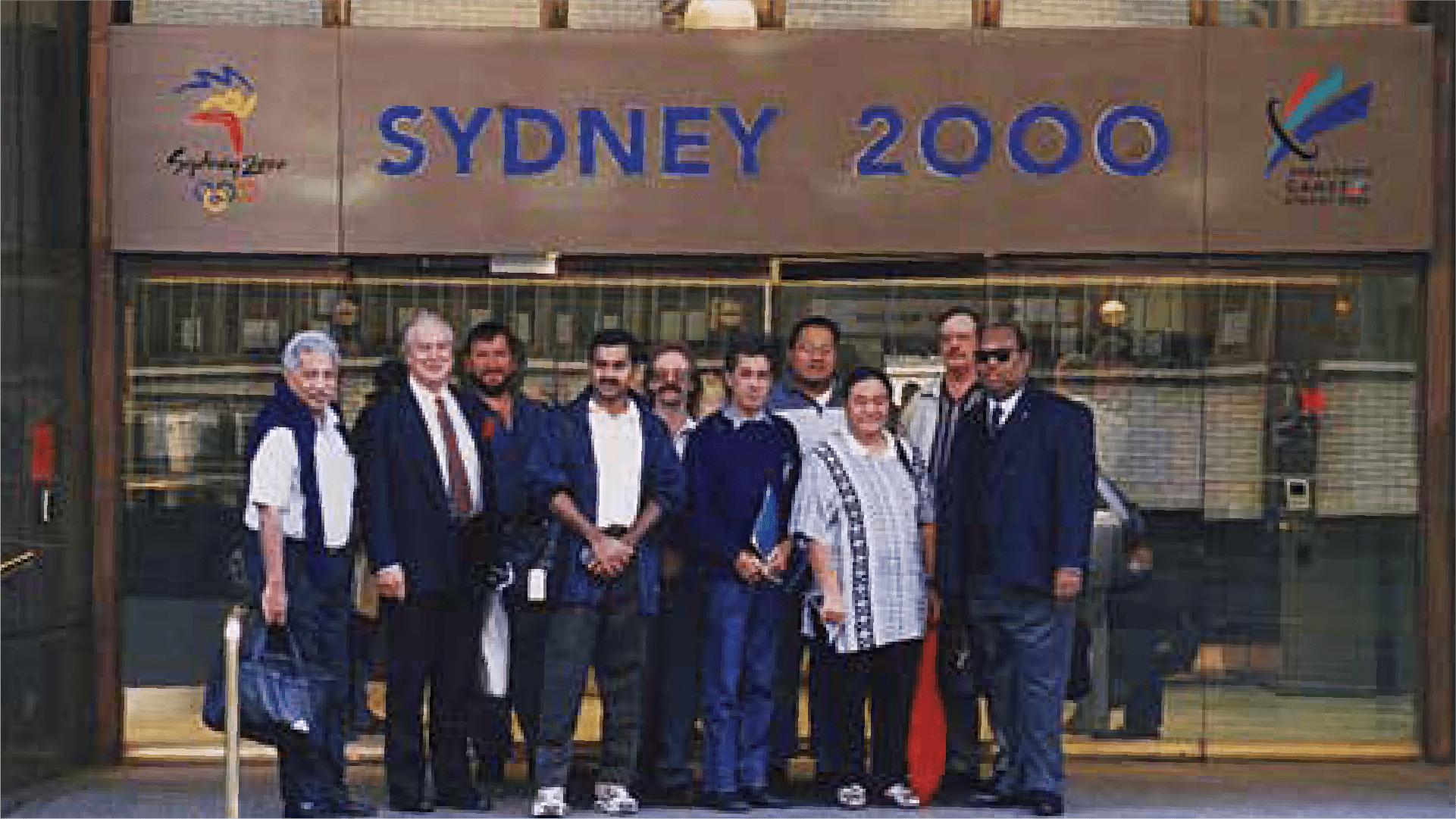 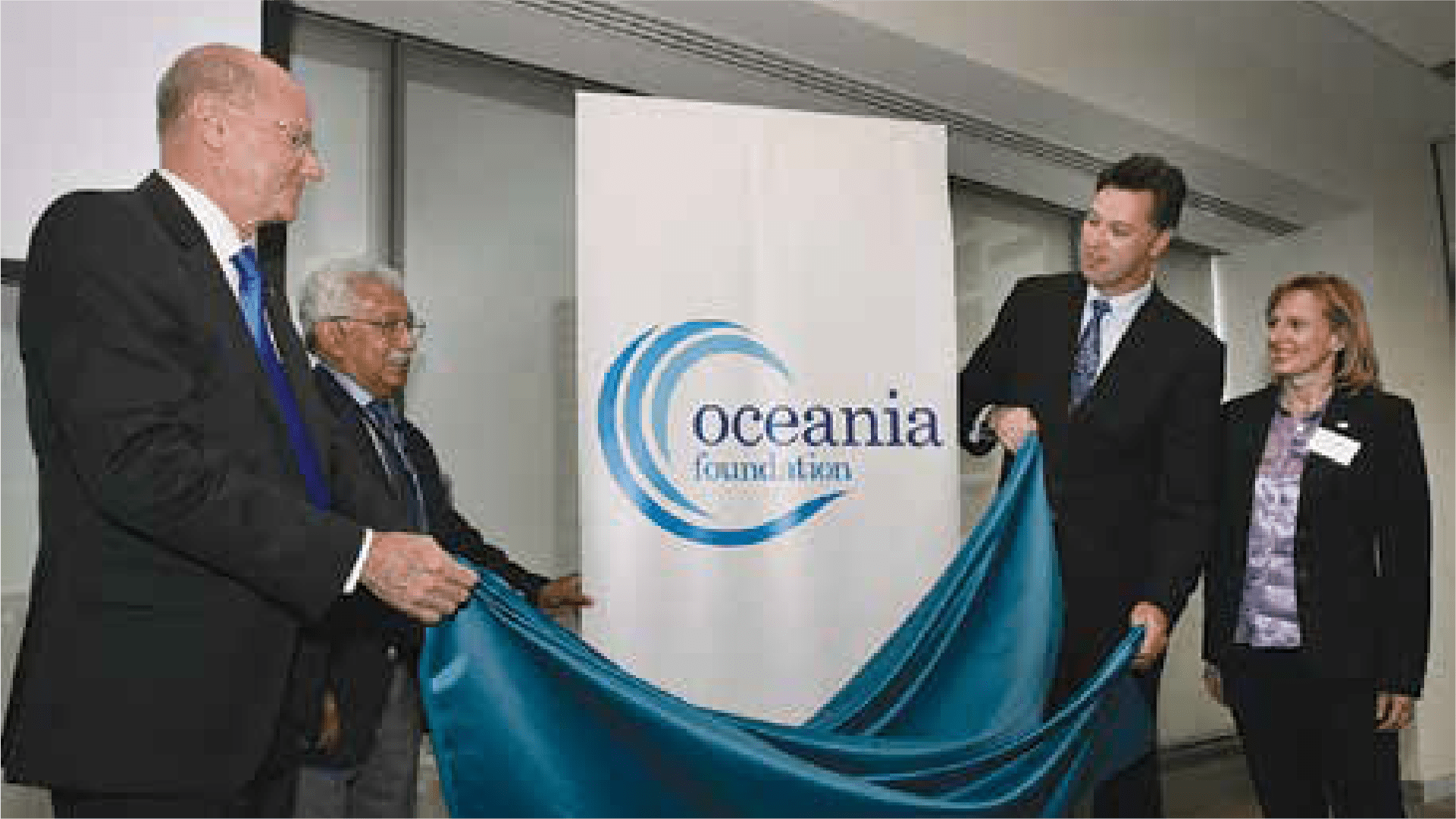 ONOC holds an Olympic Academy in Sydney attended by office bearers of all Oceania NOCs.

40 scholarships to Oceania NOCs by OOTC at AIS through joint funds from Olympic Solidarity and the Australian Government. 53 grants awarded to High Performance athletes from island NOCs funded by the Australia South Pacific 2000 programme. 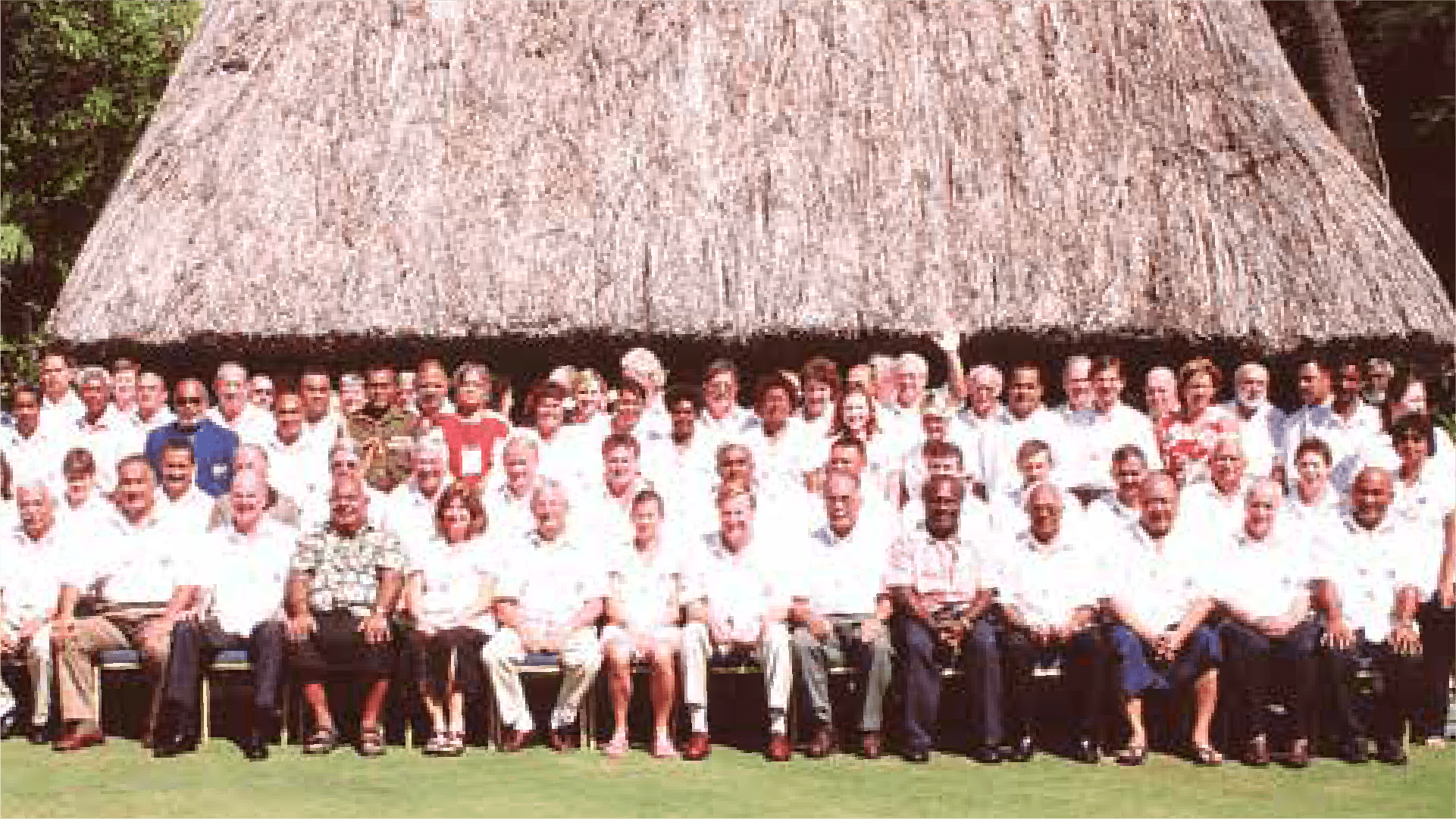 14 Oceania countries participate in Commonwealth Games in Kuala Lumpur Malaysia including Niue, Tuvalu and Kiribati for the first time. 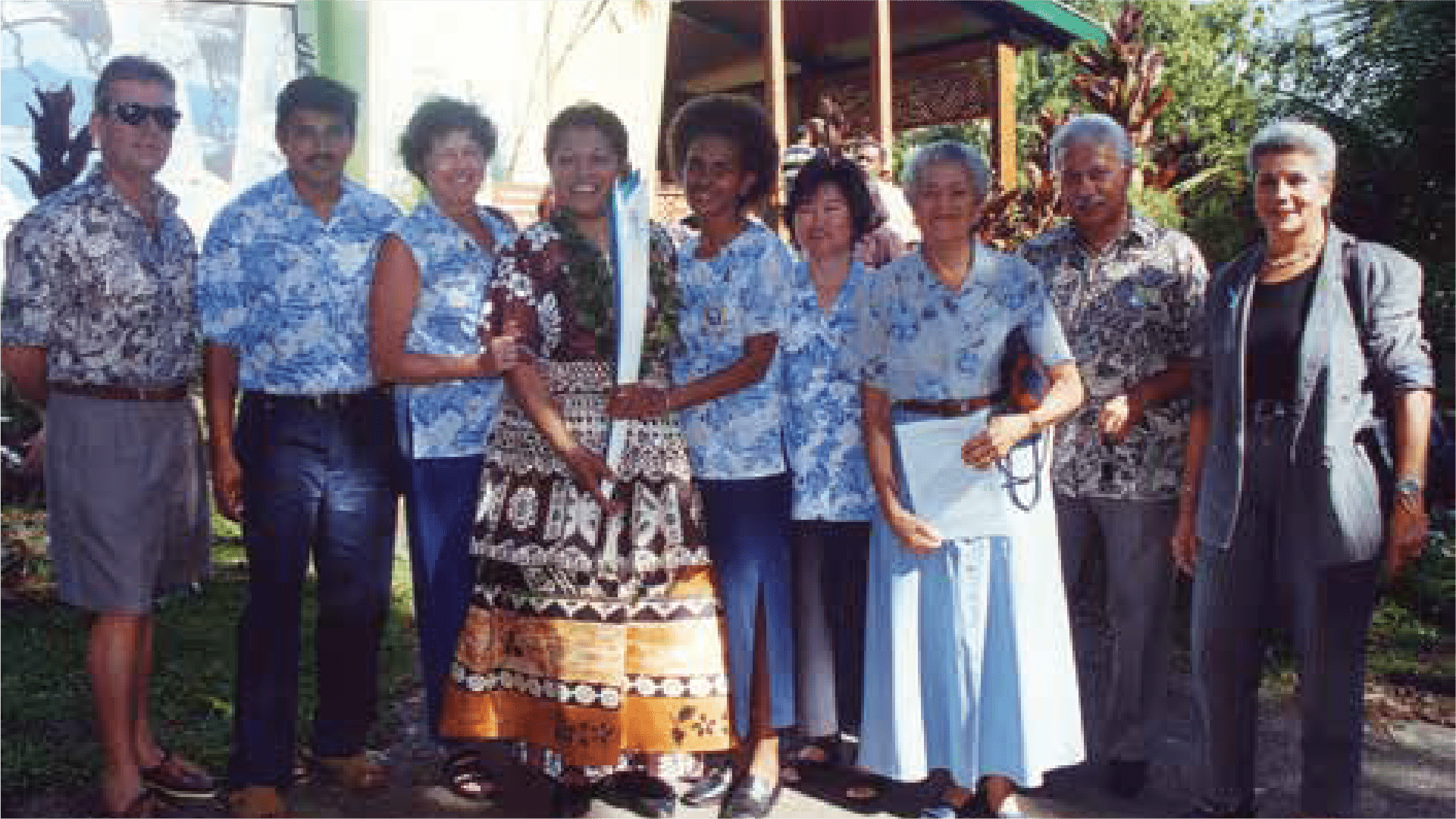 18th ONOC General Assembly held at Olympic Museum in Lausanne, Switzerland. The meeting is preceded by a workshop at the IOC Headquarters in Vidy looking at future plans for ONOC post-Sydney 2000.‍

Workshop for Women in Sport in Melanesia held in Port Vila, Vanuatu. 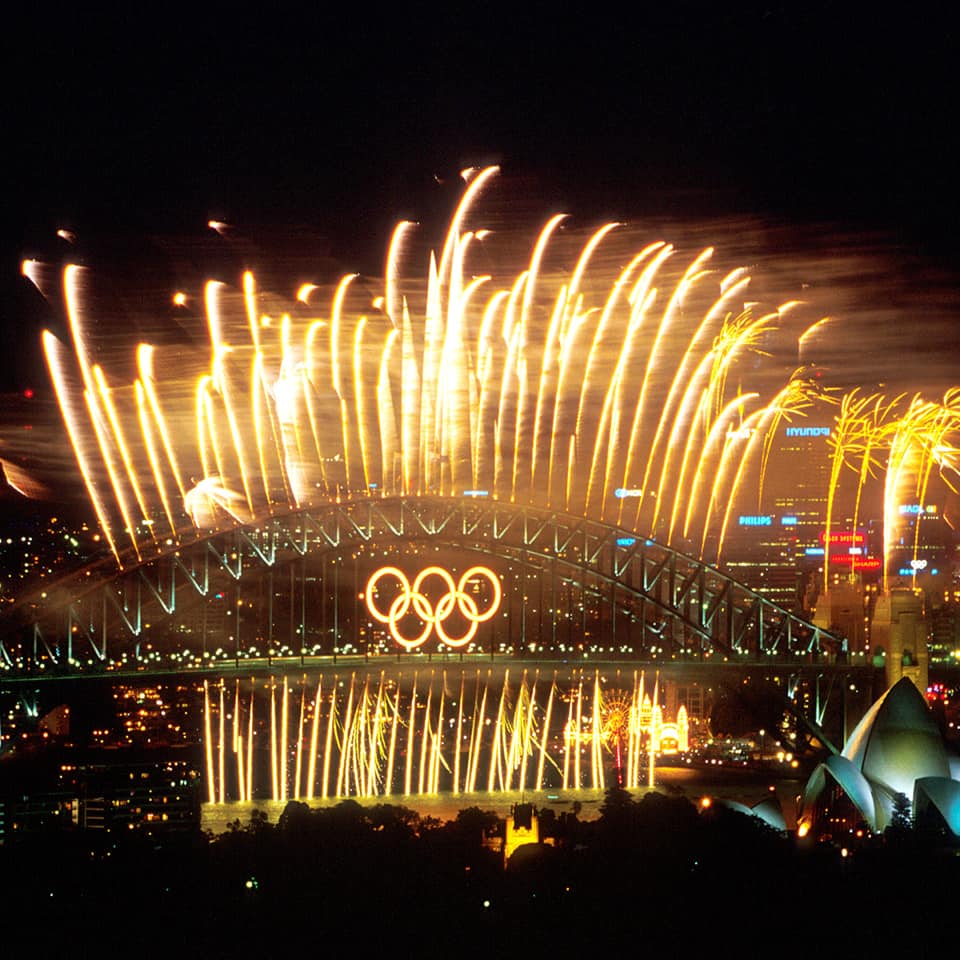 Sydney (Australia) hosts the Olympic Games.
[Details of this historic event in Oceania Continent included in ONOC History booklet to be placed in Resources Centre on ONOC website]. 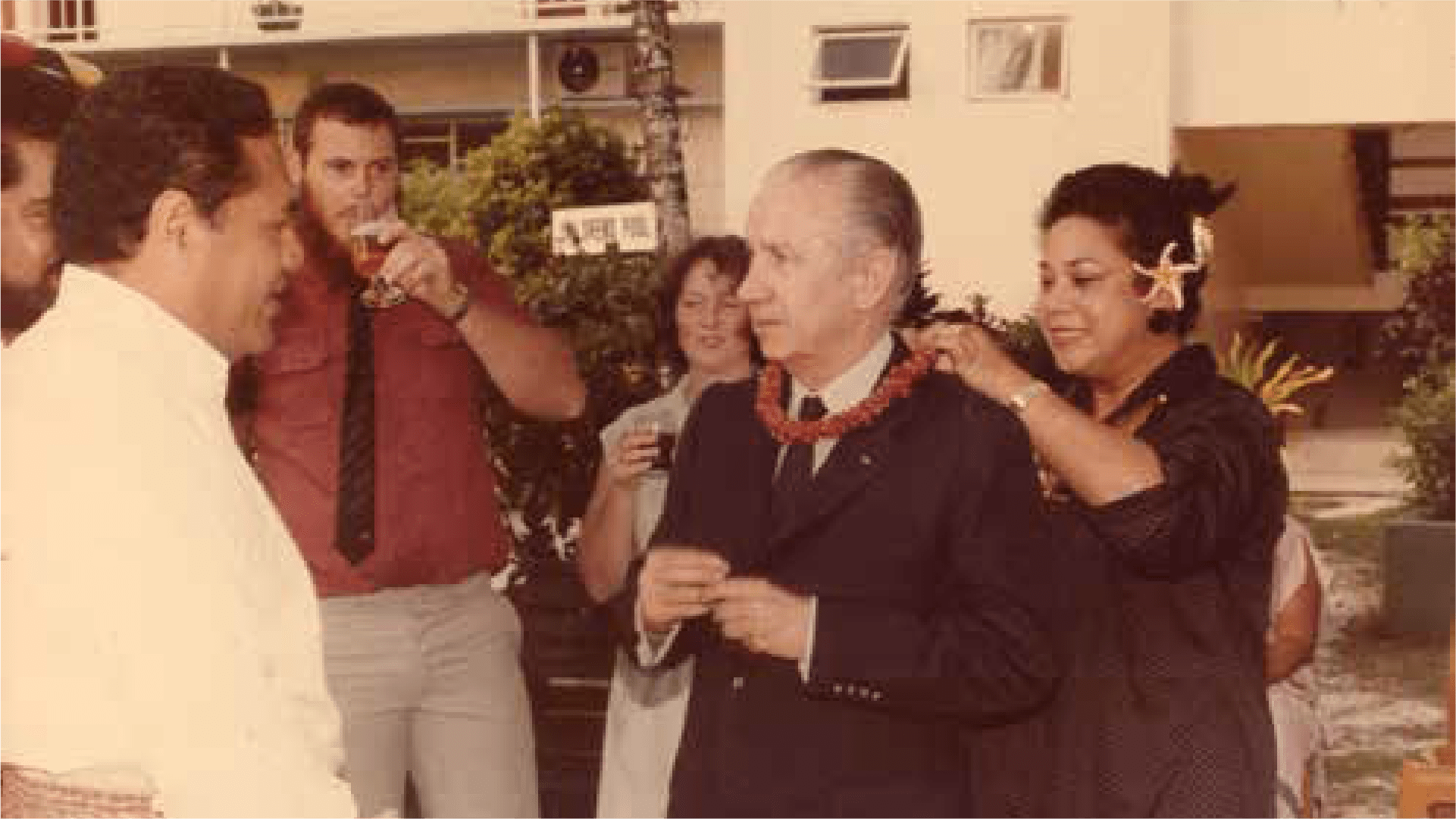 ONOC takes up responsibility for the control of the Olympic Solidarity programme previously managed from Lausanne. 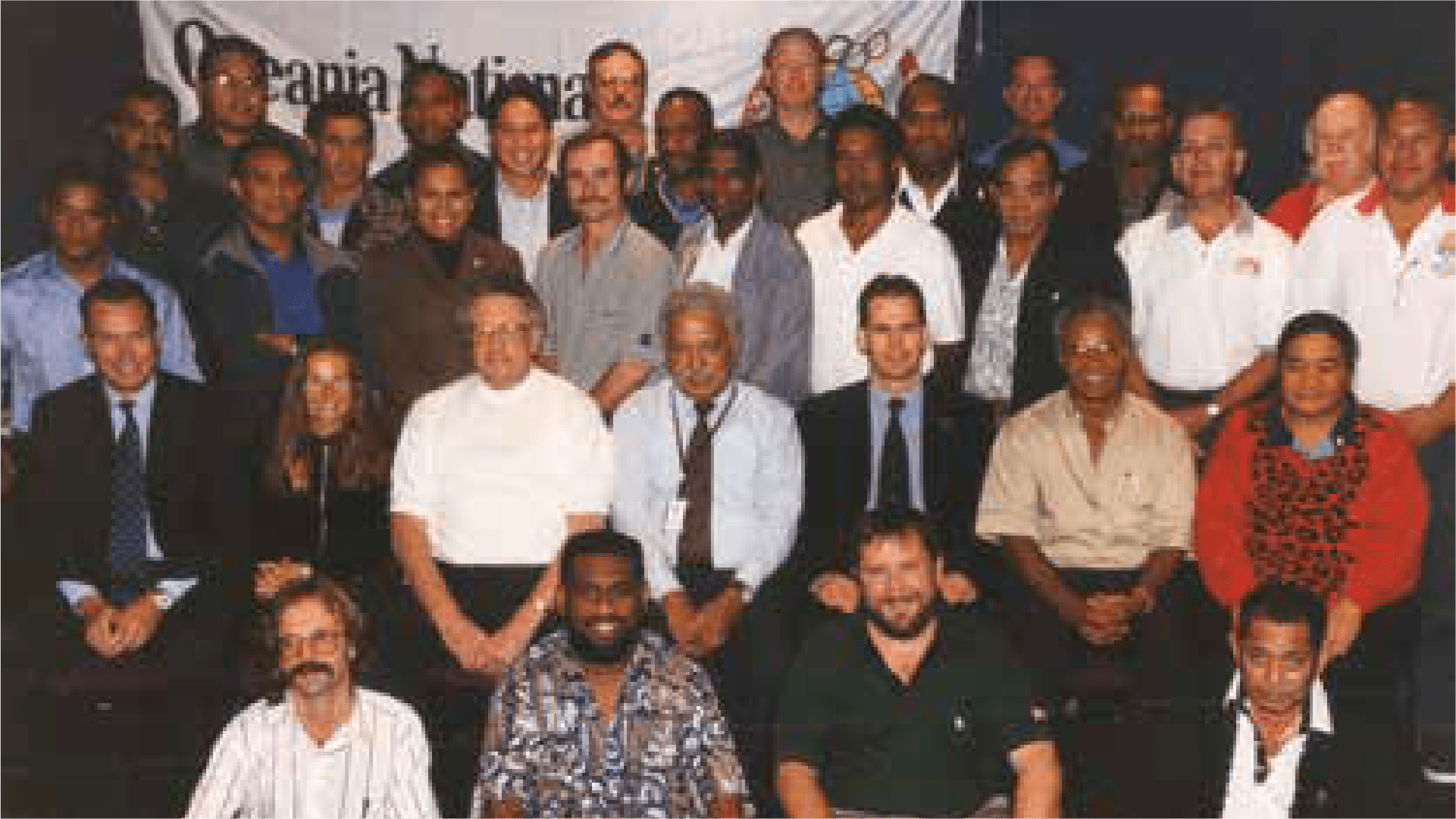 ONOC members attend Commonwealth Games in Manchester, England which becomes one of the most successful in terms of ONOC Pacific SIDS performances. 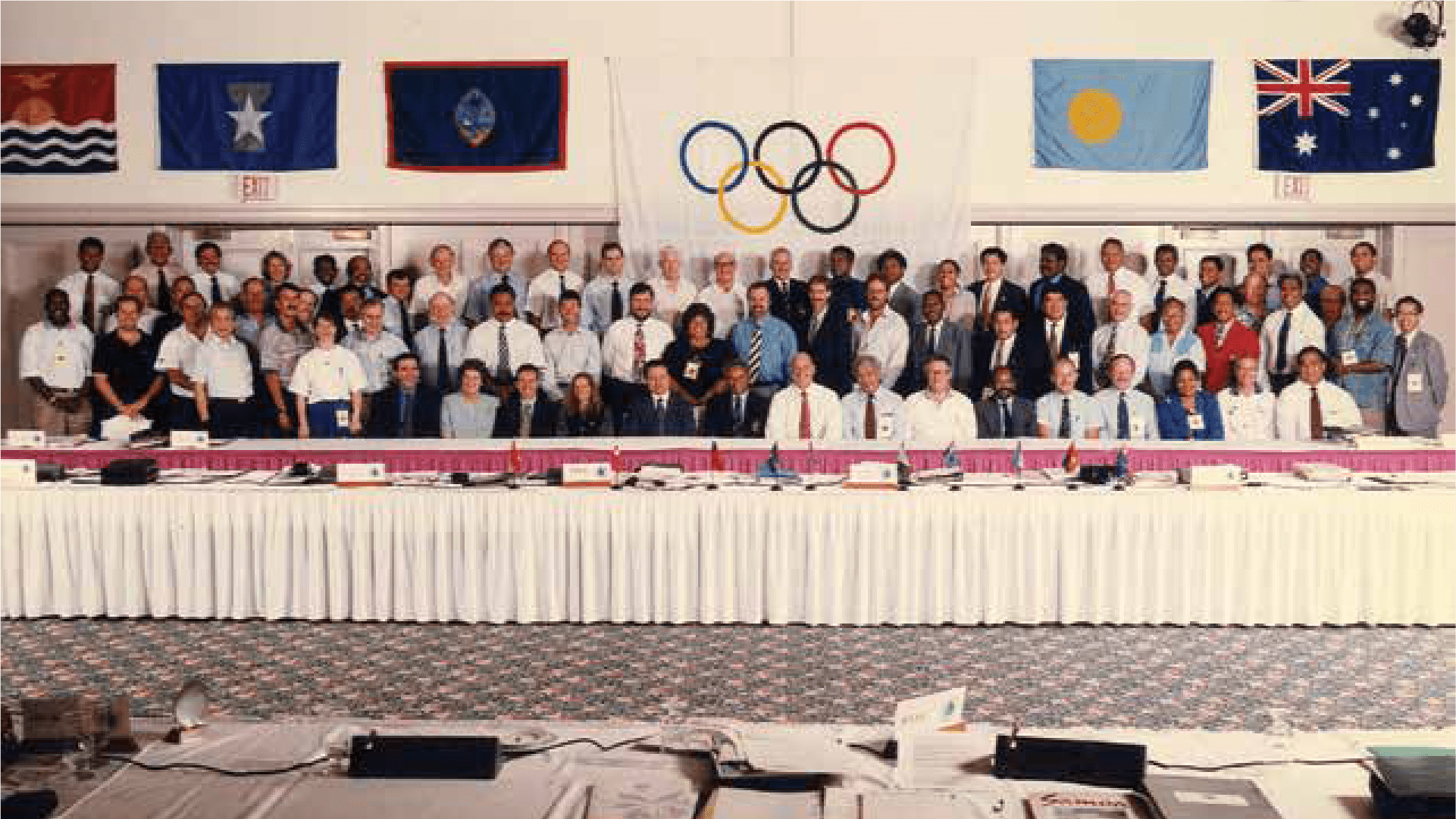 A regional database for athletes, coaches and officials established under the umbrella of Oceaniasport.

ONOC helps Organising Committee of SPG by establishing a Media and Results Centre staffed by NOC Sports Development Officers and selected media personnel from the region, and provides a ‘portable radio station’ to relay sports stories to the 22 member countries/territories of the SPG Council.

ONOC's work results in the establishment of a Regional Games Management and Sports Administration System, the first of its kind in the world. In partnership with the Australian Government and the Melbourne based company, Sporting Pulse, ONOC established a web portal that included a website for every NOC and their member National Federations, and a Web Based results and Games Management System for Regional and National Multi-sport Games as well as for the individual sport championships.

The first Olympoceania Projects got underway in Solomon Islands and Vanuatu – the establishing of HQs and income earning assets for the two NOCs. 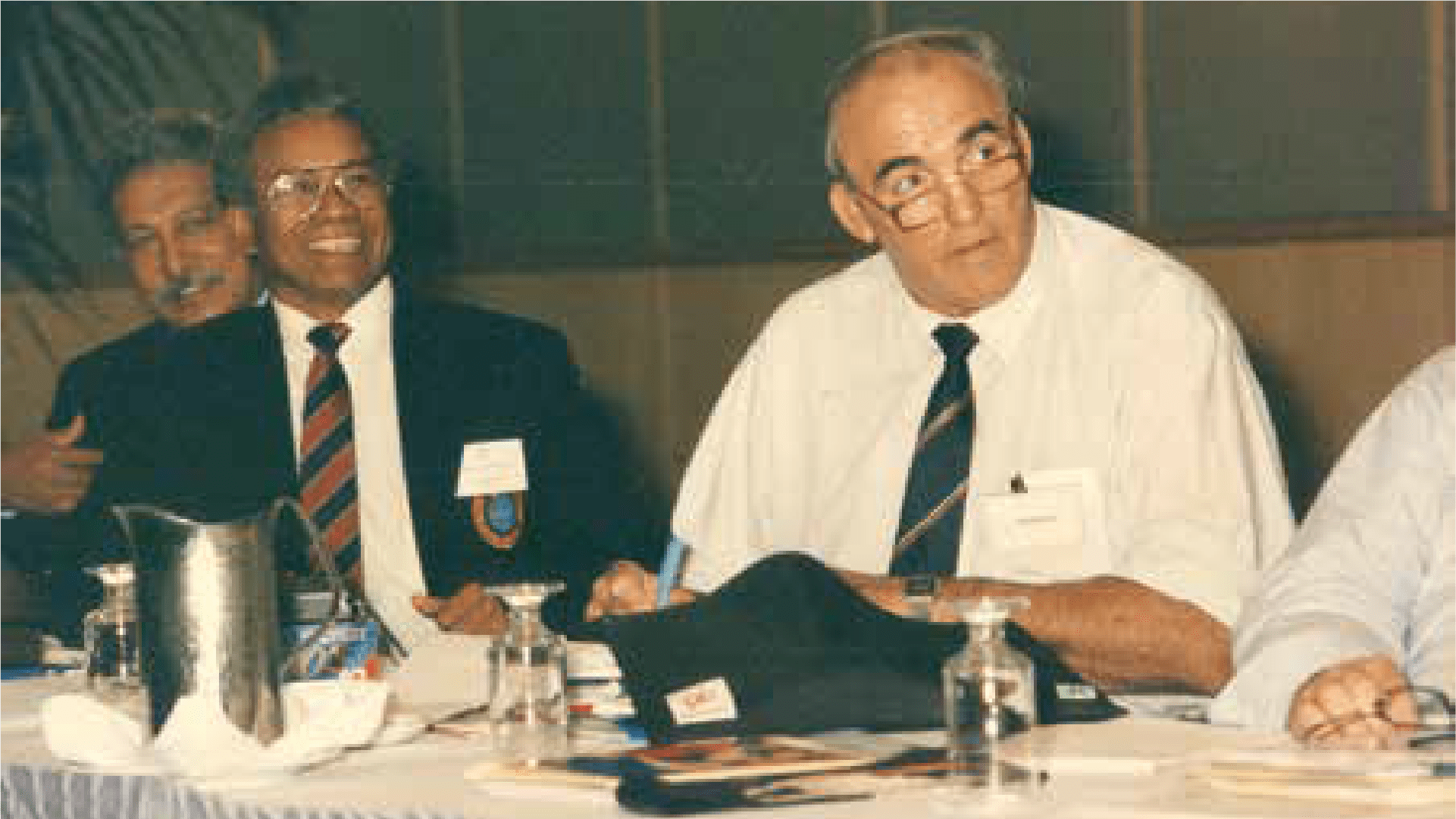 Sir John Dawanincura receives an Olympic Order (Silver) for his services to the Olympic Movement, and in particular, for his contributions to ONOC.

Sir Tay Wilson retires as an IOC Member and honoured with the Oceania Order of Merit along with ONOC’s first Secretary General, Julius Lockington Patching.

PIFS formally accepts ‘Sport’ as a legitimate Key Result Area in its Pacific Plan for the next ten years – a significant recognition by the Governments of the Pacific Region of the value of sport in the overall development of a nation.

ONOC establishes a combined administration, medical and IT Centre for Island Teams participating in Commonwealth Games in Melbourne to highlight performances.‍

The Republic of the Marshall Islands gain Olympic recognition.