The Oceania National Olympic Committees (ONOC) is one of five Continental Associations in the Olympic Movement and looks after the interests of 17 member nations from the Pacific Region including Australia and New Zealand.

Prior to the formation of ONOC, most countries and territories had amateur sports associations in place and these were run largely by volunteers, elected members of national sports federations, and in some cases, appointed by governments across the Oceania continent.

The formation of ONOC was the direct result of sweeping changes within the Olympic Movement after the election of Mr Juan Antonio Samaranch as President of the IOC in 1980. ONOC began from the surgery of ONOC President Dr Robin Mitchell and has evolved and grown to now have its Secretariat based on Gladstone Road overlooking Suva’s iconic Albert Park.

The Secretariat is directed and guided by the 2018 - 2021 ONOC Strategic Plan. It serves all NOCs and engages with all partners and stakeholders under goals set in the current Strategic Plan.

The core functions of ONOC which are implemented by the Secretariat include building and strengthening NOC capacity, cultivating regional and global partnerships, contributing towards sporting excellence, and leading by example.

Its strategic priorities are to provide NOC support; national training and development through the Oceania Sport Education Programme (OSEP); strategic partnerships and clean sports; preparation of athletes and NOCs through the Road to Tokyo; and board and administration compliance plus support services in administration, finance, human resources, events management, and communications.

The Oceania continent with its 17 NOCs and 7 Associate Members has uneven resources and capacity. The Secretariat works to bring parity through the vision and direction set by the ONOC Strategic Plan and it continues to be a work in progress.

OFFICE OF THE PRESIDENT 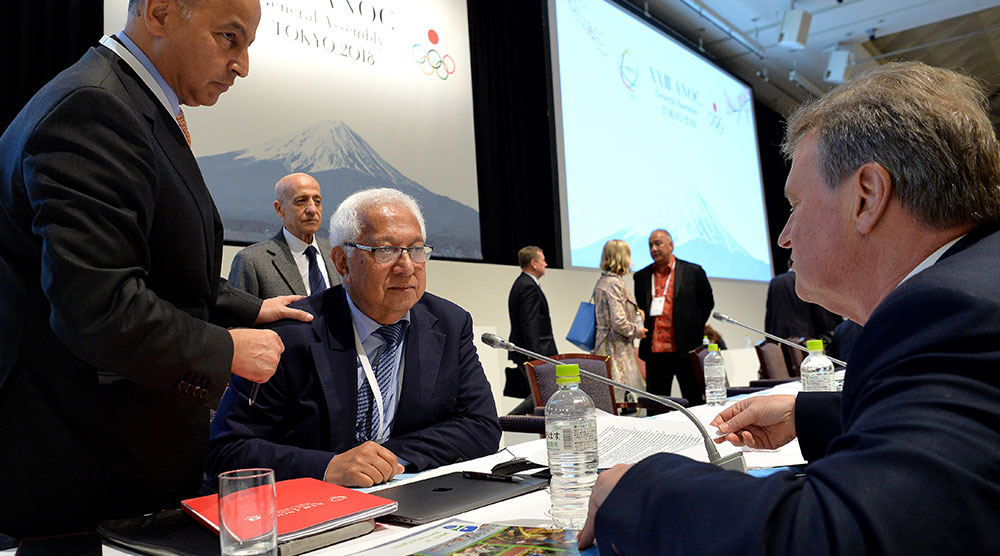 The Secretariat hosts the Office of the President of ONOC. Dr Robin Mitchell is based at the ONOC Headquarters on Gladstone Road, Albert Park, Suva. The Secretariat provides administrative support and Dr Mitchell provides oversight of the day-to-day operations of ONOC as and when needed given the Secretary General Mr Ricardo Blas is based in Guam. Dr Mitchell also holds the positions of IOC Member, IOC Executive Board Member, Chair of the Olympic Solidarity Commission, Vice Chair IOC Medical & Scientific Commission, Member of IOC Members Election Commission, Acting President of ANOC, President of ONOC, and Member of FASANOC Executive Board.

OFFICE OF THE SECRETARY GENERAL 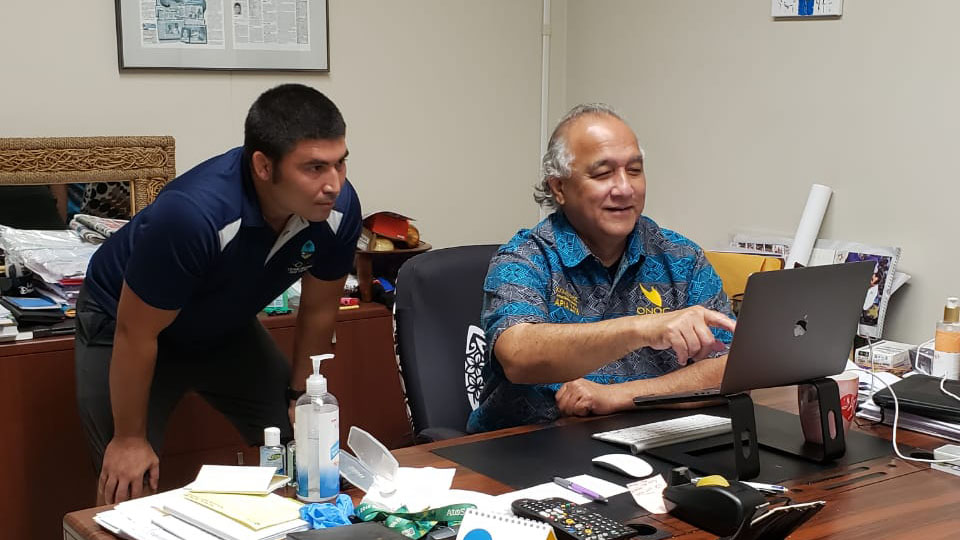 The Office of the Secretary General, Mr Ricardo Blas is based in Guam and the office is managed by Mr Michael Kohn. True to the nature of operations in the Pacific Islands, ONOC operates remotely via technological support with periodic visits aligned to regional and or international meetings. Mr Blas is also Member of the IOC Olympic Solidarity Commission, ANOC Executive Member, Secretary-General of ONOC, President of Guam NOC and President Oceania Handball Federation. 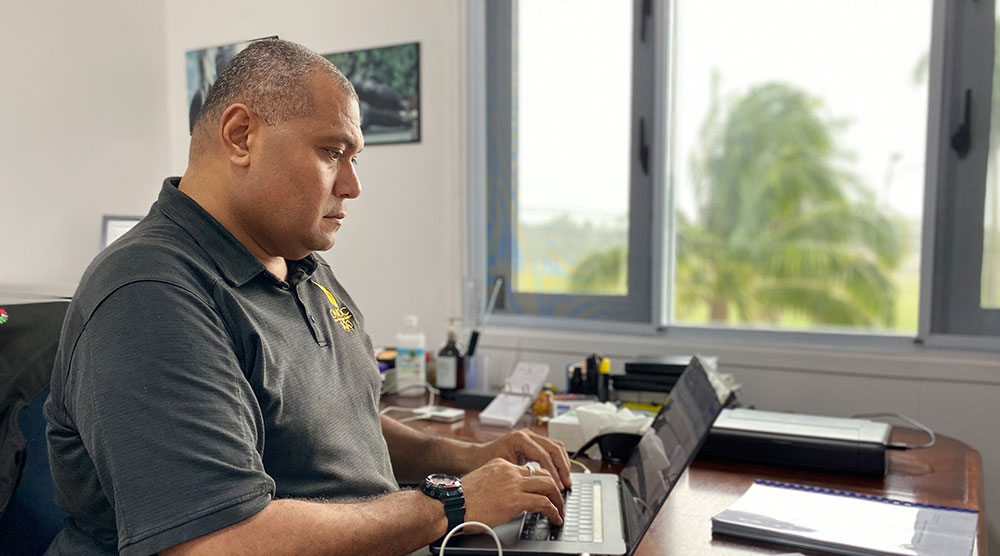 The ONOC Secretariat has a small Administration Team that provides support to both ONOC and to the 17 NOCs in the areas of administration, human resources, logistics and travel. 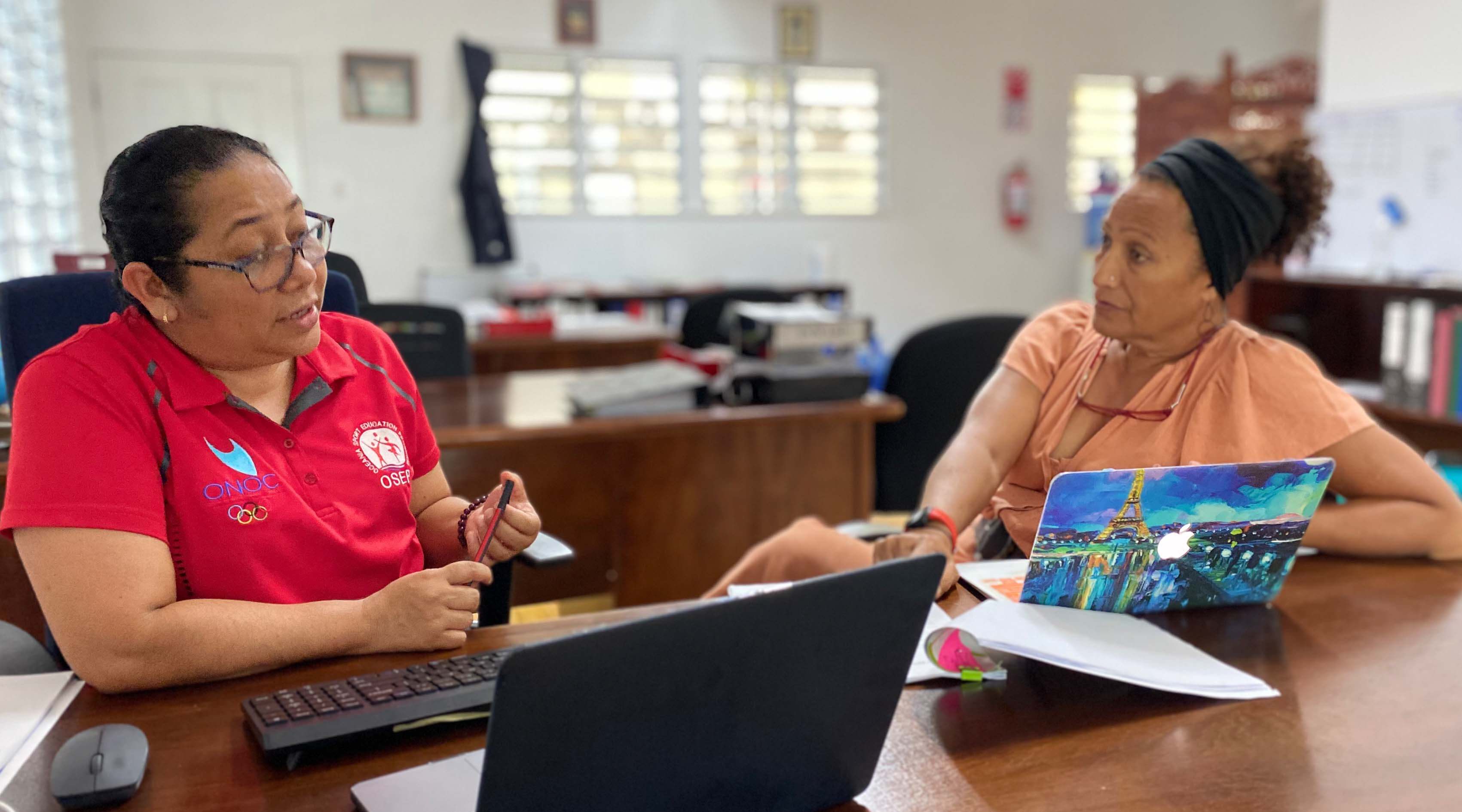 The ONOC Secretariat has a small Finance Team that provides core accounting and finance support to ONOC and the 17 NOCs through management of Olympic Solidarity Funds and capacity building according to the IOC Seven Principles of Good Governance. 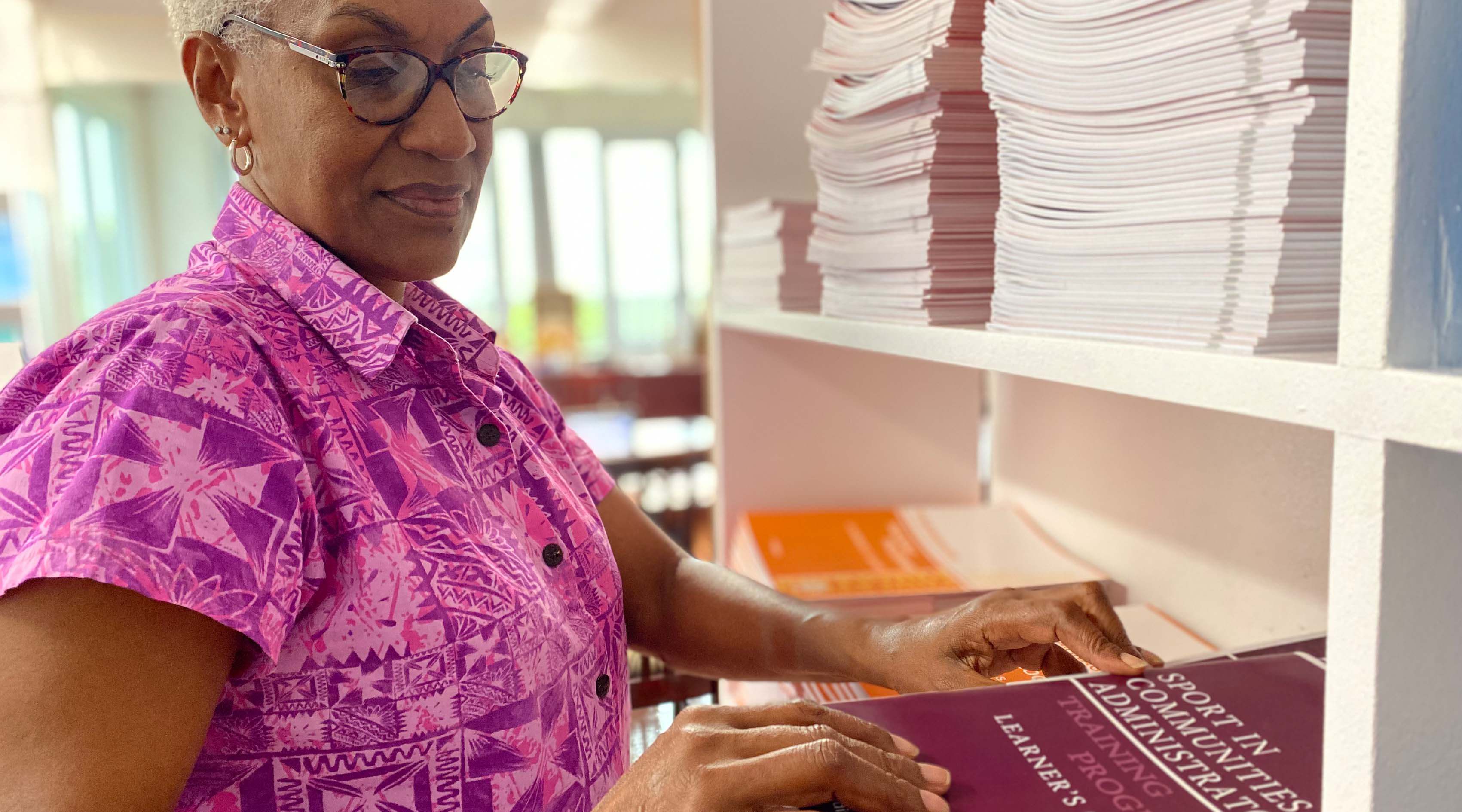 The Oceania Sports Education Programme (OSEP) is an innovative Pacific led sport education programme that has transformed and complemented capacity and capability development within the sports sector in the Pacific region in the last 12 years. OSEP was established in 2007 through a partnership between the Australian Sports Commission (ASC), the Organisation of Sports Federations of Oceania (OSFO) and the Oceania National Olympic Committees (ONOC).

Its coordination team operates out of the Secretariat in Suva, Fiji, working with OSEP Education Officers in zones ensuring decentralisation and access for beneficiaries. The officers work with accredited training providers and partners in 15 countries around the region. OSEP has established pathways from foundational to masters’ levels, frameworks, policies and procedures. These have supported the development and growth of NOCs, National Sports Federations (NSFs/NFs), Pacific-based sports coaches, volunteers, athletes, team managers, technical officials, administrators, teachers and relevant others. 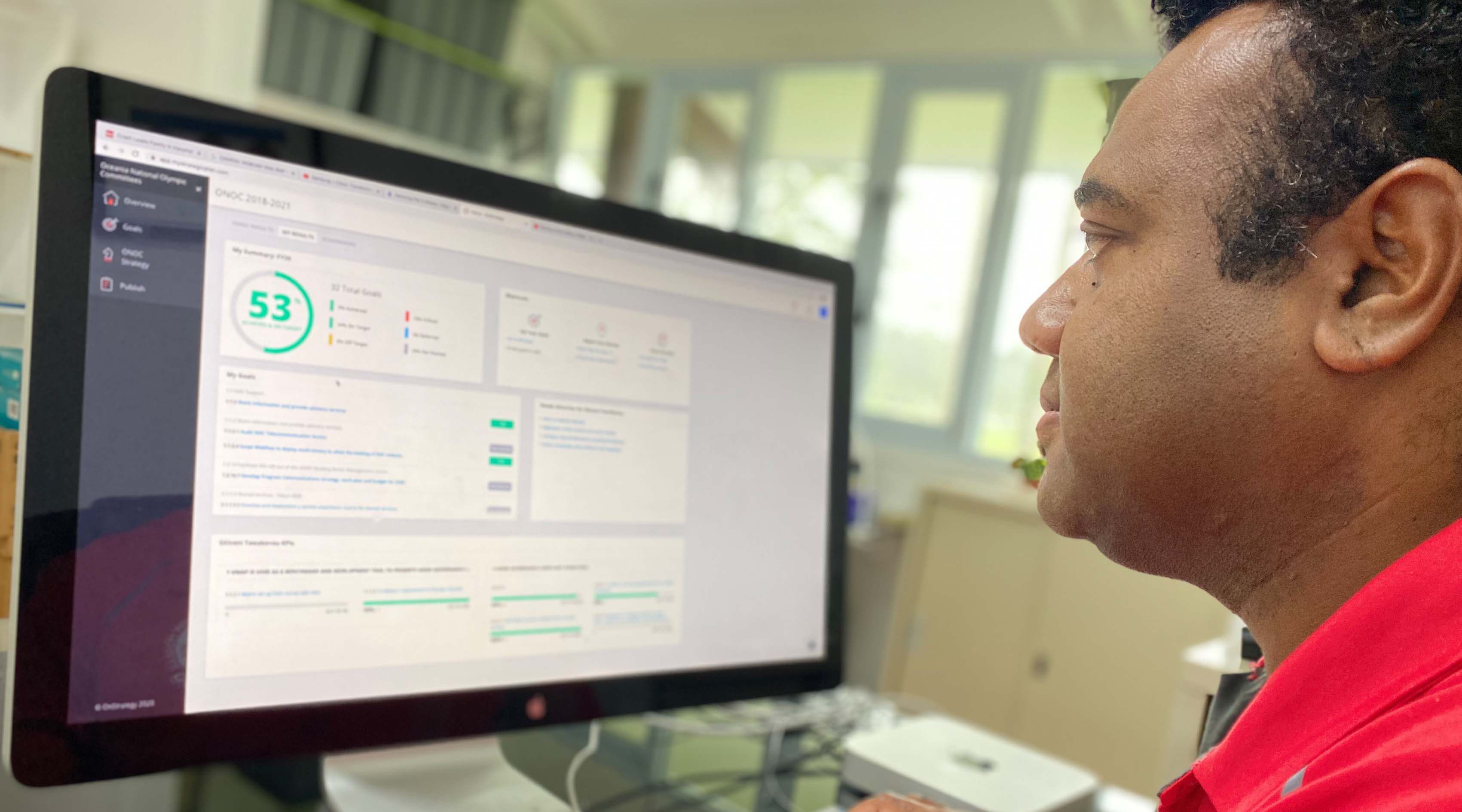 The ONOC Secretariat has a Technology Department that provides guidance through Information Services and technology support via management of overall IT infrastructure. It also provides services through the setting up of digital events. 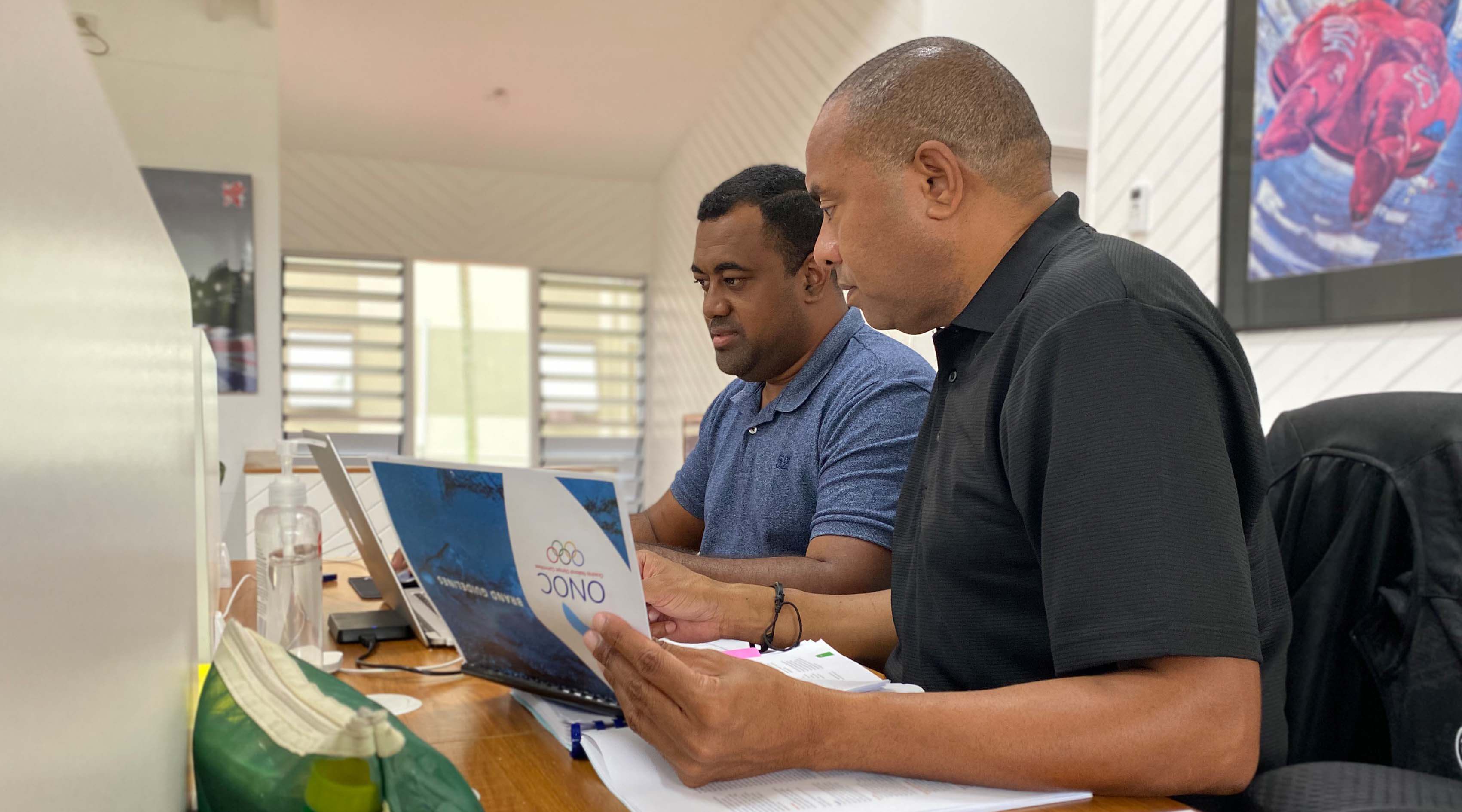 The Department has a mission ‘to deliver a Communications and Visibility Framework and Work Plan that will effectively inform and promote ONOC and the services it provides.’ To ensure the facilitation of consistent, reliable and credible information on the Olympic Movement in and through the Oceania Continent, the ONOC Communication Strategy is categorised into 4 Work Blocks which it structures and delivers services and products through internally, to external stakeholders and via support to NOCs.
‍
The Work Blocks constitute structuring and organising Institutional Communications Framework that will support ONOC’s corporate functions; structuring and organising Programme Communications Framework; supporting ONOC’s Information Services Team in the development of a robust Digital platform that strengthens ONOC’s presence internally (ONOC Extranet) and externally (ONOC website and Social media Channels); and to grow, upskill and build capacity through Training and Personal development opportunities.