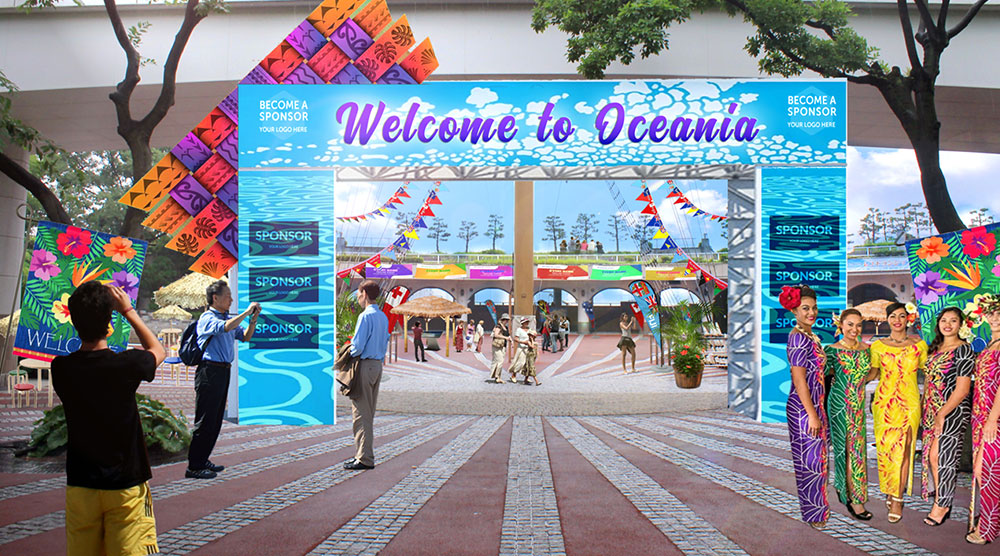 The Oceania Sport Alliance UK (OSA) is a partnership of organisations in the UK, set up as a direct legacy of the 2012 Olympic Games held in London.

Its origins rest in a Memorandum of Understanding between Northwest Development Agency in England and ONOC in 2008 for cooperation to support the pre-London 2012 Olympic Games preparation of athletes and teams from Oceania. The MoU also included preparation of Oceania athletes from eligible countries toward the 2011 Commonwealth Youth Games and the 2014 Commonwealth Games in Glasgow.

There was notable success in 14 ONOC members sending athletes, sports teams and officials to participate in more than 40 training camps for 34 different sports in the Northwest of England. This pre-Olympic Games training programme and its media component were very successful and the ONOC Executive Board formally endorsed the establishment of OSA at their Board Meeting in 2013 - one year after the 2012 Olympic Games in London.

OSA’s key role is to work with strategic partners in the UK and Oceania to develop programmes that deliver against identified needs aligned to its mission.

This relationship has strengthened over the years and its annual activities are available in all ONOC Annual Reports from 2011 to date.

‍Relationship with The Reporters’ Academy
‍Since inception, the OSA (UK) programme has partnered with The Reporters’ Academy to provide a strong media and visibility angle to athletes and teams from the Oceania Continent.
‍
The Reporters’ Academy is a not-for-profit media production company delivering a programme for young people between 14 – 23, providing young people the opportunity to produce ‘industry standard’ media coverage of local, national and international events. It is an empowering engagement that encourages youth media creativity which partners then showcase in their highest platforms.
‍
In the 2012 Olympic Games in London, it held the ‘London 2012 Inspire Mark’ and was the only youth media organisation to earn the honour of full media accreditation at the Games. Its Pacific training camp series of products were broadcast on all BBC Big Screens across the UK, in Australia’s ABC International News channel and was transmitted to 120 countries as part of a weekly television programme providing invaluable media visibility to the Pacific islands region and its ONOC member athletes and teams.
‍
The partnership even produced content at the 2016 Olympic Games in Rio de Janeiro where they covered a Pacific flag-raising, a cultural event among other purely sporting events.