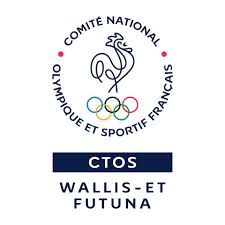 The CTOSWF is responsible for the development and promotion of sport in Wallis and Futuna and it plays a lead role in preparing athletes for regional and international participation in games.

The Context, Challenges and Opportunities
For context, the territory consists of two islands - Uvea (Wallis) and Futuna and it is an overseas collectivity of France (territory). Its total land area is 142 sq. km. Chief revenue is from French subsidies, licensing of fishing rights, import taxes, remittances from workers in New Caledonia.

Challenges include deforestation as a direct result of using wood as firewood (fuel), mountainous terrain prone to erosion, lack of freshwater resources, low soil fertility and an ageing population (since youth move out for lack of opportunity), and natural hazards such as cyclones.

Its agriculture sector is focused on coconuts, breadfruit, yams, taro, bananas, pigs, goats, and fish with 80% of the labour force engaged in agricultural production.   Its exports include copra, chemicals, and construction materials while imports include chemicals, machinery, and consumer goods (food).

CTOSWF works and operates in this context to promote sport and physical activity and its chief support comes from France.