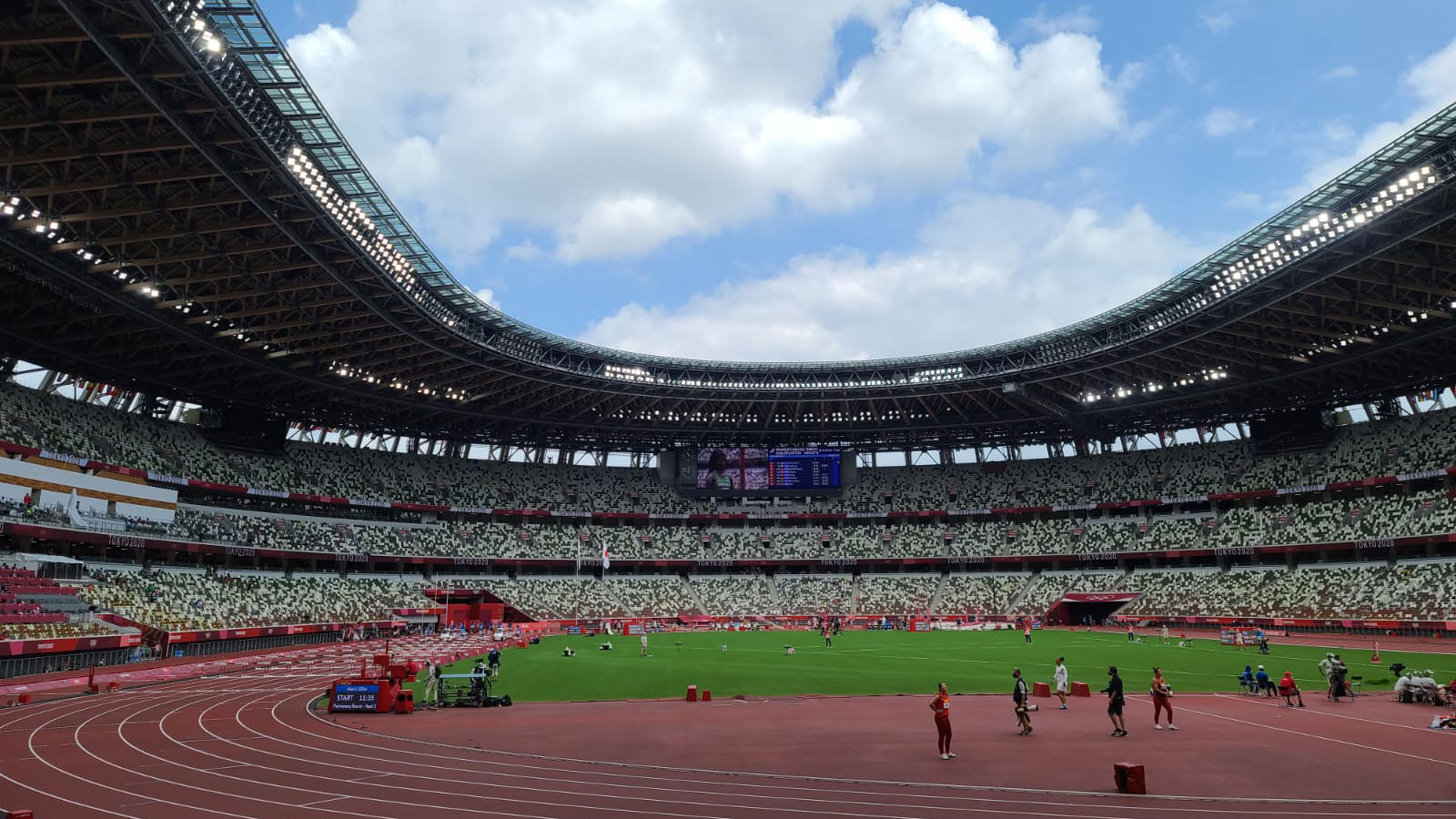 The Tokyo Olympic Stadium where opening and closing ceremonies for Tokyo 2020 Olympics were held. | Photo: PACNEWS/ONOC

One of the most critical conversations on spin-offs emerging from the sidelines of the Tokyo 2020 Sevens Rugby competition came through from Fiji’s Ambassador to Japan, Hon. Isikeli Mataitoga.

Speaking to ONOC Communications and its Official Tokyo Olympics Media Partner, PACNEWS, Ambassador Mataitoga underscored the importance of Fiji recognising that sports is a major source of revenue that can diversify the economy - taking it beyond tourism and fisheries.

Ambassador Mataitoga said this was relevant for other Pacific island countries as well.

“At the moment there is very little we can talk apart from fisheries and tourism as major sources of revenue but now with sports we can,” he said.

“We have sports men and women in all island countries of the Pacific.

“I’m trying to generate discussion at the regional level and I’m not getting any response or interest.

“There is a need for a change in mindset to realise that sports are a services sector that can generate huge foreign income for the countries,” he added.

“For us in Fiji, I have actually written it our foreign policy priority that sports diplomacy is pivotal because we have exchanges at high school level.

“There are now sixty-six players now that have come across from high school that have graduated to university level.

“Two of them are now playing for Japan’s men’s sevens team. They came through that scheme. It’s a stepping stone for these players to bigger things like a contract at the end of their studies.”

Ambassador Mataitoga spoke on Sevens Rugby as an example.

He said, “When we are talking about sports diplomacy in the context of Fiji, we really are just talking about one sport and that is rugby.

“Rugby is one sport that has taken us to the highest echelon of world rugby.

“Given what we have achieved here at the Olympics, there is a need for the Government to prioritise support toward this sport.”

The need to develop trade in services

He added that, “More more importantly is to develop what we call ‘trade in services’ infrastructure for sports.

“It means that we have people who need to be trained and qualified both academically and through experience in the area of contracting, sponsorship and all this expertise.

“We can’t continue to leave this in the hands of others because they will make their money, exploit our players and leave.

“The second area that needs to be considered is to specifically include rugby in ‘trade in services’. It is now a multi-million-dollar industry world-wide. If we manage it well, this can be a big source of income to Fiji. But to be able to do that you need to build the right infrastructure – sports science and training among other things.”

Ambassador Mataitoga further added, “For now, in Japan, we have brought in people from Fiji to come and do Master’s degrees here just to look at contracts for sportsmen and women from Fiji.”

He said this was so that there was professional expertise on sports contracts and this was an area that could attract a lot of money as it is currently led by experts from other countries.

On opportunities in Asia

“The other thing that we need to look at is there are other countries like Japan, China and many others here in Asia that have spoken to me personally that they want to attract some of our trainers in their country and also bring their players on a sabbatical arrangement to Fiji.”

On sports tourism and labour mobility with remittances

He said, “Again, that will contribute to increasing our tourism numbers and income coming in. In the last few years, imagine close to FJ$300million came to Fiji in sports remittances alone and that can double.

“We are blessed with natural talent in rugby, let’s not be narrow in the way we see things. If we have good players and they have good contracts, let them go, we will find new ones to replace them.

“Also, a lot of players who are getting these lucrative contracts come from poor and less fortunate backgrounds and signing up to a contract like this will help them to support their families back home.

“We have now won a gold and bronze medal in rugby. This basically means that the imaging of our players is going to go beyond the roof.

“The private sector in Fiji needs to come to the party, recognising this and placing money investing into rugby in Fiji and using it for promotional purposes and let the money go directly to the players so that they can do something useful for their families.

“There needs to be some think-through around the rules of trade in services,” Ambassador Mataitoga said.

How it works in Japan

He said, “Here in Japan if you get into the top league, in Kintetsu for example, one player gets paid roughly 1 million yen a month, that’s roughly FJ$21,000. That’s the kind of money our players are exposed to for contracts in the top league.

“For your information, of the sevens players who have gone back home, four of them have been offered contracts already. I’m not saying they will accept it but I know two are already going to France – Jiuta Wainiqolo and Maqala. The scouts here in Japan are already interested.”

Arguably one of the most important items Ambassador Mataitoga touched on was the importance of building a Pacific islands based infrastructure for trade in services and the importance of localisation of expertise.

He said, “In Fiji we are still depending on experts from overseas to do agency work for these players and yet we can do these work in Fiji.

For example, with the Drua team, initially we need overseas experts but let’s also get in locals to learn from the expertise of these overseas consultants so we can run and manage teams and players in Drua ourselves.

“The Drua team will definitely bring in a lot of money to Fiji but we have to say to them, we want to see that in three to four years those positions must be localised because we should have local expertise that can run and manage the team.”

In sport development, a key partner is the private sector and this could be improved in Fiji and other Pacific island countries.

Ambassador Mataitoga said, “Sevens rugby can be used to boost tourism straight away.

“We need to do this by getting private sector event management people to start organising high school, university and provincial rugby sevens competitions in Fiji, maybe three to four times a year.

“In Japan, every time I invite schools from here to Fiji, for every student coming, there are three or four family members travelling. If we do that, imagine the amount of money it will bring to the tourism industry.

“Also, here in Japan we are pursuing relations beyond government to

government relations and that is to provide private scholarships for 35 students to come and study in Japan.

“We bring in students who come from low economic backgrounds and schools outside of Suva because I don’t want the ‘who you know programme’ to come in.

“We have students from Lau, Kadavu and here on scholarship because it helps in lifting the livelihoods of these students and their families after they complete studies and find contracts to play here in Japan.”