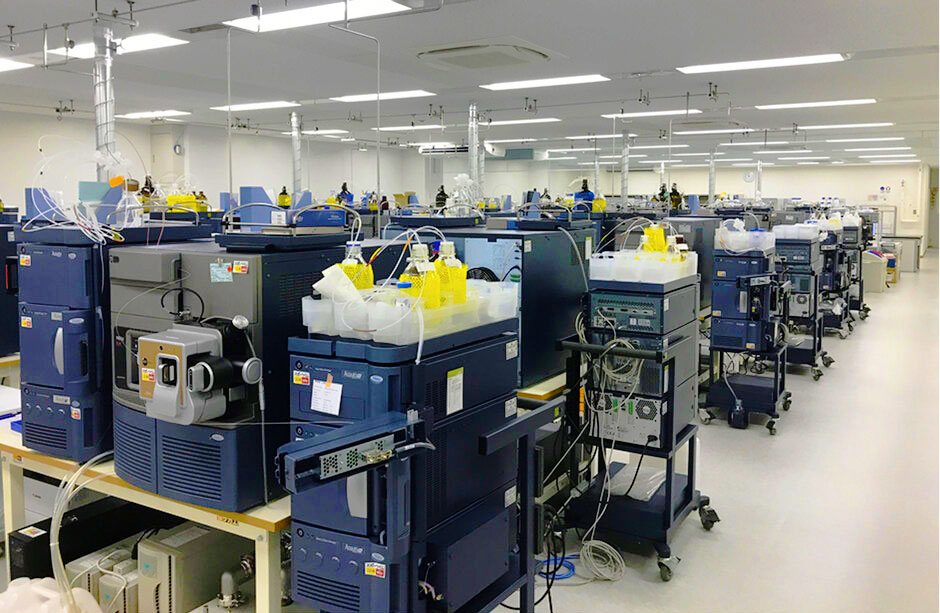 The WADA-accredited Tokyo anti-doping laboratory: operating around the clock to safeguard the integrity of the Games | Photo: World Anti-Doping Agency

Alfred and Finau are two of four Oceania DCOs selected for doping control services in Tokyo, the first for the International Olympic Committee’s (IOC’s) Summer Olympics. The DCOs are selected by the national organising committee of all Olympic Games, in this case, the Tokyo Organizing Committee for the Olympic and Paralympic Games (TOCOG).

Fourth is ORADO Doping Control Programme Manager Fatafehi Daunivuka (Fiji) who leaves for Tokyo, Saturday, for the Paralympic Games which runs from 24 August to 5 September.

Alfred shared, “Some of the important learnings for me are on the move toward paper less games, knowledge of the back office work [administration], and on the practicality of having a Doping Control Station Manager and Chaperone Coordinator.”

She also said challenges she faced included, “The long hour shifts, using trains as the public transport system, and on the importance of ensuring a good rest between shifts.”

She said, “I quickly adapted by travelling with other team members in order to manage the public transport system and reading of maps.”

She added that the key takeaways from the Tokyo Games for her include two items: ensuring confidence in the process of sample collection [urine and blood], and ensuring the athletes are well versed with the process allowing them confidence when selected for doping control.

For Mosese Finau, the most challenging item was the fourteen-day quarantine which was divided into a three-day self-isolation followed by eleven days of limited movement from the hotel to the athletes’ village for training prior to the opening of the Tokyo Games.

He said, “The challenge was ensuring that we were covid protocol compliant in order to maintain a negative status as far as daily PCR Saliva Tests were concerned.”

“The following 15 days of travelling via public transport using the train to get to several venues where I was deployed for DCOs duties was a challenge.

“There was no other way to address the issue but fro familiarise myself with finding my own way to the right station and boarding the right train guided by a map provided by Tokyo2020 Testing Team.”

In terms of lessons from the Tokyo Olympics, Finau said, “We have to create a structured system with respect to processing athletes at the Doping Control Station.

“The designation of roles and responsibilities, especially the positions of Doping Control Station Manager [DCS-M], Doping Control Officer Coordinator [DCO-C] and Chaperone Coordinator [C-C] ensuring a smooth operation from the point of notifying an athlete, entry and exit, processing, sealing and chain of custody, reporting, and dispatching”.

Finau also said that the paperless system through the MODOC Application used in Tokyo allowed for a more effective sample collection process and it was user-friendly and accurate, leaving no room for errors.

Speaking from his COVID-19 quarantine facility in Fiji, Daunivuka shared the process of becoming an International Doping Control Officer.

He said, “the opportunity is open in Oceania to all DCOs accredited with ORADO. Before the Olympic Games, an application form is distributed within the ORADO network and DCOs can apply.

“This is why it’s important for DCOs from the National Anti-Doping Organisations or NADOs to undergo regular training and capacity building to keep unskilled.

“ORADO then endorses the applications and its is forwarded to the World Anti-Doping Agency [WADA] for their database. The selection is done by the local organising committee of the Games, in this case, it was the Tokyo Organizing Committee for the Olympic and Paralympic Games [TOCOG].”

Daunivuka said, “Oceania was very privileged to have four of them selected from the many that applied from all over the world through their various regions.”

He leaves for Tokyo on Saturday 14 August.