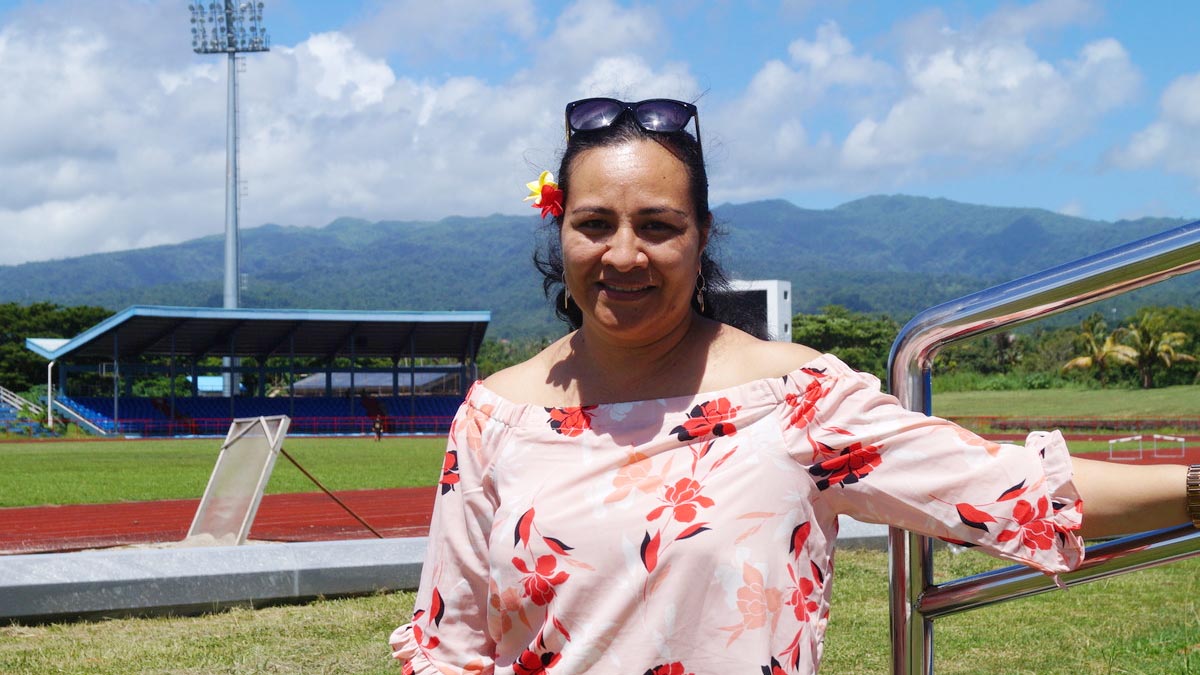 The Oceania Regional Anti-Doping Organisation (ORADO) reached a milestone with four Pacific Islanders being selected by the Tokyo Organising Committee for the Olympic and Paralympic Games (TOCOG) as International Doping Control Officers (IDCOs) - a first in the Summer Olympics - second in the overall Olympic Games cycle.

According to ORADO Chief Executive Officer Natanya Potoi, “Our first engagement with the Olympics was in the Winter Games, the 2010 Vancouver Winter Olympics.

According to Potoi, three Doping Control Officers (DCOs) from Oceania provided doping compliance services at the Tokyo Olympic Games and another is under quarantine to travel for the Tokyo Paralympic Games which runs from 24 August to 5 September.

The DCOs from the Pacific islands selected for the Tokyo Olympic Games (making them International DCOs or IDCOs) were: Nyla Alfred (Fiji), Felicia Ballanger (New Caledonia) and Mosese Finau (Fiji).

The lone IDCO from Oceania covering the Tokyo Paralympics is Fatafehi Daunivuka (Fiji).

However, before the selection of the IDCOs from Oceania, ORADO, like in all Olympic Games preparations, rolled out its doping compliance programmes for athletes and officials through its fifteen member National Anti-Doping Organisations (NADOs) several months before.

This is part of its core work with the World Anti-Doping Agency (WADA) and a regular addition specific to games time aside from the regular annual work it commits to on doping compliance education, training, and management of expert human capital who advocate and lend technical skills in and out of games for testing requirements of athletes and officials in Oceania.

Potoi said, “ORADO’s contribution to the Clean Sport and Doping Free Games in Tokyo is by ensuring that coordinated and effective anti-doping programmes are being carried out in our Oceania region.

“These focus on prevention of doping through communication and education in order to raise awareness through values based training. The emphasis is on the prevention of both intentional and unintentional anti-doping rule violations.”

Potoi added that ORADO’s “Play True educators conducted education and information sessions related to the WADA 2020 and 2021 Prohibited List of Substances and Methods, the eleven anti-doping rule violations, doping control procedures for sample collection and testing for athletes, and therapeutic use and exemption procedures.

“They also focused on the roles and responsibilities of athletes and athletes’ support persons and Tokyo2020-specific doping control information, and on the anti-doping rules and regulations.”‍

Potoi also described the specific support that ORADO ensured for the Tokyo 2020 Olympic Games preparation in island countries prior to the actual games in Japan.

“Our Doping Control Officers (DCOs) conducted In-Country Out-of-Competition Testing Programme from 2020 to 2021,” she said. “This is done in partnership with the Tokyo 2020 Testing Team, the International Testing Authority (ITA), the World Anti-Doping Agency (WADA) and with ORADO member countries through their representative to ORADO”.

Potoi shared that nine Pacific island countries conducted education and Doping Control Programmes ahead of the Tokyo Olympics. These involved a total of thirty-six comprising twenty-two DCOs and fourteen Chaperones.

Marshall Islands and Tuvalu individually partnered with Fiji in reciprocal engagements for this programme.

Potoi also shared that a challenge faced by ORADO in terms of support to Tokyo 2020 was the logistics of shipment of equipment and other resources to member countries under the current COVID-19 pandemic restrictions.

“Getting equipment and other resources across in a timely manner was a challenge due to flight cancellations and limited available options,” she said.

“The movement of the Doping Control Officials (both DCOs and Chaperones) to collect samples from athletes due to COVID-19 related restrictions and regulations was a huge challenge.

“We were only successful because of good planning, flexibility and communication both by ORADO and all stakeholders involved ensuring successful completion of the needed tasks and activities.”