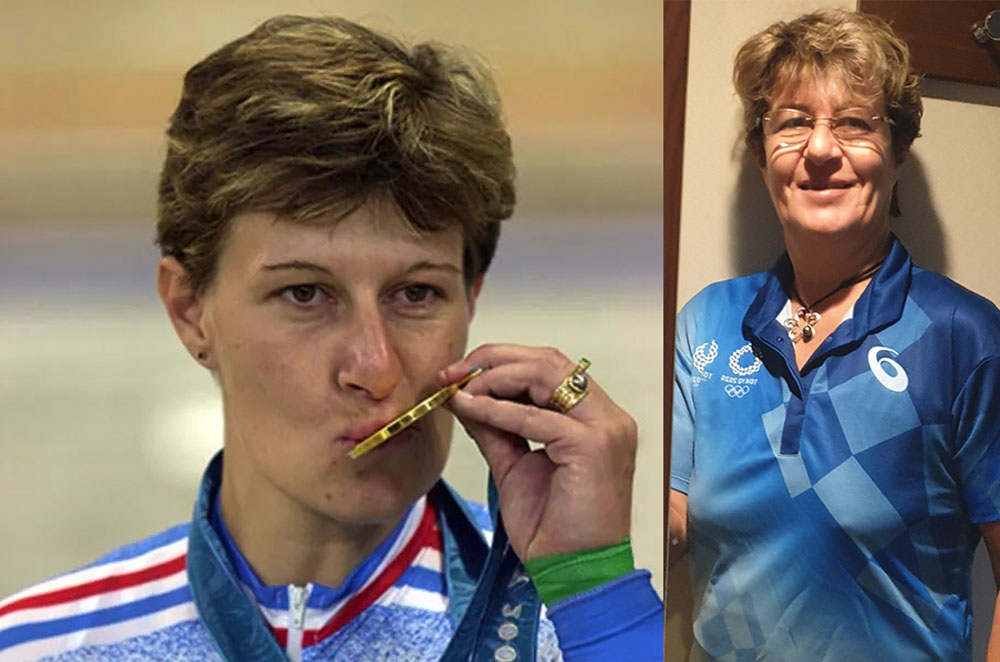 Oceania’s fourth International Doping Control Officer (IDCO) in Tokyo achieved the highest awards possible in a field of sport, then out of personal choice, retired into relative obscurity in the world’s largest ocean.

Felicia Ballanger, passionate about Clean Sport and the spirit of Play True is an accredited Doping Control Officer with the Oceania Regional Anti-Doping Organisation (ORADO). She is based in New Caledonia.

Ballanger won five consecutive World Championships in cycling from 1995 to 1999. She studded that winning streak with three Olympic gold medals: one in the Sprint at the 1996 Atlanta Olympics and two in the 2000 Sydney Olympics - one in the Sprint and another in the 500m Time Trial. She made her debut at the 1992 Barcelona Olympics where she placed fourth.

This background is important to underscoring the post-sport career pathways of other athletes in Oceania, particularly those leaning toward clean sport and are passionate about giving back.

Key lessons worth replicating in Oceania

Speaking from Tokyo, Ballanger said that one of the biggest lessons for her was, “how to work and organise doping control in a large event such as the Olympic Games, especially in relation to International Federations [of various sport].”

This is interesting coming from Ballanger because she has previously managed doping control in Oceania at the Pacific Games in NCL where she managed 90 DCOs and Chaperones to conduct 341 In-Competition-Tests (ICT) over 15 days.

Ballanger also said, “the distribution of roles within the doping control stations” was also a lesson worth replicating because it made the process of sample collection efficient.

She also shared that the digitalisation of the doping control process through the MODOC app, ‘is really very practical and simple. It is intuitive and limits the use of paper and is also faster.

“We would have to find out more in order to be able to use it in our countries and territories.”

Ballanger has always brought the benefit of hindsight from the perspective of a retired elite athlete. This provides context with regards to her career and organisations that the International Olympic Committee (IOC) has assisted the creation of, and worked with to ensure clean sport.

At the time of Ballanger’s last Olympic Games outing where she bagged two gold medals in Sydney 2000, the World Anti-Doping Agency (WADA) was barely a year old, only eleven months old to be specific. WADA was established on 10 November 1999 and the Sydney Olympics were held from 15 September to 1 October 2000.

This Games and doping control perspective from an elite athlete and former French sport administrator for cycling in France is important to informing and building clean sport in Oceania.

This context grounds the passion for clean sport and the celebration of clean athletes that sits at the heart of Ballanger’s commitment to doping control in Oceania.

Challenges and lessons from Tokyo

Her humility is evident in the challenges she listed from Tokyo. Ballanger said, “My first challenge was to see if our [Oceania] way of working was in line with what is done in the four corners of the world.

“I have found that even though we are small countries and territories we have the same way of working globally.”

She added that, “My second challenge was to learn to master the MODOC application which replaces paper during the doping control process.

“The online training before the Olympics was good. The app is simple and everything went well during the actual doping control [process in Tokyo].”

Thirdly, Ballanger learned how to collect blood samples from athletes as part of the doping control programme.

She said, “Personally, I had never done a blood sample collection so this was a third challenge.

“I was able to do several during this mission so I know how to do this now.”

Ballanger is one of the increasing number of people in the Pacific islands stepping up to learn, advocate for, and train for tangible contributions to celebrate clean athletes in every sport.