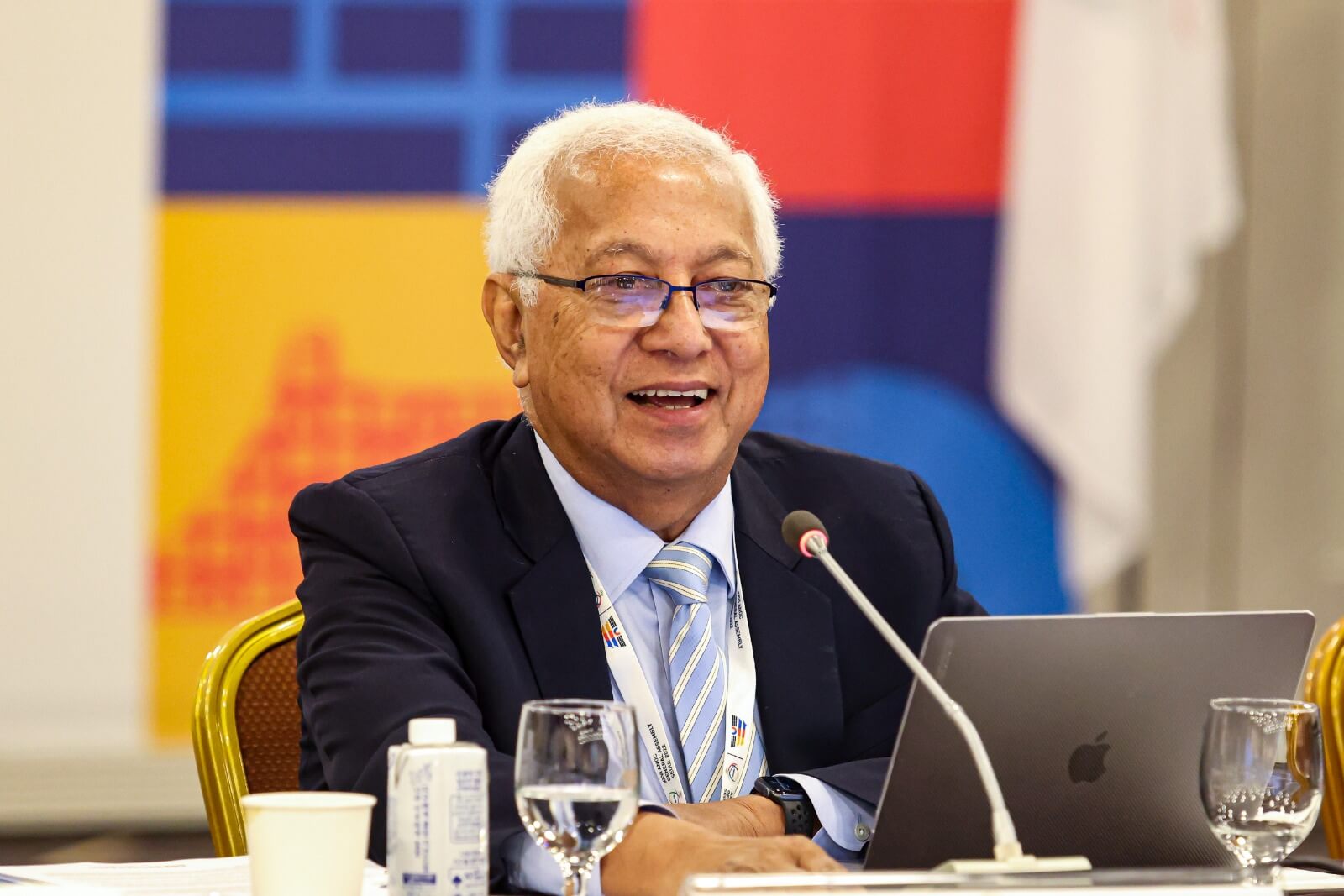 Dr Robin Mitchell’s sporting career began as an athlete in the 110m hurdles and in field hockey. The world opened up when Mitchell undertook Team Doctor role for Team Fiji and progressively moved to sports administration. | Photo: ONOC

Congratulatory messages and accolades are coming in for ONOC President Robin Mitchell recognising his election as President of the Association of National Olympic Committees (ANOC) at the ANOC General Assembly in Seoul, Korea yesterday.

It was already evening in Suva, the end of a quiet workday in Mitchell’s city of residence in his homeland, Fiji - as quiet as the humble, unassuming medical doctor whom 97.25 percent of National Olympic Committees of the world had just voted in as their President – a position Mitchell had acted in since 2018.

Among the first to respond to President Mitchell’s achievement were ONOC Executives who had spent the earlier part of the week with Mitchell at a planning workshop for the ONOC Strategic Plan 2023 to 2025, a few of them members of the ANOC Executive Council, and all of them part of leadership of NOCs.

Note: This media release is part of a Series ONOC will be sharing as part of the messages coming in to congratulate President Robin Mitchell in his position as President of the Association of National Olympic Committees (ANOC) with a membership of over 200 NOCs around the world. We begin this series with the ONOC Executive and President Mitchell’s long-time personal friend in the Olympic Movement, Sir John Dawanincura of Papua New Guinea who is in Korea at the now-concluded ANOC General Assembly. We will also share messages from other stakeholders in the region, the Olympic Movement, and around the world.

Takitoa Taumoepeau, Secretary-General of TASANOC, the National Olympic Committee of Tonga said, ‘President Mitchell’s achievement is a confirmation that through hard work and endeavour, we achieve what we aspire and dream to achieve in life regardless of our size, status, and ethnicity.’

Hon. Marcus Stephen, ONOC Executive Member and President of the Nauru National Olympic Committee (NNOC) said, ‘I am absolutely happy for Dr Mitchell and my heartiest congratulations – this is a big honour for Dr Mitchell and Oceania, a very proud day for Oceania.

‘To witness this historic moment in person makes it all the more special for me.’

Auvita Rapilla, Secretary-General of PNGOC said, ‘For the region this is fantastic, with the Olympic family acknowledging the leadership and contribution that Oceania can bring to the Olympic Movement at the highest level through Dr Mitchell’s election as President – we are very proud of this achievement.

‘Congratulations President Mitchell on your election as ANOC President. Great recognition for your leadership, contribution, and unwavering dedication to the Olympic Movement. We look forward to working with you in this new role.’

Secretary-General Blas said, ‘This is a historic day for Oceania - a day where we get to see one of us elected to the Presidency of ANOC.

‘This is a proud day for the Pacific, and especially for ONOC – President Mitchell has risen to one of the pinnacle positions of the Olympic Movement through this vote of confidence that the NOCs of the world have given him, and we are proud he is part of us.’

To get an Overview of ONOC at the ANOC General Assembly culminating on President Mitchell’s election success as ANOC President, followed by accolades, please click on the following media releases which form a Series: