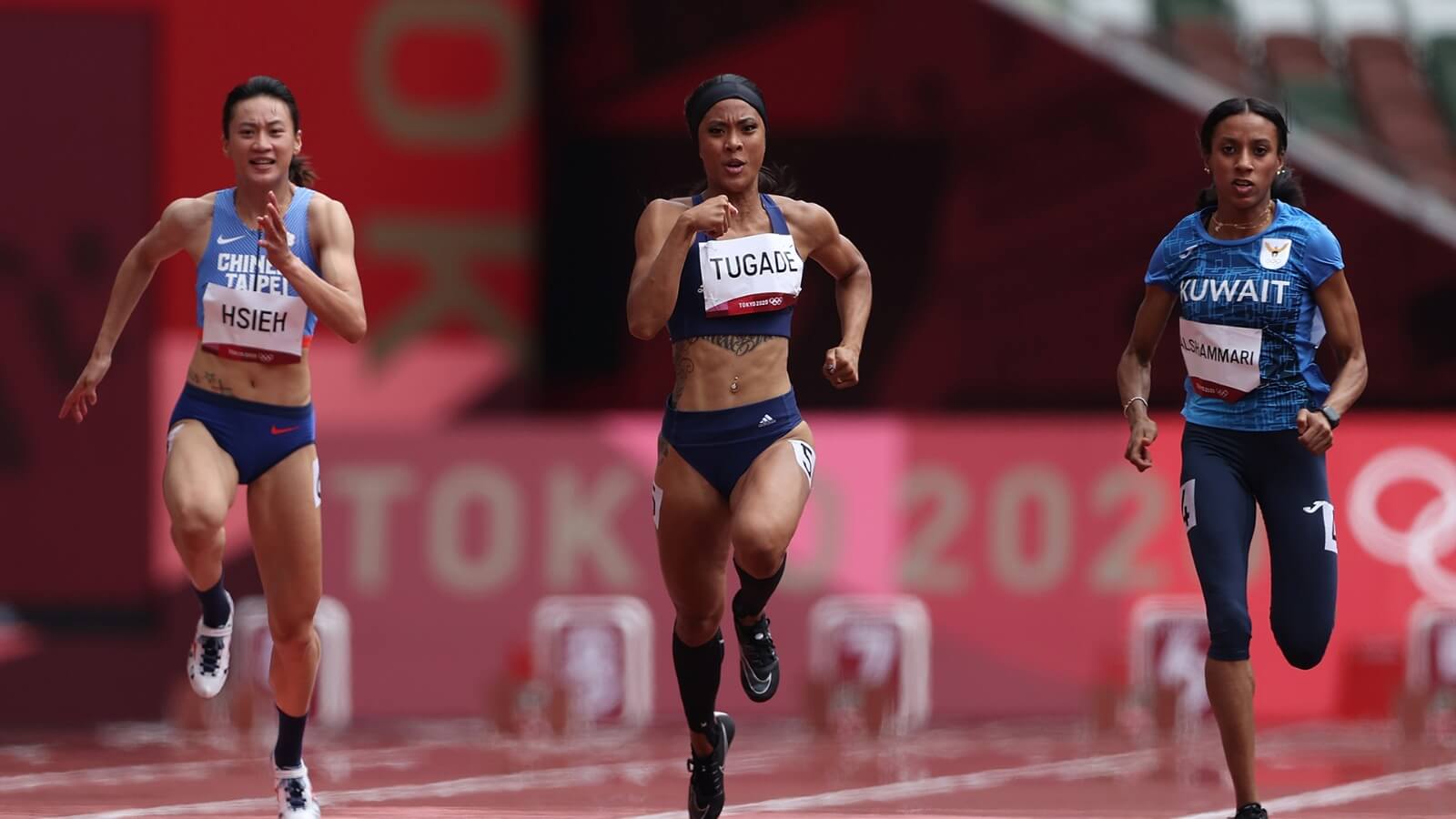 Regine Tugade-Watson of Guam (centre) at the Tokyo 2020 Olympics. Athletes such as Tugade stand to benefit from mentoring and capacity-building opportunities under gender equity programmes. | Photo: Getty

Chair of the ONOC Equity Commission, Helen Brownlee said, ‘It is an opportunity for our National Olympic Committees (NOCs) women to see how to operate in the international sphere.

‘It is quite important because there can often be the tendency for people to just look after their own little patch and this initiative gets women to interact and seek to make contacts with people from around the world.

‘I think it’s a very valuable exercise to have a learning experience.’

Brownlee added that the ANOC support to getting more women delegates from NOCs was an initiative fostered by the ANOC Secretary-General, Gunilla Lindberg.

The annual programme is intended to provide women in sport exposure to a global Olympic-related meeting, networking, and learning opportunities.

Tak Fai said, ‘I am keen to make women participate more in sport in Kiribati – we have cultural barriers where young girls and women are active when they are young and upon marriage they may be prevented or discouraged from playing sport.

‘For this reason, I work to make sport fun - some programmes I created include sports for young mothers, and competitions for women in government ministries, women in sport competitions, and community competitions in two sports; volleyball, badminton, and an activity to target non-communicable diseases, weight-loss competitions.’

Tak Fai works for the New Zealand High Commission office in Kiribati and manages an aid programme looking at housing, solid waste management, and is engaged in community-based environmental clean-ups.

Tak Fai is the Vice-President of KNOC, the only female member of the KNOC Executive Board, and as an active sportsperson represented Kiribati in 3 x 3 Basketball.

Also attending the ANOC General Assembly is Iammo Gapi Launa, two-time Olympian, co-Vice-President of the Papua New Guinea Olympic Committee (PNGOC), an inductee of the PNGOC Hall of Fame, and arguably one of the most decorated athletes the country has produced.

On the importance of gender equity contributing to decision-making, Launa said, ‘When you preach about gender equity, it is very important to practice it – and we are not doing fine and we need to improve - we should see and hear more women.

On attending the ANOC General Assembly and responding to the issue of war and the role of sport in conflict, Launa added, ‘It is very important to know what’s going on around the world so listening and sharing experiences, to enable making our own judgements in our own countries and also dealing with the situations we face are all important.

‘I want to take away the things that I am learning from others, their experiences, the work of other National Olympic Committees (NOCs) in different parts of the world, what they encounter in their daily lives, and the challenges they face – and to go back home and sit down and see what we are not doing right so that we can improve on that.’

Milestone achievement by IOC on gender equity in governance

In linking to the larger Olympic Movement, the International Olympic Committee (IOC) created history in achieving an equal number of women and men in IOC commissions for 2022. This marks a historic milestone in the IOC’s efforts to increase gender balance at its governance level, which was a key recommendation of Olympic Agenda 2020 and its successor, Olympic Agenda 2020+5. It contributes to the IOC’s wider goal of fostering gender equality and inclusion throughout the sports movement.

There are now 546 positions across the IOC commissions, with 273 positions occupied by men and 273 by women.

The challenge is for this to be replicated in Continental Associations, NOCs, and in National Federations in countries.

In another series of changes in Commission compositions, amalgamations and renaming, the IOC has renamed its Women in Sport Commission to the Gender Equality, Diversity, and Inclusion (GEDI) Commission – which further expands the scope of work of the commission, makes it current and clearly responsive to today’s global challenges.