Oceania prepares for historic election of Mitchell as ANOC President 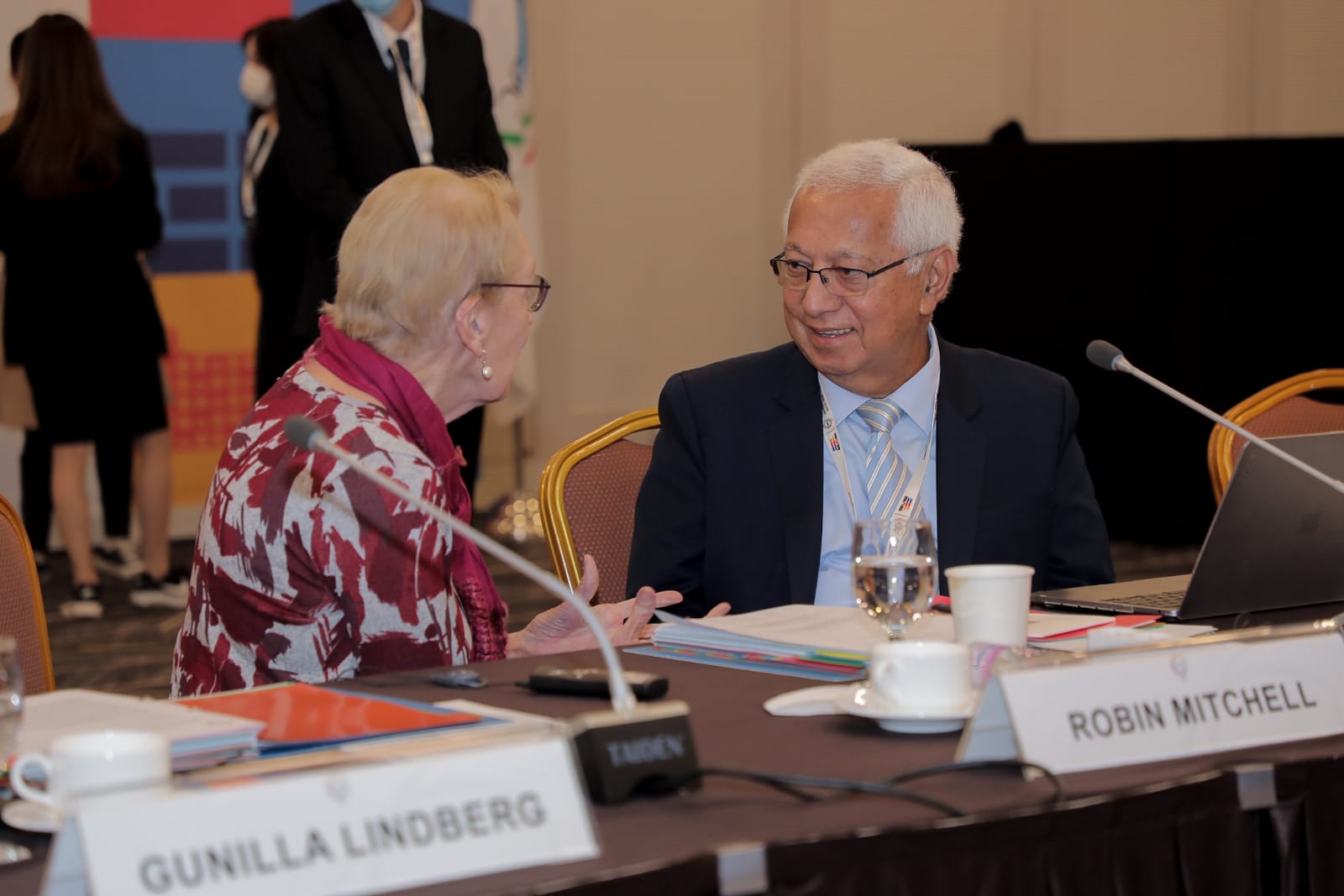 Oceania awaits the election of ONOC President Robin Mitchell into the position of ANOC President. ONOC Equity Commission Chair Helen Brownlee with back to camera chats with Mitchell. | Photo: ONOC

While Mitchell has acted in the position since 2018, the current XXVI (26th) ANOC General Assembly is where the election of the permanent Presidency will conclude given presidential nominations which closed earlier this year rendered Mitchell unopposed.

Mitchell spent the cusp of the previous and current week at an ONOC Executive Board meeting in the wake of a high-level validation of the ONOC Strategic Plan 2022 to 2025.

The ONOC Strategic Plan is expected to be implemented from January 2023.

Aside from being International Olympic Committee (IOC) Executive Board Member, IOC Member, ANOC Acting President, and among numerous IOC Commission leadership and membership, Mitchell is President of ONOC, the IOC’s smallest Continental Association by virtue of population and NOC number.

However, for what the Oceania Continent lacks in population size and NOC numbers, the continent is arguably the world’s largest given the size of its oceanic home, the Pacific Ocean, and the diverse challenges it presents to the NOCs in Pacific island countries.

Mitchell has provided leadership in sport in one of the most challenging continents in the world where countries face challenges in internet access and connectivity, isolation, great geographical distances between nations, lack of proper sporting facilities, lack of access to technical officials and coaches, and the ever-existent challenge of lack of competition for its elite athletes.

The long-term vision Mitchell has established for Oceania has reaped progressive rewards, but the quiet-spoken doctor is still adamant more needs to be done to improve the condition and opportunities of athletes in the Pacific Islands.

It is this sensitivity to sportspeople and learning cultures coupled with the initial background in science, and hallmark sports diplomacy that has enabled Mitchell to lead Oceania into the global Olympic Movement.

The same could be a beacon for the Association of National Olympic Committees and the athletes under their wings.

The Oceania National Olympic Committees stand ready to celebrate this fine achievement by a son of the Pacific.