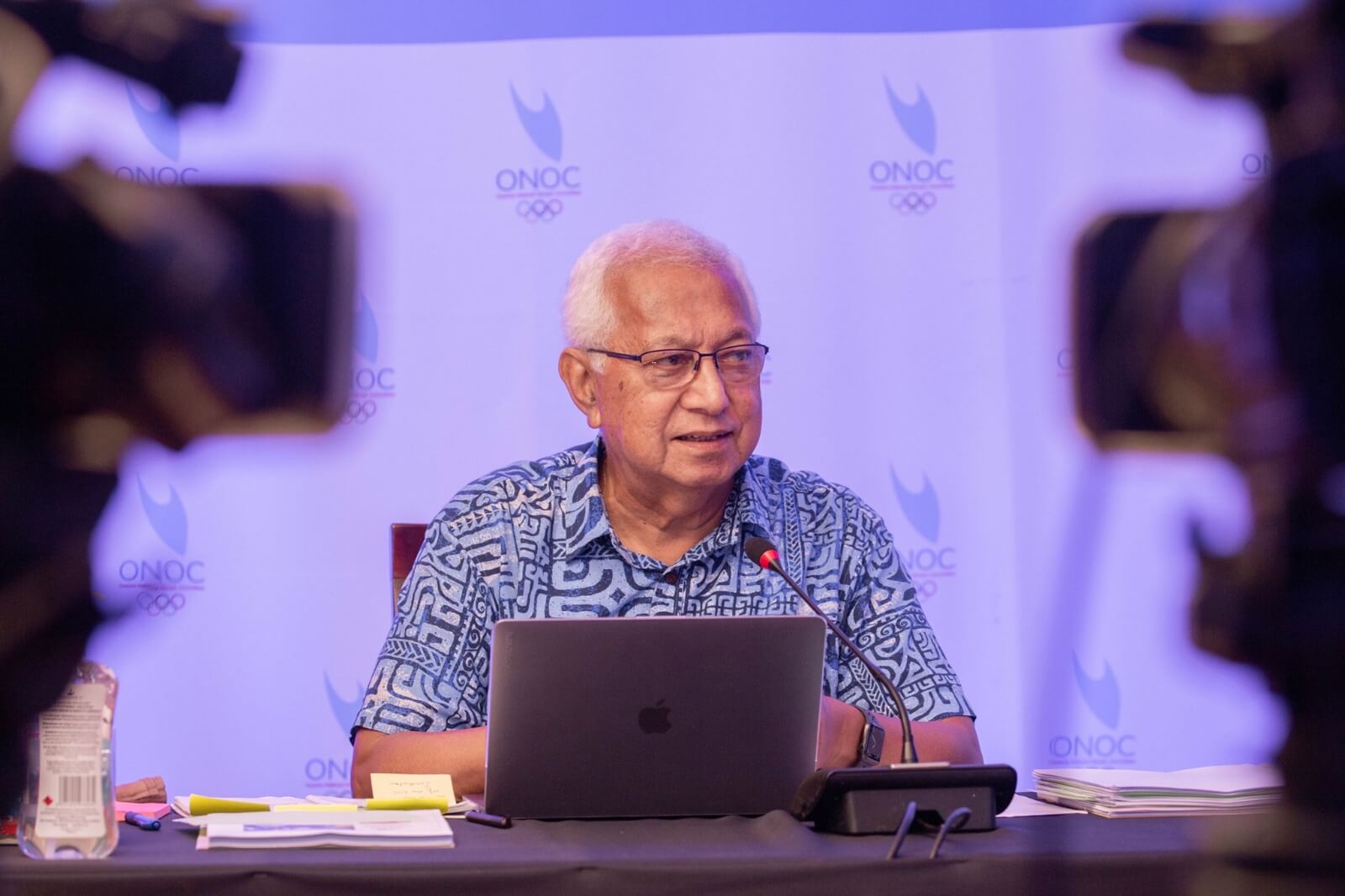 ONOC President Robin Mitchell has worked with leadership and management to ensure sport education connects to the Roadmap to BRISBANE 2032 to build elite athletes and the ecosystem required for it. | Photo: ONOC

Pacific Islander graduates of international academic programmes in sports supported by the IOC Olympic Solidarity Programme are giving back to their countries and the Oceania Continent in multiple ways.

Speaking at the opening of the Sport Industry Advisory Committee (IAC) Workshop for the advancing of micro-qualifications of the flagship Oceania Sport Education Programme (OSEP), President of the Oceania National Olympic Committees (ONOC), Robin Mitchell said the activity ‘is making good use of our MEMOS graduates in Oceania, especially those from the Pacific Islands.’

For Technical Information on the Workshop, please read our OSEP IAC Media Advisory.

President Mitchell said, ‘MEMOS is the Executive Masters in the Management of Sports Organisations – a masters programme offered by the International Olympic Committee (IOC), and I am pleased to see 8 MEMOSIANS or MEMOS graduates are contributing to these sports micro-qualifications process and have been deeply through the year.’

Mitchell stated ‘this is a concrete demonstration of the impact of both the MEMOS programme and Olympic Solidarity in Oceania.

‘MEMOS graduates are making strong contributions to sport education and to this new initiative OSEP is undergoing.’

Sport industry experts have been engaged in designing, writing, and peer reviewing micro-qualifications for the suite of courses which make up ONOC’s flagship fifteen-year-old OSEP which is a sport education programme hugely successful in the Pacific Islands region and with application for marginal settings in other countries and regions.

The micro-qualifications are toward the accreditation of courses and to its absorption by Pacific higher education institutions who can give it more spread and traction in the island countries. This is being delivered through an ONOC partnership with the Pacific Community (SPC) Educational Quality and Assessment Programme (EQAP).

‘These will contribute to ONOC’s Roadmap to BRISBANE 2032 which includes a host of upcoming Games such as the MAJURO 2023 Micronesian Games, SOL2023 Pacific Games, PARIS 2024 Olympic Games, VICTORIA 2026 Commonwealth Games, and the LA2028 Olympic Games.’

The OSEP pathway leading to the expansion of sport education in the region and its use of alumni of the MEMOS Programme and of OSEP itself is a tribute to the Olympic Movement in providing platforms that allow for giving back for the benefit of athletes.

Up until 2020, there have been about 35 MEMOS graduates from the Oceania Continent. At the time of this workshop, there are several others taking the postgraduate degree (Master’s) programme, two of whom are directly linked to OSEP. They are Varanisese Karisitiana (OSEP Coordinator for Quality Assurance) who is enroute to Lausanne to defend her thesis, and Meli Cavu (ONOC Chief Sport Education Programme Officer/Head of OSEP), enroute to begin the programme.