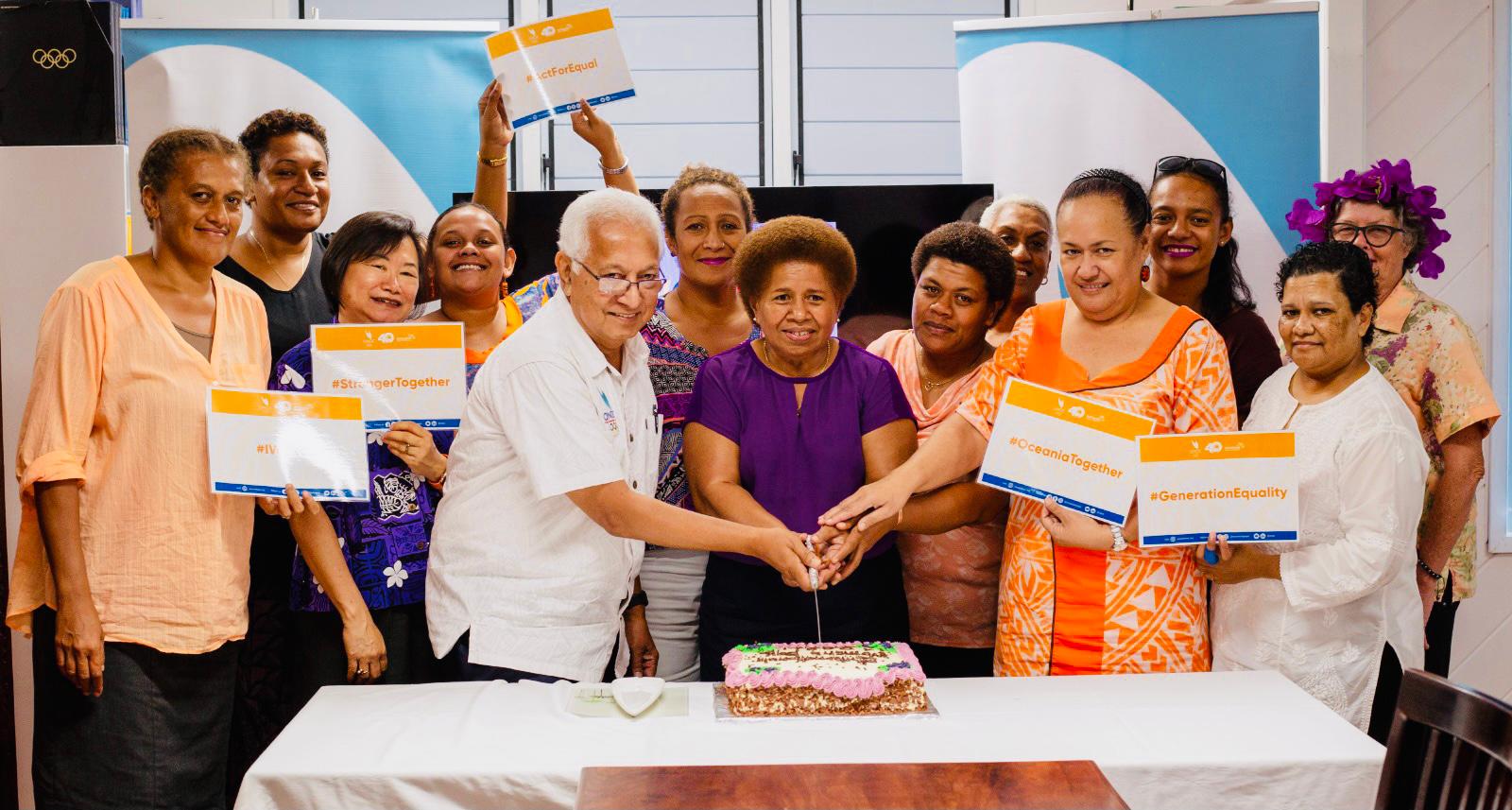 ONOC President Dr Robin Mitchell attributed the 100 percent gender balance in its Executive Board amongst several other impressive above 100 percent achievements to the progressive work of its 17 National Olympic Committees (NOCs) and the work of its Equity Commission led by Ms Helen Brownlee.

‘ONOC will always be only as good as, and inclusive as, and dynamic as its Members and Executive body make it - in terms of Gender Balance and the score is very positive,’ Dr Mitchell said in a statement.

‘However, Gender Balance alone is not enough. This is why we will pay attention to the finer technical details that will ensure that women in sport leadership have their perspectives heard and that this is also applied to every decision made and issue discussed,’ he said.

Dr Mitchell further stated that ONOC needs to work harder to ensure more women can make it to leadership roles in the region’s National Olympic Committees, saying that its Equity Commission maintains great work in promoting gender equality but mainstreaming is needed.

In a first for ONOC in its 40-year history, Dr Mitchell announced Five New Commitments to Gender Equality in the new Quadrennial running from 2021 to 2024. He announced ONOC making specific commitments to:

He added these were not new initiatives within the Olympic Movement, however, they were new in terms of an articulated Quadrennial Commitment toward Gender Equality in sport in Oceania from a Secretariat level.

For more information go to the ONOC 2021 Gender Balance Scorecard and the ONOC Equity Commission Page.