ONOC’s Pacific roadmap to BRISBANE 2032 based on partnerships 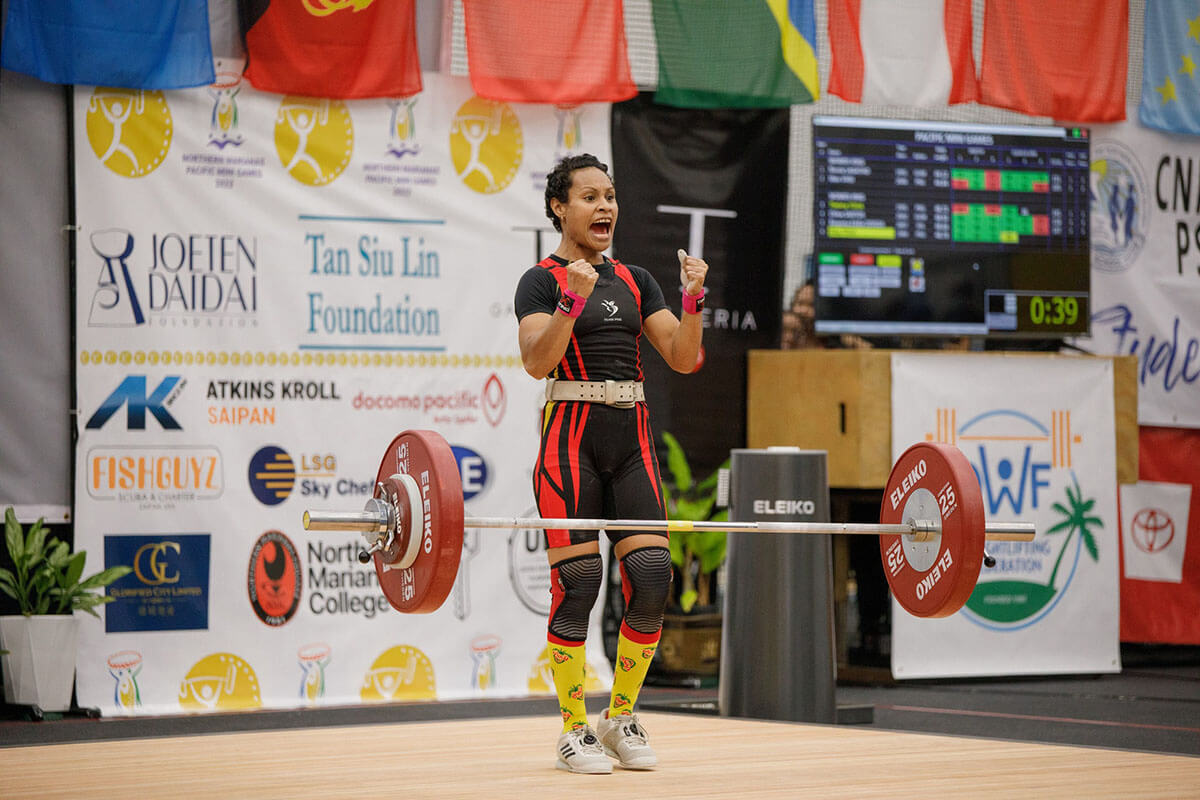 The Oceania National Olympic Committees (ONOC) values partnerships in its delivery of programmes and activities throughout the Oceania sporting region.

ONOC President Robin Mitchell emphasised this at the official announcement of the ONOC 10-Year Roadmap to BRISBANE 2032 titled, ‘Creating a Home Games Advantage 2022 – 2032’ a strategy to improve the performance of the Pacific Islands at the Olympic Games.

Partners contributed to the official announcement by providing their own statements of support.

‘The 2032 Olympic and Paralympic Games in Brisbane will be the together games. And that means that they will also be the Games for not only Australia, but the Games for all of Oceania. We in the Australian Olympic Committee and the Brisbane Organising Committee are already planning for the performance of our athletes in the Games.

‘I'm a Vice President now of the BRISBANE 2032 Games and I can assure you that we are as committed as our friends from Oceania, in achieving success for our friends, all of the athletes from Oceania thank you and look forward to working with you.’

‘The Oceania Paralympic Committee is excited to be a partner with ONOC in the Home Games Advantage Initiative that sets a clear and achievable pathway through to Brisbane 2032 and beyond for Parasport and inclusion within the Oceania Region.

‘This is a defining moment for ParaSport.

‘The ONOC Strategy creates a once in a generation opportunity to become a united, competitive and Inclusive Region and already is creating momentum within our Para sporting communities across the Pacific.

‘We look forward with expectation and anticipation of the positive outcomes for all current and futures athletes within our Region.’

ORGANISATION OF SPORTS FEDERATIONS OF OCEANIA

‘Being associated with the development of the Brisbane 2032 Initiative, I am very pleased to extend my personal support and that of OSFO and the Foundation to help in bringing this Initiative to life. It is very encouraging and valuable that ONOC is looking 10 years ahead, to develop the competitive edge of the athletes of the Pacific Islands.

‘These 10-years will pass very quickly. With the current focus on the Birmingham Commonwealth Games which begins next Friday 28th July, preparations will then shift to the all-important Pacific Games which will be held in Honiara in November 2023. Paris 2024 is just around the corner with qualification events already underway. The 2023 Pacific Games will serve as a Qualification event in a number of sports to Paris 2024.

‘As President of OSFO, the Organisation of Sports Federations of Oceania, we are excited to be part of such an innovative project. Our Regional Sports Federations will have a great canvas on which to develop the capacity and capability of our athletes, coaches, and technical officials.

‘As Chair of Oceania Australia Foundation, I am pleased to highlight that the Foundation has awarded 50 scholarships, 24 of these been female recipients, since the program commenced in 2011. A total of 8 NOCs have benefitted from this program, with the recipients of these scholarships coming from Fiji, PNG, FSM, Guam, Marshall Islands, Palau, Samoa, and Solomon Islands.

‘As we move forward, we are looking to upscaling the Foundation, to increase the opportunities for our student athletes as we build towards this Brisbane 2032 Games.

This ONOC Initiative with the Sports Stakeholders of the Pacific is a very worthwhile and commendable venture. I encourage the support of your Governments and Sports Organisations on this journey.

‘The 2031 Pacific Games will be a vital focal point for the Pacific’s Brisbane 2032 aspirations.

‘Much progress has been made since 2015 when the integration of Australian and New Zealand athletes into Pacific Games competitions commenced.  Many International Federations now use the Pacific Games as Olympic qualifying events.

For more information on ONOC and partners: