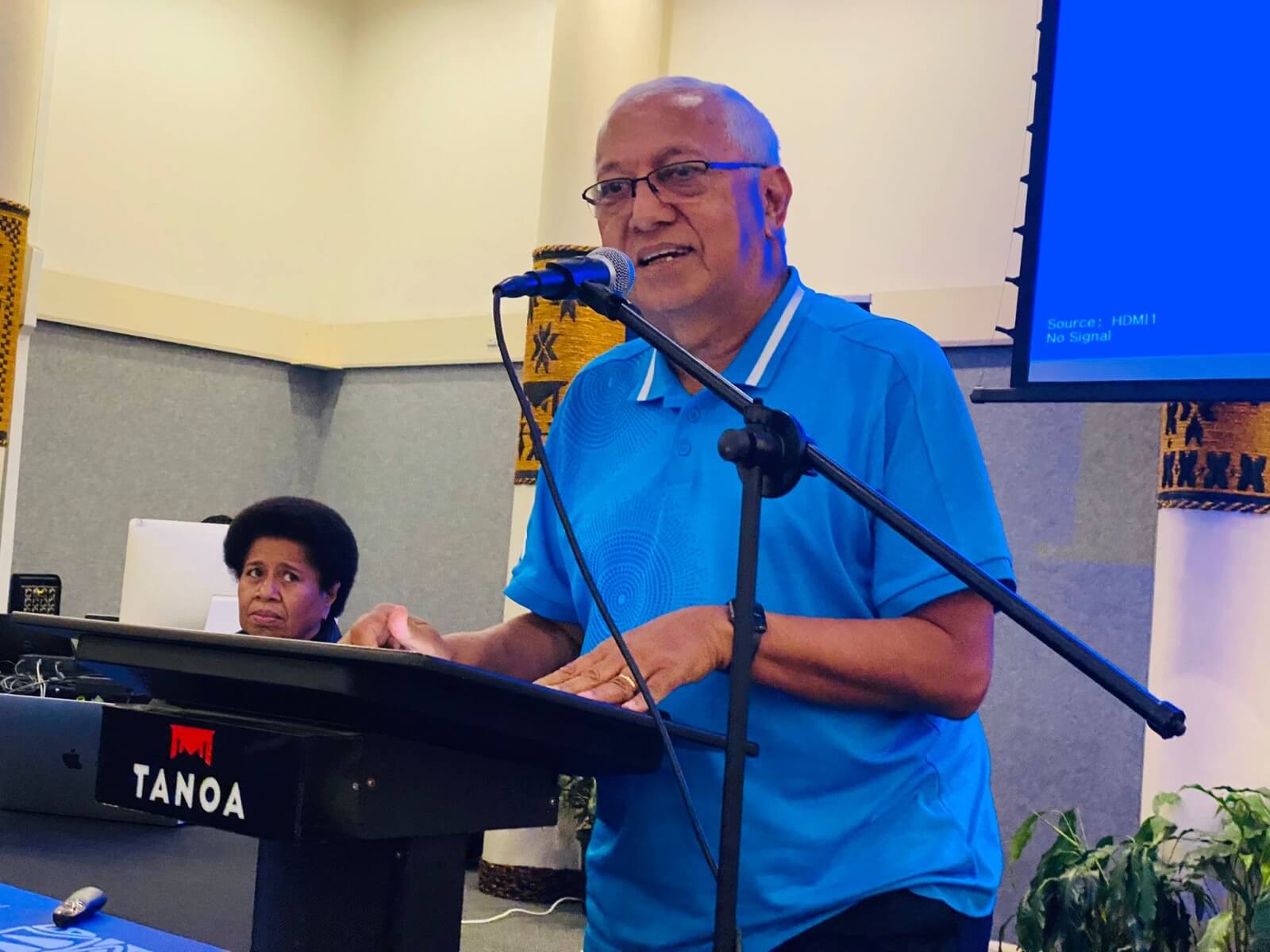 ONOC President Robin Mitchell presents his opening remarks at the opening of the meeting in Nadi, Fiji, today. | Photo: ONOC

The ONOC President Robin Mitchell encouraged sports stakeholders from the Pacific (Oceania Continent) to work together in assessing the three sports education micro-qualifications to be discussed from today to Friday, 3 June.

For more on the meeting and what it covers please visit here.

President Mitchell said it was the recommendation of an independent evaluation of OSEP that kickstarted an accreditation and micro-qualifications process that has led to the first micro-qualification on Sport Management being examined today.

Speaking about the history of ONOC’s flagship Oceania Sport Education Programme (OSEP), President Mitchell mentioned how the concept ‘began in conversations from the early 1990s before Australian support formalised the programme’.

President Mitchell also commended the work of the ONOC Education Commission in the guidance rendered to OSEP over the years.

ONOC is working with the Pacific Community (SPC) in a partnership to deliver sport education micro-qualifications of OSEP courses. OSEP originally customised its courses from the International Olympic Committee(IOC) sport education course to suit island needs and realities.

This work is being led by SPC’s Education Quality and Assessment Programme (EQAP) which is one of nine divisions of SPC.

The current work and progress have also been championed and led by the ONOC Education Commission and the OSEP regional team which was led by Sainimili Saukuru from 2007 to 2021. It is now headed by Meli Cavu.

President Mitchell said, ‘OSEP began when ONOC had only eight member National Olympic Committees (NOCs) and that the build-up to the SYDNEY 2000 Summer Olympic saw increase in membership.

The current membership of ONOC stands at seventeen NOCs and six Associate Members.

In response, OSEP has evolved to meet the needs of ONOC members and sports federations.

Its latest iteration will add value to the OSEP qualifications and increase the recognition of alumni and graduates.

OSEP has led community-based sport education in the Pacific islands and territories and is now at the point of having three out of fourteen micro-qualifications reviewed and endorsed by industry stakeholders at regional level.