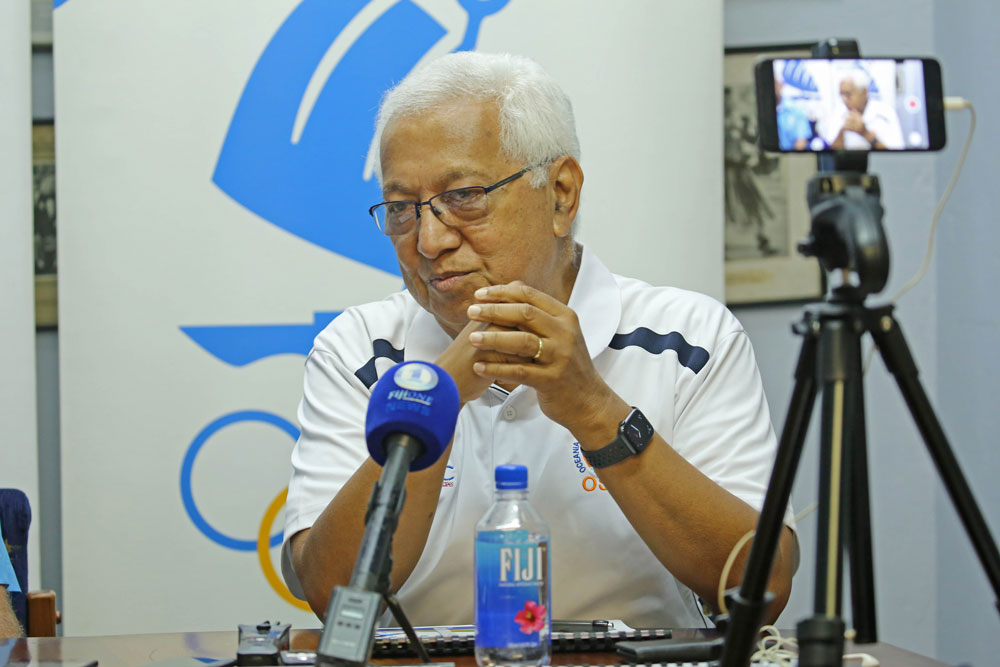 With less than 150 days to go, the Oceania National Olympic Committees (ONOC) President Dr Robin Mitchell has highlighted support being deployed toward Oceania preparation for the Tokyo Olympic Games this year.

Dr Mitchell emphasised that ONOC is currently working around key areas of support for its National Olympic Committees (NOCs) ensuring the safe participation of its member countries at the Games in Japan in light of the ongoing COVID-19 pandemic.

Some Pacific island countries COVID19-free or with success containing cases at their borders are still vulnerable given varying degrees of vaccination programmes.

“The need is to emphasise the importance of compliance and shared risks of non-compliance and thirdly, to demonstrate that the planning so far is robust and rooted in science and stakeholder listening, bearing in mind that we're taking part in a Games, a pandemic that forced the postponement of the Games,” Dr Mitchell said.

Australia and New Zealand are the bigger countries from ONOC’s 17 member countries, with big teams and some big names.

Close to 35% of athletes’ spots are still up for the taking worldwide with 65% of the athletes already being qualified for the Games.

Australia is looking at about 420 athletes at the moment and New Zealand about 200. The rest of the Pacific will probably have a total of 150 athletes based on the qualification programmes.

Dr Mitchell said that all of the island countries in Oceania will be represented at the Games.

“Through the universality places, most of our National Olympic Committees will have up to three athletes that can take part without reaching qualifying standards,” he said.

Majority of the athletes in the region have had to resort to training in-country in preparation as a result of travel restrictions around the world due to the on-going pandemic.

“At the moment all the focus from the Organising Committee is on Tokyo before looking at the pre-Games training, so until the borders open up between the islands and Japan, most of our island NOCs are training in their countries,” Dr Mitchell said.

Dr Mitchell said that while the Tokyo 2020 Games Organising Committee has not made vaccinations a requirement for travelling athletes and officials, being vaccinated would be ideal and the onus falls on the NOCs to work with their respective governments.

“During the Forum Leaders meeting a couple of weeks ago, I sent through a message to the chair of the forum - the Prime Minister of Tuvalu, to request that where possible after the primary targets in each country, that consideration be given to the athletes and this I understand was supported by the meeting,” Dr Mitchell explained.

Dr Mitchell said that IOC, through the programmes released last year, have provided opportunities mainly for the bigger countries like Australia and New Zealand through extra Olympic solidarity funding, while ANOC has released funding for NOCs as well.

“Midway through last year ANOC provided $11 million for the 206 member countries - ONOC’s allocation is about a million dollars and we've provided the first $25,000 to all 17 member countries,” he said.

He added that the focus at present is looking at the Pre-Games training camps before the Tokyo Games starts in July.

To consolidate all activities and support toward ONOC’s 17 members preparing for the Tokyo Games, a digital Countdown Campaign has been designed to serve the dual role of promoting Oceania athletes and ONOC itself as it celebrates its 40th anniversary this year.

“While providing support to our 17 members and their athletes toward the Tokyo Games, we at ONOC are also celebrating our 40th year since inception in Baden-Baden, Germany in 1981.

“It has been a long journey of resilience and we also recognise the importance of resilience in our athletes and NOCs during these extraordinary times,” ONOC Secretary General Mr Ricardo Blas explained.

“Noting that many athletes are still training in their own home countries with the challenge of facilities and resources such as focused individualised sports-science-specific needs per athlete, we are working digitally to inspire and keep athletes focused,” Blas added.

“The Campaign running exactly seven months kickstarts today 1 March and will run until 30 September 2021, two months after the Tokyo Games, to focus on results, performance and key learnings in the spirit of continuous improvement,” Blas said.