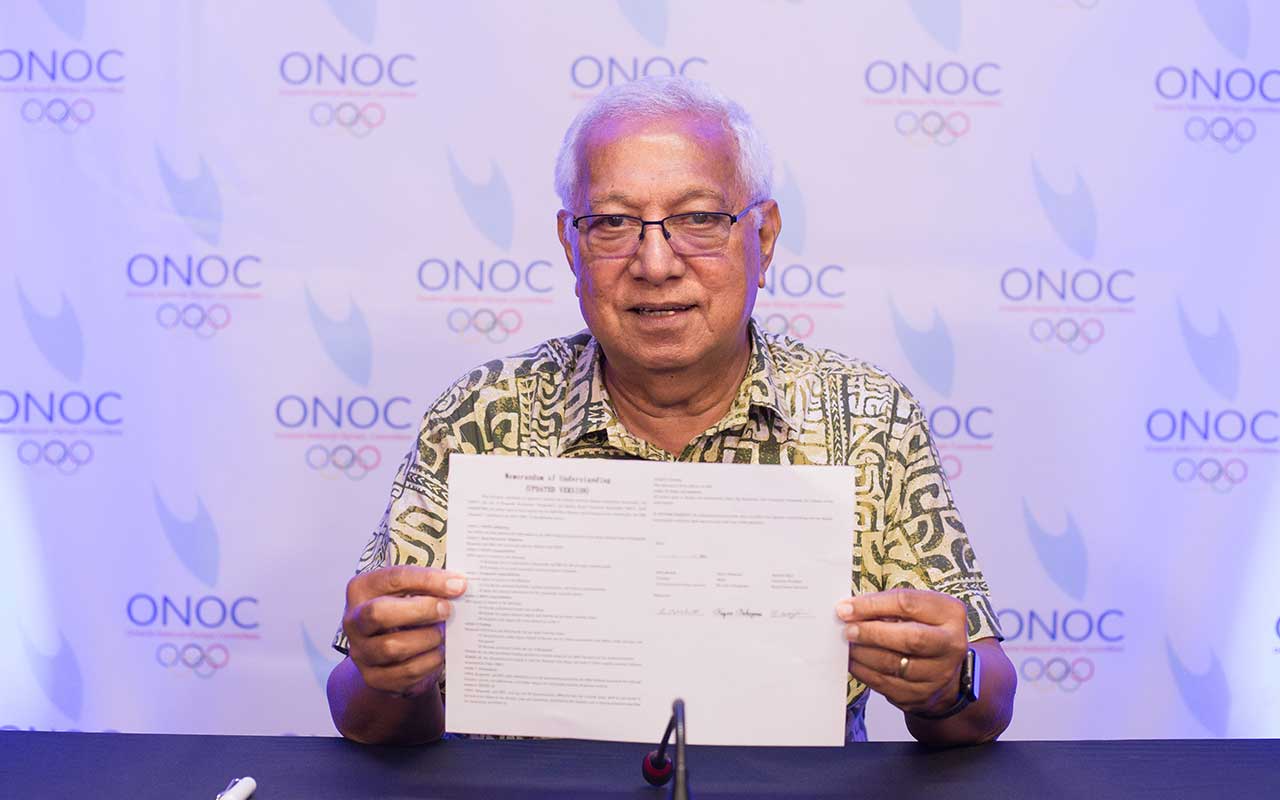 The Oceania National Olympic Committees (ONOC) are pleased to extend their friendship with long-standing partners from Japan - the city of Ryugasaki and Ryutsu Keizai University (RKU) for the continued pre-Games preparation of Pacific island athletes toward the Tokyo2020 Olympic Games.

ONOC President Dr Robin Mitchell said, “With the current COVID-19 coronavirus pandemic gripping the world, the postponement of the Tokyo2020 Games, and the challenge of athletes having to extend their training schedules, it is friendships that are born out of sport that have the capacity to ease burdens for smaller countries.”

“ONOC is grateful to the Government and people of Japan for their friendship to the world and for their commitment to delivering the Games a year later.”

Dr Mitchell added that, “This friendship is not new. The first MoU was signed in 2017 and it has delivered good results for Pacific island athletes. Over the years, Ryugasaki and RKU have hosted numerous pre-Games training camps for Oceania judokas toward international judo competitions, including World Championships, Continental Championships and for various Olympic qualifiers - judokas from Fiji, Guam, Kiribati, Nauru, Solomon Islands and Vanuatu have been beneficiaries.”

There are also two athletes from Oceania, one each from Fiji and Guam, currently enrolled for studies at RKU while training for the Olympic Games. Oceania also has a female judoka from Kiribati who has been training in Japan since May 2020. All three Oceania athletes are working toward upcoming qualification competitions to gain as many points as possible.

Dr Mitchell said, “Given that fifteen of our seventeen ONOC Members are Pacific Small Island Developing States (SIDS) with limitations of distance, communications, and access to sporting facilities, coaches, nutritionists and medical experts, and mostly, the required opportunity for active competition, the friendship with Ryugasaki and RKU is invaluable. There is immense gratitude across the region for this relationship.”

Specific to the MoU, he said “All friendships come with responsibilities and in this, ONOC bears the responsibility for provision of information which it will coordinate with all its member NOCs. ONOC has also agreed to participate in as many community outreach projects as possible.

“The city of Ryugasaki has been, and will continue to provide facilities, training environment and accommodation to participating athletes. It will also make necessary adjustments to community outreach projects as and when required. RKU will provide Pacific islands athletes with professional insight, coaching, physical support and staff for pre-Games camps.

Dr Mitchell said that, “Being an island country itself, Japan is part of the Pacific and close to the Oceania family of nations, particularly through the Olympic movement and as proven through this friendship. ONOC looks forward to deepening this friendship through exchange in sport and culture.

ONOC Secretary General and President of the Guam National Olympic Committee Mr Ricardo Blas added that, “The 2017 partnership was built on personal engagement and friendships built through judo and this contributed to Ryugasaki City and RKU being chosen to host Pacific islander athletes in pre-Games training for the Tokyo Olympics.”

“The Guam Judo Federation and RKU have a relationship lasting more than ten years and this contributed to the Oceania relationship.”