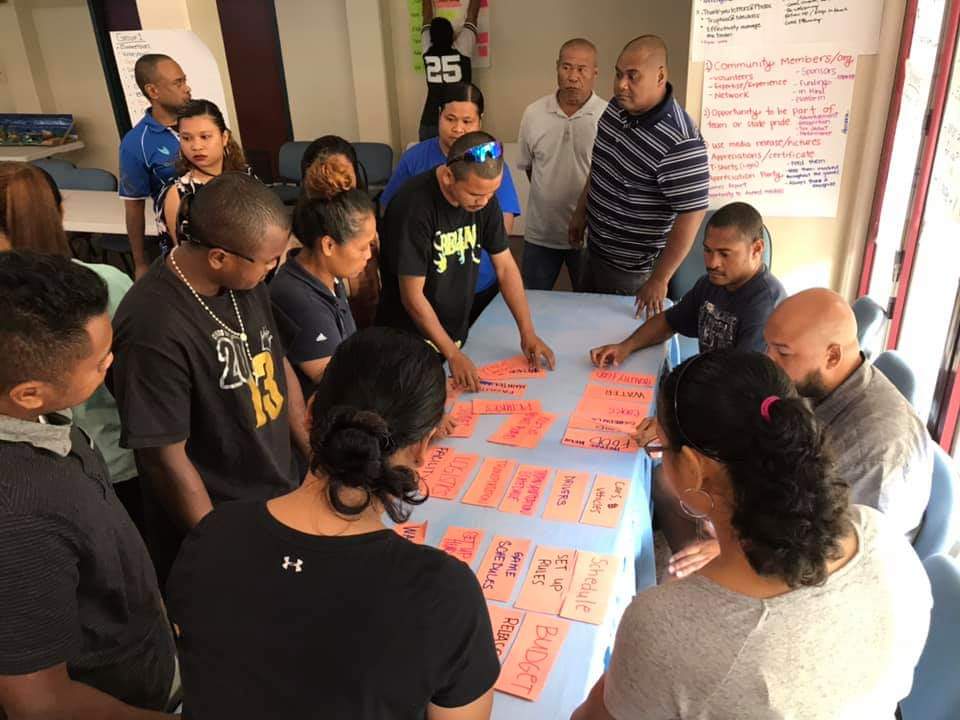 The independent external evaluation was conducted by the Compass Pasifika and Apex Global Sport Group (CP-AGSG) Consortium. This was the first independent evaluation of OSEP in its 12-year existence.

The evaluation was an important exercise toward measuring and mapping the status, impact and future of the Olympic Movements only continental sports education programme, established in 2007.

OSEP was conceived in 2007 as a result of a Pacific Sporting Needs Assessment in 2004 by the Australia Sport Commission (ASC) which found sport education as one of three greatest needs in the Pacific.  OSEP was brought to life with the joint collaboration of ONOC, ASC and the Organisation of the Sport Federations in Oceania (OSFO).

The establishment of OSEP as the first regional sports education programme offered a cost-effective solution to build the capacity of Pacific based coaches, administrators and trainers utilising a regional approach of collaboration.

ONOC President Dr Robin Mitchell said, “Understanding the needs of member National Olympic Committees (NOCs) and countries is a core function of ONOC, and its overall vision for OSEP is for it to be recognised as the benchmark in sport education throughout the continental regions of the Olympic world.

“The evaluation report presented some key achievements of OSEP which include the 14 courses developed and delivered including an e-OSEP online course, 466 course sessions and workshops undertaken, about 7000 participants reached and the 5 tracer studies completed in Samoa, Kiribati, Tuvalu, PNG and Fiji which are evidence of ONOC’s delivery in sport education.”

He further commented that OSEP was provided programme governance and advisory services by an ONOC Education Commission ably led by James Tobin whose guidance in the evaluation process was important.

While the Olympic Movement recognises its position and value as an innovative community-based sport education programme that can be replicated in other regions, one of the key recommendations of the report is for ONOC to consider accrediting the programme through the Pacific Qualifications Framework (PQF) which adds value to graduates in the Pacific region.

The move to accrediting OSEP to strengthen its decentralised pool of trainers and training providers in the Pacific islands and lifting the value and employability and self-starting entrepreneurship pathways of future graduates is a core part of its new strategy.

Through its Oceania Sport Education Programme, ONOC has trained over 1,000 coaches in various sports in 15 Pacific island countries and territories in the last 12 years. It has also produced a cadre of 567 active and non-active trainers who continue to deliver sport education in their communities or are qualified and ready to.

ONOC Secretary-General Mr Ricardo Blas said, “ONOC acknowledges the evaluation methodology used and efforts presented in carrying out the evaluation.  The complexities surrounding the task, the diversity of partner agencies, individuals and beneficiaries especially during the global pandemic in March-April of 2020 is worth commendation.

OSEP, as a programme under ONOC, welcomes the findings and recommendations and appreciates all its sport stakeholders in being part of the process.

“Overall, the report demonstrates the appreciation of the pacific sporting community of the education program in building their capacity to advance their responsibilities and goals.  OSEP with the diverse partners in the Pacific will be guided by the recommendations as it designs its strategy for the next 8 years (a total of two Olympic cycles).

“ONOC remains committed to the program in its endeavor to grow the sport industry in the Pacific.”