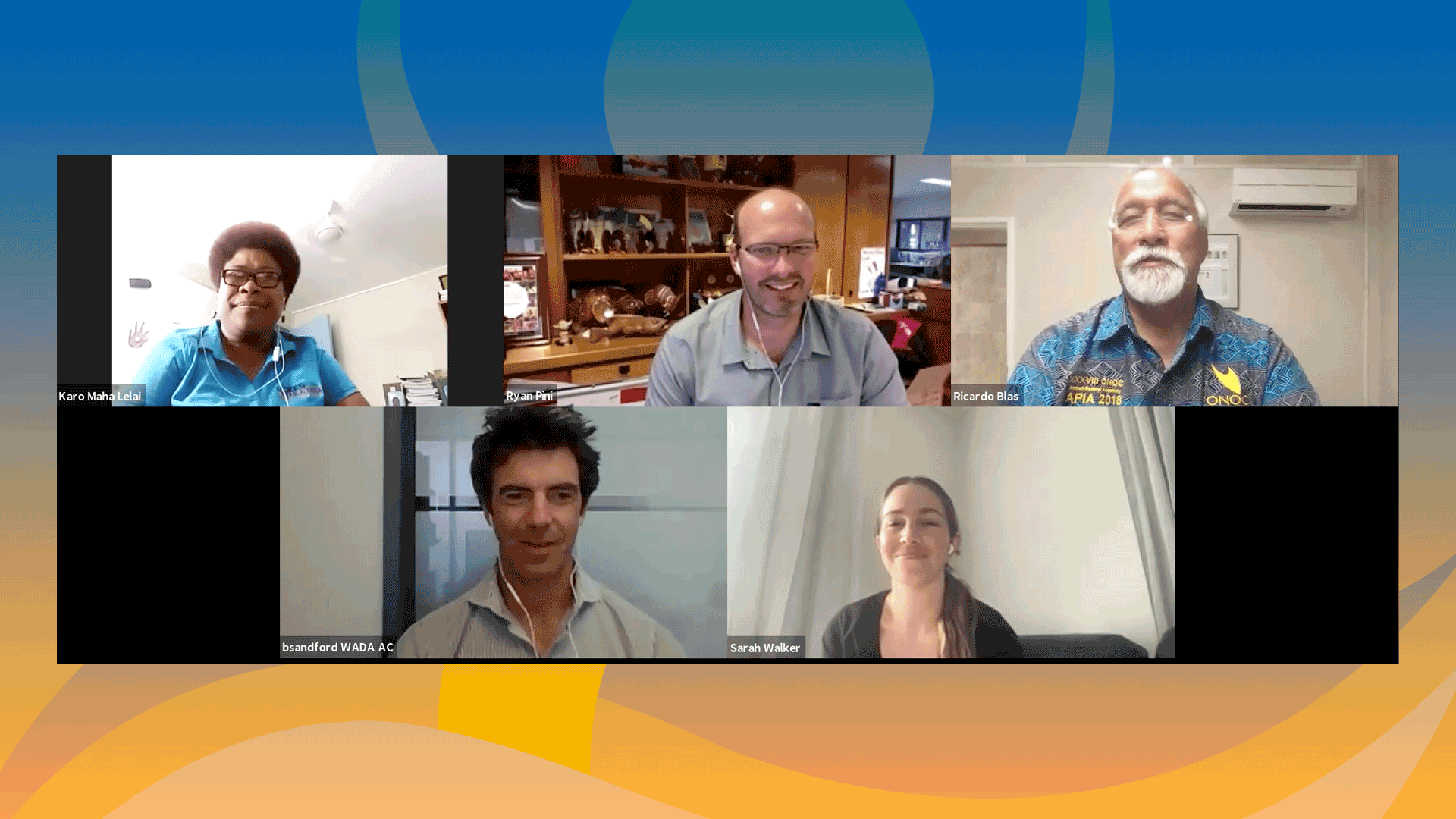 With less than 85 days to go for the Tokyo 2020 Games, ONOC AC Chair Karo Lelai shared the concerns of its member National Olympic Committees by stating that athlete welfare and wellbeing is and remains a paramount concern.

“I would like to all the athletes make themselves familiar with the Playbooks which are being released by the IOC,” Lelai said.

ONOC Secretary-General Ricardo Blas also updated the commission on his presentation to the ANOC Executive Board (EB) around various border restrictions that may impact the ability of National Olympic Committees (NOCs) plans to send teams to Tokyo.

Lelai said that while majority of the NOC ACs have registered for the IOC AC Forum already, the responsibility is now on the remaining NOCs to register themselves.

“With only 10 out of 17 NOCs registering so far, we will reach out to the remaining NOCs to see if they have received the email from the IOC and will work with the IOC AC on the timing and content for the Oceania break out session during the Forum,” Lelai said.

Lelai revealed that the ONOC AC Forum is scheduled in Quarter Four of 2021 as a virtual event.

The meeting was also attended by the WADA AC Chair Ben Sandford who is also the only Oceania representative on the WADA Athletes Commission.

Sandford said that it was important to encourage athletes to be vaccinated against COVID-19 as there are no concerns from an anti-doping perspective.

“I would like to thank the ONOC AC for this opportunity to update you on the anti-doping situation in relation to COVID-19 in the lead up to Tokyo 2020,” he said.

Sandford also stressed the importance for athletes being up to date with developments in and around anti-doping.

ONOC AC Chair Lelai said that it was an advantage to have Sandford join the first ONOC AC meeting and acknowledged his participation.

“It was a privilege to have Ben Sandford, WADA AC Chair, join us for the meeting and we look forward to more collaboration with the WADA AC for the benefit of athletes in Oceania,” Lelai added.

Lelai also acknowledged the tremendous work undertaken by the IOC AC around Rule 40, Rule 50 and the Tokyo 2020 Games.

“The regular virtual calls led by the IOC AC with the wider global athlete network has been very much appreciated and we hope this can continue in the future to allow athletes from Oceania direct access to the IOC AC and contribute to policy making.”

The ONOC AC will convene their second meeting after the Tokyo Games in August with plans to work on strengthening their internal and external communications until then.

“We encourage our NOC ACs and our “Warriors of Oceania” to move into the digital era or miss out on vital information from stakeholders and partners,” Lelai said.

“COVID-19 has taught us to be resilient and to be flexible in all aspects of life, including communications,” Lelai concluded.

About the ONOC Athletes' Commission

The primary objective of the ONOC Athletes’ Commission is to represent the voices and concerns of athletes, the primary stakeholders in the Olympic Movement. It bridges athletes to ONOC, ANOC and the IOC through year-long activities and representation at management and governance levels ensuring athlete voices are factored in decision-making.

Click here for more information on the ONOC Athletes' Commission.