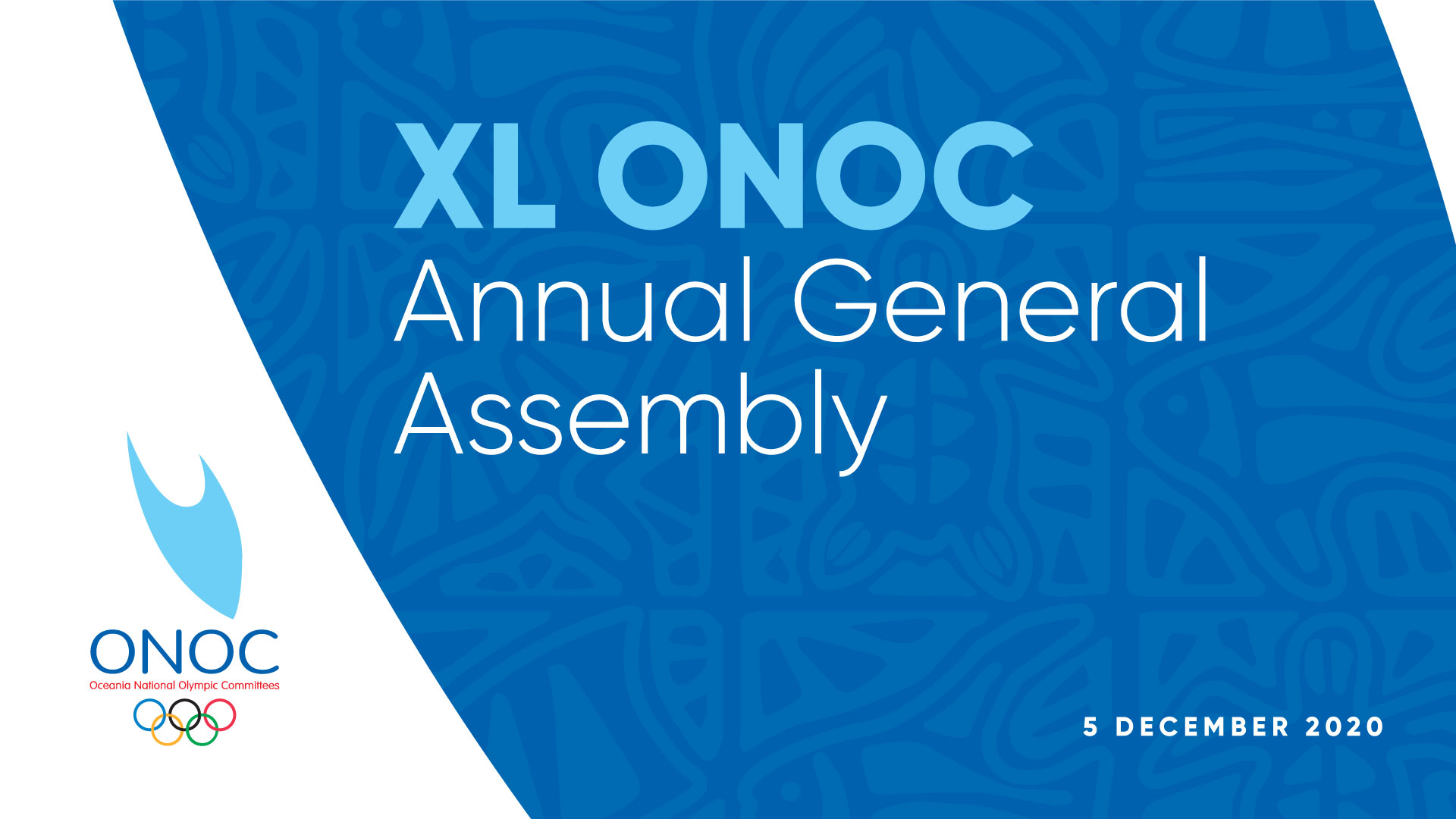 All members are participating in three days of workshops before the Assembly on Saturday, 5 December.

Given the current COVID-19 coronavirus pandemic restrictions on travel and social distancing, with some Pacific island member countries COVID-free, all 17 Members and 7 Associate Members are meeting virtually.

Some key agenda items under discussion over the next four days include the tabling of results of a regional survey on regional sports ministries and National Olympic Committees (NOCs) cooperation in the development of sport, the endorsement of a new strategy for the Oceania Sport Education Programme (OSEP) currently running in 15 Pacific island countries and territories, the presentation of the new ONOC website, and a new Olympic Solidarity Plan.

The Assembly will also receive an update on the Tokyo 2020 Olympic Games which has been postponed to next year.

The meeting is being coordinated in a joint collaboration by the ONOC’s Secretariat and Office of the ONOC President in Fiji and the Office of the Secretary-General in Guam.

While the three days of workshops are closed sessions, the General Assembly on 5 December is open to local media and will also be live streamed via the Youtube link for regional media and observers.