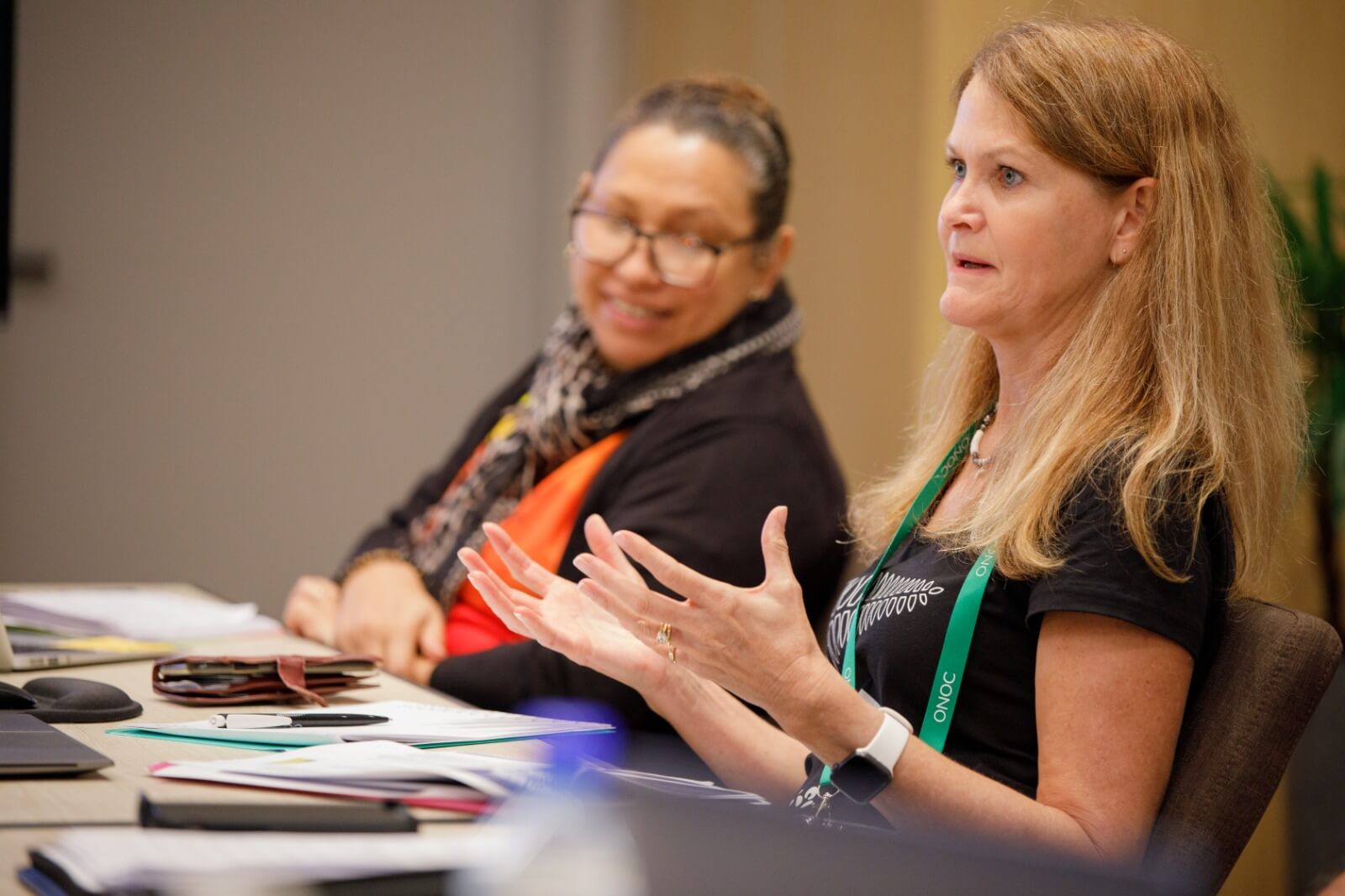 PART 1 OF 10 FROM THE ONOC XLII ANNUAL GENERAL ASSEMBLY

The Olympic Solidarity Forum was one of several pre-AGA workshops held prior to the Annual General Assembly and its outcomes were tabled for endorsement at the AGA.

The 17-member Oceania National Olympic Committees (ONOC) collaborated with members of the Olympic Solidarity Programme from the IOC’s Lausanne headquarters in a consensus-building talanoa format in small groups to firm up commitments and responsibilities.

Prior to making commitments, the ONOC Members shared the overlying issues of internet connectivity and costs in the islands; the lack of capacity to access, manage, and report on grants; and on the continuing need for support in governance and operations.

The Members also successfully tabled the call that the ONOC and Olympic Solidarity provide support by regional approaches for capacity-building, training and access to technical support which would permit peer learning and exchange.

Commitments under Olympic Values included Members agreeing to take advantage of the Olympic Solidarity scholarships by registering two candidates to pursue the IOC Certificate for the Safeguarding Officer in Sport; work toward joining the UN Sport for Climate Action Framework; and to work to enable more people to benefit from sport, increase the recognition of sport as a driver for social change, and strengthen private and public partnerships.

Under discussions on Athletes, Entourage and Sport Development, ONOC Members sought support from Olympic Solidarity to cover high travel expenses and quarantine costs; and agreed to share best practice in NOC Team Support Grants; and sought collective regional applications from ONOC for Technical Coach Courses (TCC) saying that it was far more useful for facilitators to travel and deliver within the region instead of candidates going abroad.

Bringing the training to the region would mean more coaches and technical officials could be trained and it would also be more cost-effective.

Members also expressed the need for more training on the new online platform RELAY, and sought this as a collective, instead of via individual NOCs.

Under Management and Capacity Building, all Members agreed to improve performance on the use of Olympic Solidarity Grants but with the request that capacity constraints be addressed.

The final thematic area of NOC Services which covered ONOC Communications and Digital Technology, all Members acknowledged the importance of Communications but stated lack of capacity as a core issue. Members agreed to appointing paid capacity to meet this need but sought ONOC support in exploring the development of a regional or continental case for funding from Olympic Solidarity.

The Members also tabled the need for a collective digital-based Athlete Tracker database and system to be explored for development taking into consideration all variances in connectivity, technology, maintenance, and data input and collation in the NOCs and their countries.

To find out more: