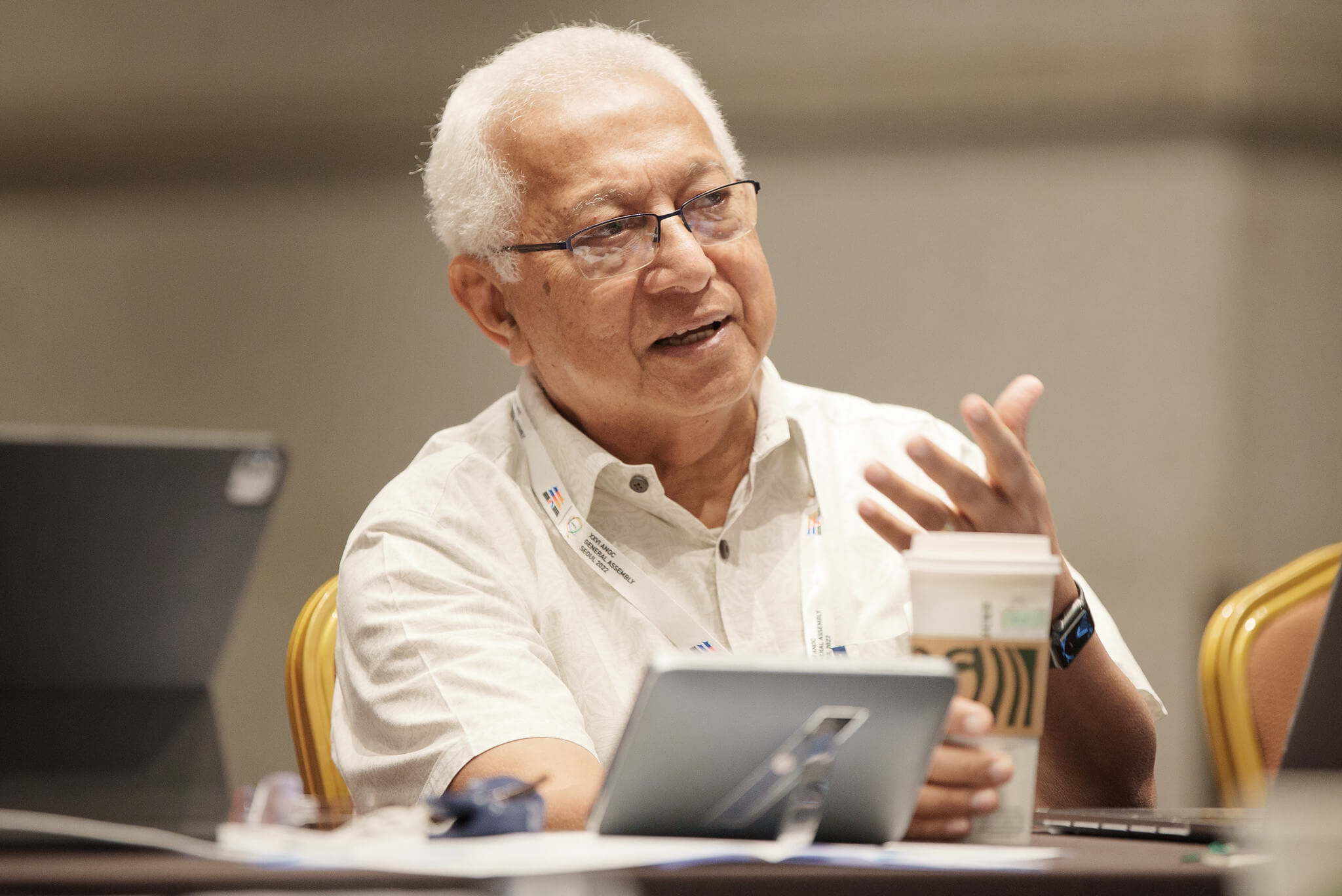 While gender parity is increasing in athletes in various editions of Summer and Winter Games, with TOKYO 2020 and BEJING 2022 the most gender-balanced of the respective Games, there is still a lot of work to be done to increase the number of women coaches and technical officials.

The challenge of low numbers of women technical officials and coaches

Speaking at the IWG World Conference on Women and Sport’s satellite Suva Hub, one of three in Oceania, President of the Oceania National Olympic Committees (ONOC) Robin Mitchell said, ‘In Tokyo we almost had parity in the number of women taking part versus men – Beijing was almost the same number as well, and we hope this continues with PARIS 2024 right up to BRISBANE 2032.

‘But what we would like to see is more women technical officials such as judges and referees and also coaches.

‘Hopefully, Team Up, the Fiji Association of Sport and National Olympic Committee (FASANOC) and we at ONOC can pick up on this together.’

President Mitchell said, ‘ONOC provides technical support to gender equality initiatives in sport through the work of our Equity Commission which is chaired by Helen Brownlee of Australia.

‘Our work is to provide the avenues for women to achieve at all levels of sport – and we recognise that sport is largely run by volunteers, particularly at national federation level.

‘Our role is to empower women and they are underrepresented in sport at all levels.’

President Mitchell also described the role of ONOC as one of five Continental Associations under the International Olympic Committee (IOC) and provided a brief history to contextualise their work in the region.

President Mitchell said, ‘ONOC was established in 1981 and has 17 members and seven associate members in Oceania and funding comes from the Olympic Solidarity Programme which is globally about USD600 million every four years.

‘Currently, Oceania receives USD26 million every four years under the Continental Programmes – but more National Federations need to be working with their National Olympic Committees (NOCs) to access grants under World Programmes of Olympic Solidarity.

‘I hope you will learn from the extensive programme over the next few days, know what is available to you, and it will be up to you and your organisation to take advantage of these opportunities and learnings.’

President Mitchell acknowledged Team Up and the Australian Government, with whom ONOC is working closer with now in the lead up to the BRISBANE 2032 Olympic Games which has been labelled ‘the Games for Oceania’.

For more information and research purposes please visit these links for more: