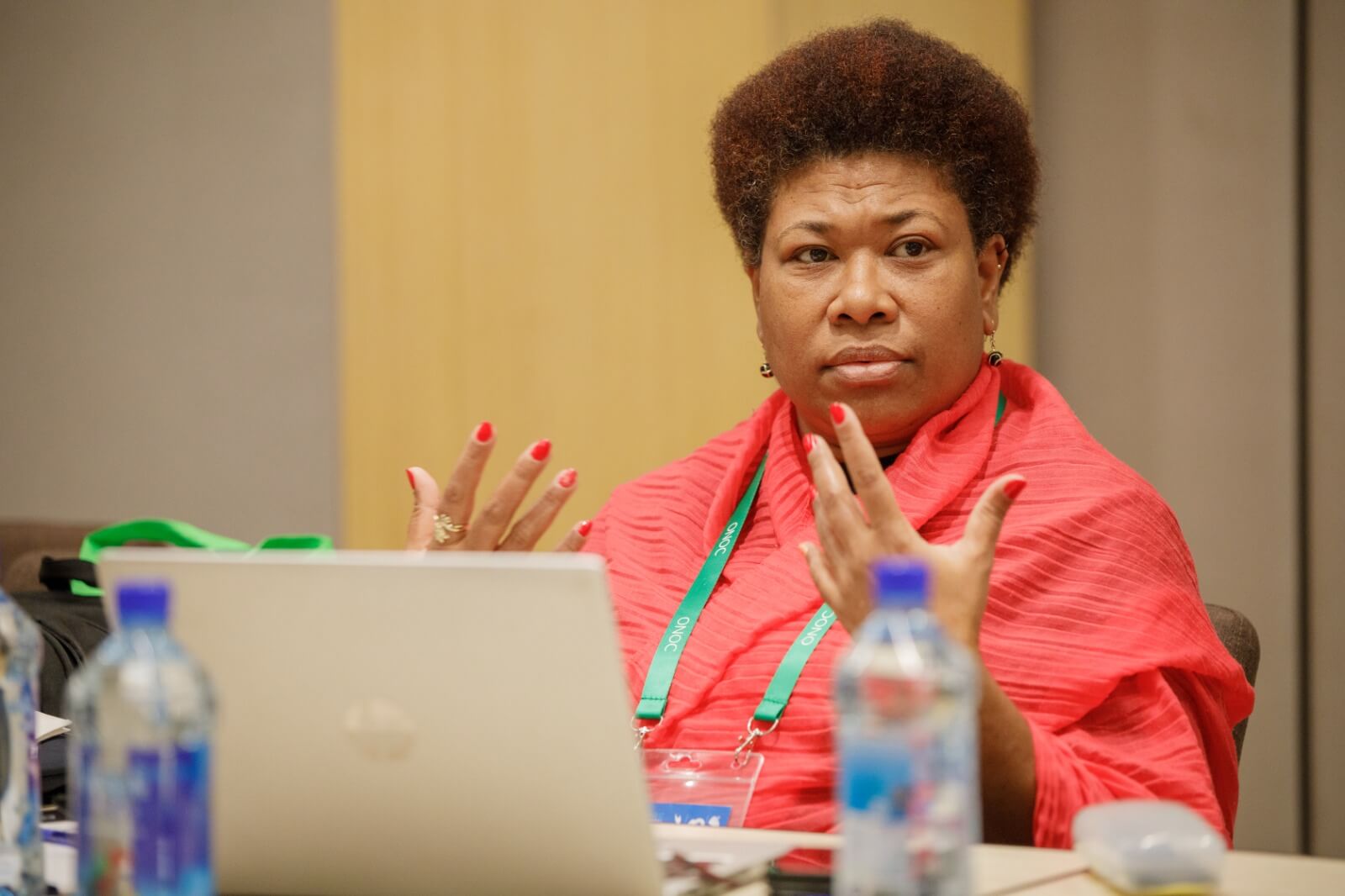 Karo Lelai (PNG), out-going and highly commended Chair of the ONOC Athletes' Commission makes a point at the ONOC International Relations Commission Meeting which was part of the events at the ONOC XLII Annual General Assembly in Fiji. | PHOTO: ONOC

Papua New Guinean lawyer and former national basketball player, Karo Lelai, was commended by IOC President Thomas Bach for her work with athletes in Oceania and in the wider Olympic Movement.

Papua New Guinean lawyer and former national basketball player, Karo Lelai, was commended by IOC President Thomas Bach for her work with athletes in Oceania and in the wider Olympic Movement.

President Bach commended Lelai, expressing gratitude for, ‘the great work being achieved and being a leading figure in athletes’ representation in the entire Olympic Movement’.

Lelai was commended by President of the International Olympic Committee (IOC) Thomas Bach for her great contribution to athletes in her position as Chair of the ONOC Athletes’ Commission.

The out-going Chair of the Athletes’ Commission of the Oceania National Olympic Committees (ONOC) who will not be contesting the position at the ONOC Athletes’ Forum later this year, is recognised for her dedication to athlete welfare and development.

In the time of the COVID-19 pandemic, Lelai led online support to keeping athletes active and recognising the harm of mental health, remained connected with messages of hope.

Lelai also drove a relentless advocacy campaign in working with National Olympic Committees (NOCs) to invest in digital technology and reliable internet to provide athletes at local level to access mental health support, online education and training programmes, including entrepreneurship initiatives driven from the IOC Athletes’ Commission through services via the Athlete 365 platform.

Lelai also serves as Chair of the ANOC Athletes’ Commission, ANOC being the Association of National Olympic Committees with a membership of 206 NOCs across five Continental Associations globally.

She is also Liaison to the IOC Athletes’ Commission and has been a bridge between the layers of the greater Olympic Movement.

Lelai was instrumental in the development of the IOC Athletes’ Declaration of Rights and Responsibilities.