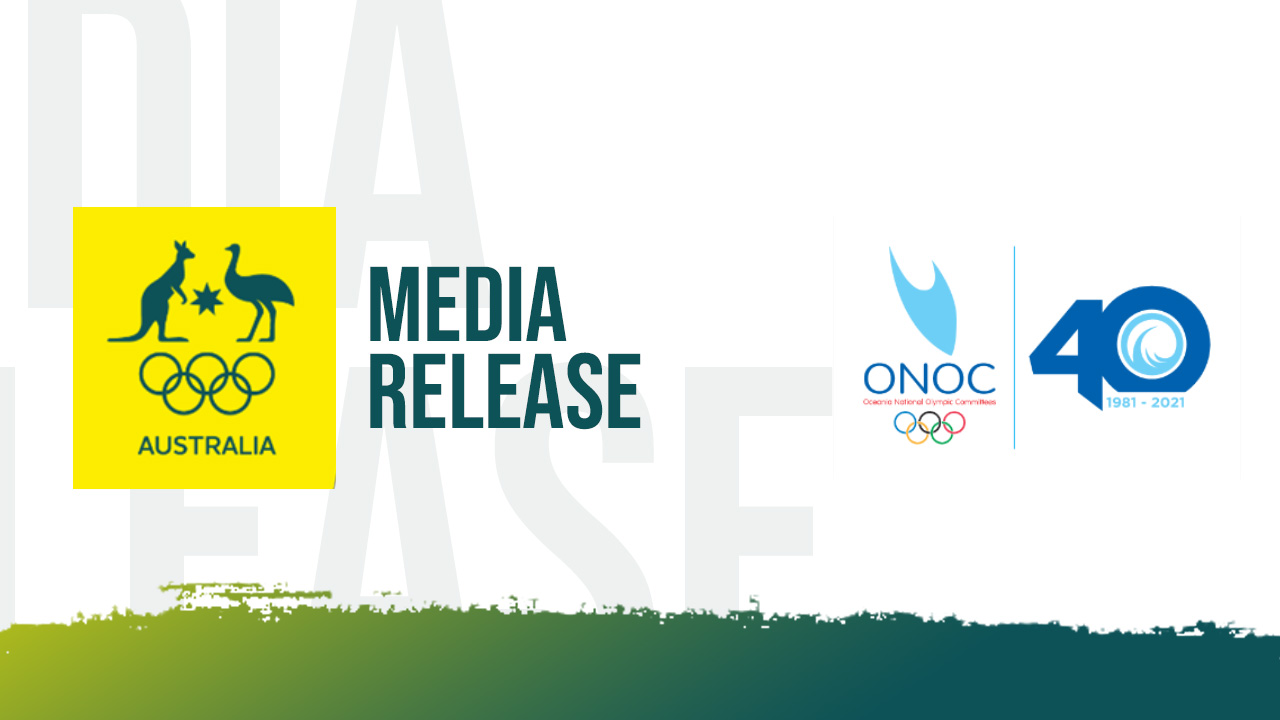 The impact of COVID19 left many Pacific nations in a difficult position in the lead up to the Tokyo Olympic Games. The pandemic created a series of event cancellations that reduced both training and qualification opportunities, significantly hampering the ability of many teams to qualify or compete at their best.

The Australia-Pacific Olympic and Paralympic Partnership project between the Department of Foreign Affairs and Trade (DFAT) and the Australian Olympic Committee (AOC) via PacificAus Sports worked with athletes, teams, coaches and support staff in the lead up and throughout the Games to meet many of the challenges of the pandemic head on. The program facilitated access to high performance training and qualification events.

The results of the program have been outstanding, 82 athletes attended the Games, the combined nations broke five national records, achieved 16 personal bests and 36 season’s bests vastly surpassing expectations. The Fiji Rugby 7s where a highlight of the Games with the men’s side claiming the gold and the women’s side the bronze.

The project through their National Olympic Committees gave athletes from Fiji, Federated States of Micronesia, Kiribati, Nauru, Palau, Papua New Guinea, Samoa, Solomon Islands, Tonga, Tuvalu, and Vanuatu – the opportunity to fulfil their Olympic dreams, many of which would never have been realised without this much needed support.

“The funding and support from the Australian Government came at a pivotal and decisive time in our final preparation and ensured our athletes were able to have the best possible preparation for Tokyo within the very challenging conditions.”

“Due to the pandemic, we have been challenged in our preparations and the Australian Government’s support to 11 of our National Olympic Committees lessened much of the anxiety and uncertainty”

“Pacific Olympians and Paralympians look forward to continuing to build this partnership and working together towards our commitment to future Games. We see this relationship strengthening and offering inspiration to the next generation as the region builds towards Brisbane in 2032.”

“It was an absolute privilege for the Oceania Olympians to represent their respective nations and people at ‘the Games of hope’ and to bring some joy back to the Pacific.

“On behalf of all our NOCs, athletes and coaches we sincerely thank the Minister for Foreign Affairs and Minister for Women, Senator Marise Payne and Minister for International Development and the Pacific, Senator Zed Seselja and the Australian Government for their unwavering support at this crucial time.”

Australian Olympic Committee (AOC) Chief Executive Officer Matt Carroll AM voiced his appreciation of the opportunity to partner with the Australian Government and manage the program and the tremendous difference the support made to our Pacific neighbours.

“The AOC was proud to deliver with PacificAus Sports the support Pacific Olympians needed for training opportunities, travel and funding to prepare for the Games, which made an enormous impact on their performance in Tokyo.”

“The Tokyo 2020 Olympic Games will be remembered as the Games that brought the world together. The PacificAus Sports partnership ensured Oceania athletes could compete with athletes from around the world to send a message of inspiration”.

“I look forward to the Oceania Paralympians also enjoying the same opportunity to excel at the Tokyo Paralympics,” said Carroll.

The project also focused on having a strong gender balance to help influence more young women and girls from the Pacific to get involved in sports. The final teams attending the Games under the program consisted of 37 (45.1%) female athletes and 45 (54.9%) men.

Rellie Kaputin an up-and-coming long jumper from Papua New Guinea reflected on Tokyo, her experience with the PacificAus Sports program and the opportunity for those back home.

“I grew up with this dream to be an Olympian one day, it started in primary school when I was just eight years old and I know there’s kids just like me out there,” said Kaputin.

“It’s so important for youth and particularly young girls across Papua New Guinea to understand that if they work hard anything is possible, you just need to set your sights and believe in your dreams.”

“In the lead up to the Games I spent 17 months training in Australia and while having this time away from my family was difficult it elevated my skills to a new level. The PacificAus Sports program gave me the support that I need to complete my training and get to the Games.”

“In Tokyo, I entered the completion as lowest ranked competitor in the field, however this was not a focus for me, I wanted to break the PNG Olympic record and I focused on what I knew I could achieve.”

As a result of this focus, Rellie was able to finish ahead of nine other competitors all with a much higher world ranking and well ahead of her expectations.

ONOC and the Pacific NOCs are proudly supported by the Australian Government through PacificAus Sports. #PacificAusSports