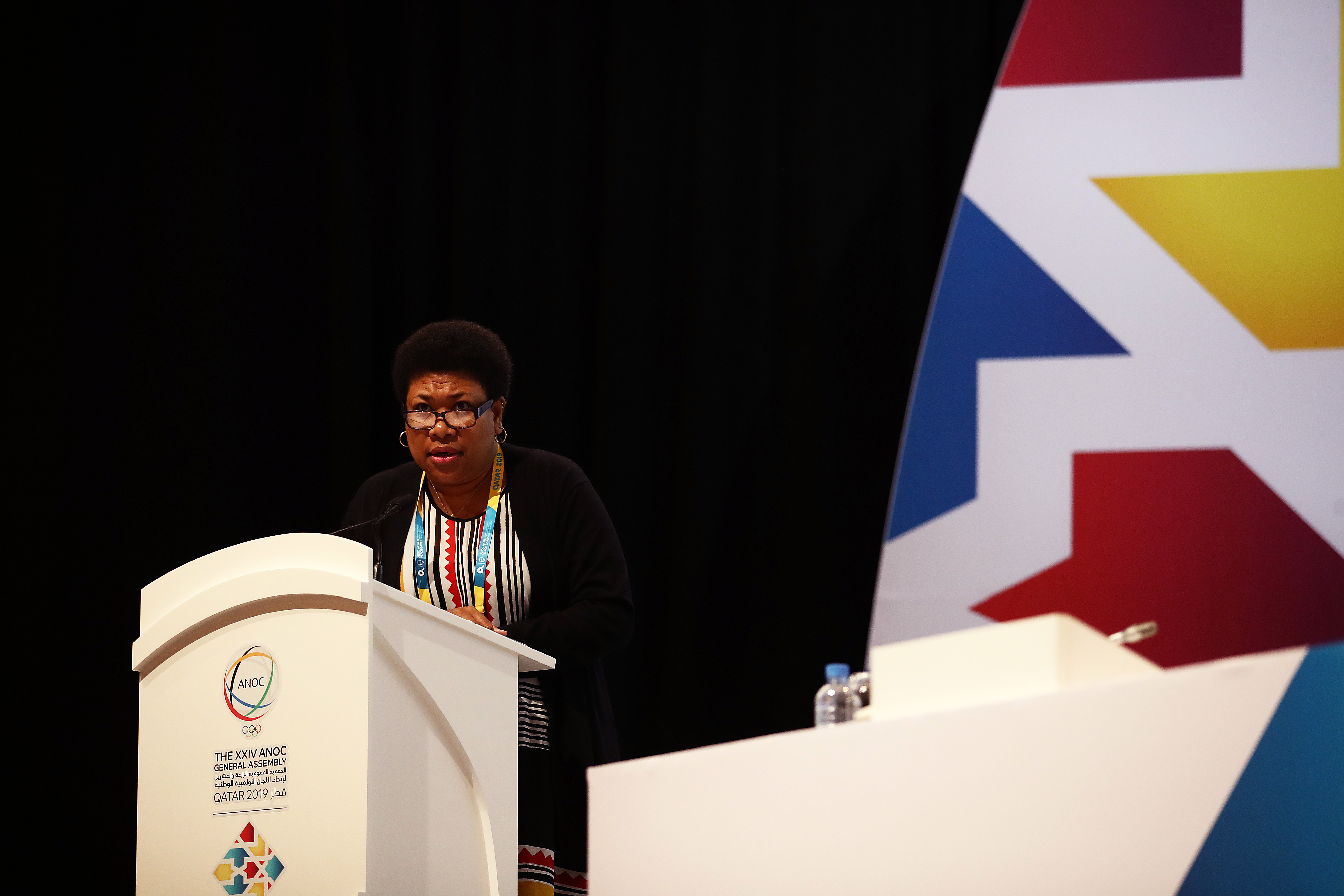 The two-day XXIV ANOC General Assembly drew to a close last Friday following a week of productive meetings and important discussions in the Qatari capital city, as ANOC continues to push for further reform to help better serve the needs of the world’s NOCs.

A total of 204 NOCs gathered in the city of Doha for the General Assembly and agreed on the following resolutions:

∙          ANOC congratulates the Qatar Olympic Committee and its President, H.E. Sheikh Joann Hamad AL-THANI for the excellent organisation of the ANOC Meetings.

∙          ANOC also congratulates the Qatar Olympic Committee and the Local Organising Committee for the hosting of the first ever ANOC World Beach Games and for the great success of these Games.

∙          ANOC supports the report of its Acting President, Dr. Robin Mitchell, and endorsing the great value of the General Assemblies every year which also help the Continental Associations and other organisations to use the opportunity for meetings and networking.

∙          ANOC General Assembly approves the resolution put forward by the ANOC Executive Council regarding the status of the Presidency of ANOC as follows:

“Be It Resolved that, subject to subsequent Executive Council resolution, the ANOC presidential election be continued adjourned for the balance of the quadrennial term with the ANOC Senior Vice President functioning as the Acting President.”

∙          ANOC fully endorses the importance of different Continental Games and its value for the Continental Associations, its member NOCs and its athletes.

∙          ANOC welcomes the initiative from IOC to gather the different organisers of IFs and multisport Games, and ANOC Vice-Presidents to discussions regarding the Sport Calendar.

∙          ANOC has approved the report from the Chairperson of the Finance and Audit Commission, Mrs. Dagmawit Berhane, and the Auditor, Mr. Beresford Caloia, and approved the following:

o  The 2018 financial statements as presented on 17 October to the ANOC 2019 General Assembly.

o  To appoint PricewaterhouseCoopers as Auditors for the quadrennial 2019-2022.

∙          ANOC approved the report of ANOC Secretary General and congratulates her on all activities occurred during the year.

∙          ANOC approves the reports of its different Commissions and the resolutions put forward as follows:

o  ANOC endorses good cooperation and relation between NOC and governments as set out in the IOC Olympic Agenda 2020.

o  ANOC accepts the World Anti-Doping Code (The Code) and confirms its agreements with the principles of the Code and agrees to implement and comply with the Code.

o  ANOC approves the continuance of joint efforts to assist NOCs in the development of marketing capacity and building revenue opportunities to support the mission of Olympism worldwide.

o  ANOC strongly encourages all NOCs that have not yet completed the IOC Gender Equity Survey to do so as soon as possible.

o  The ANOC Medical Commission recommends that the appropriate standard of care be that the TUE is valid for not more than one year, and renewable if needed.

o  ANOC approves the creation of an ANOC Athletes’ Commission strategic plan which will support and amplify the voice of athletes in close cooperation with all athletes’ commissions, specifically with the IOC AC and WADA AC and to solidify positive working relationships and gain demonstrable support from the relevant Continental Association Presidents and Secretary Generals for the work of Athletes’ Commissions. ANOC confirms its support to the IOC AC in the implementation and adoption by all Athletes’ Commission of the Athletes’ Rights and Responsibilities Declaration.

ANOC heard the report of its Event Commission and the information given by the Chair, Mr. Timothy Fok, and ANOC Secretary General as well as the ANOC Technical Director regarding the first ANOC World Beach Games and congratulates to the success of the Games and its combined ANOC/Qatar Team.

ANOC heard the presentations on the preparations for the upcoming Games in Tokyo, Beijing, Paris and Milano/Cortina as well as for the Youth Olympic Winter Games in Lausanne 2020 and the first report from Dakar 2022 and gave them all the support for their important work in the coming years