RISING UP TO THE CHALLENGE! 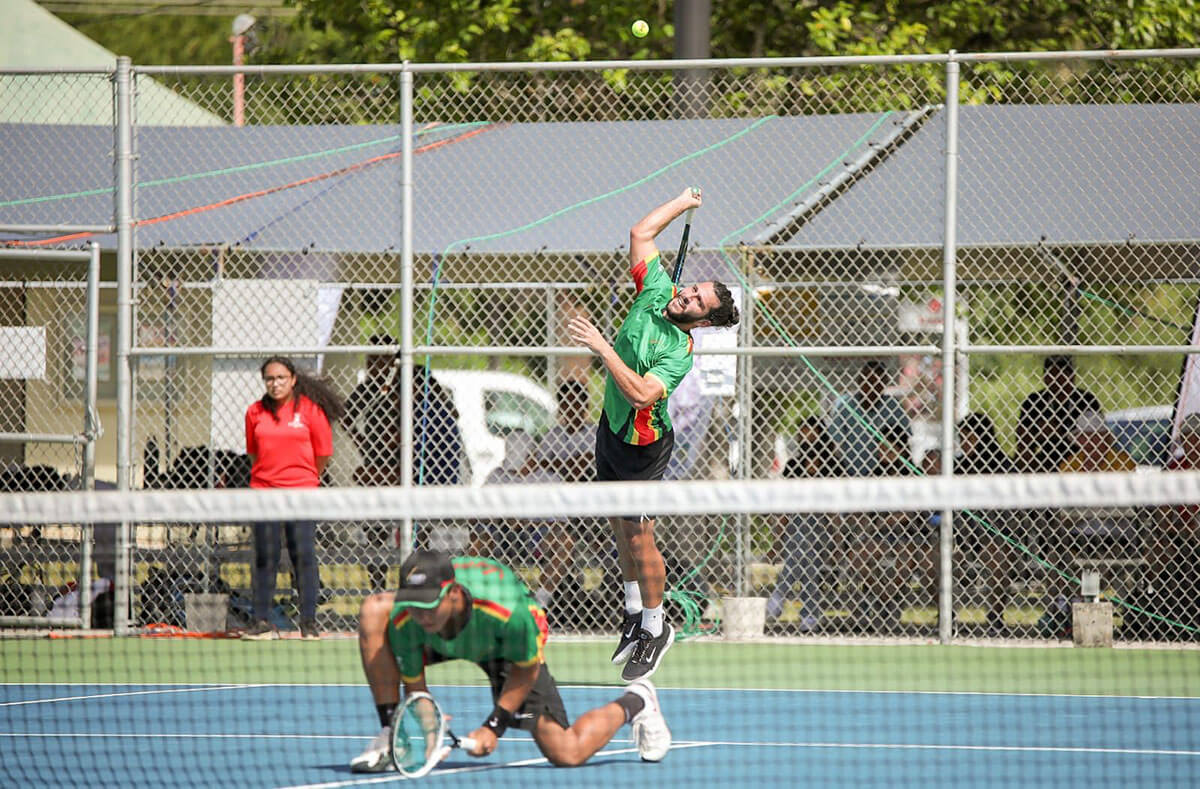 “With over 1000 athletes and 400 officials participating in the Games from 20 countries, theNorthern Marianas Pacific Mini Games will be an event for the CNMI record books,” a Games media release said.

“This is the first time the NMI has ever hosted the Games, and we wanted to make sure everyone is able to participate and tune in,” said Organizing Committee Chairman Marco Peter.

The NMPMG2022 opening ceremony is scheduled to begin at 5.30pm (CNMI Time) today, Friday 17 June at the Oleai Sports Complex in Saipan.

The ceremony will feature a Parade of Nations, Oath of Athletes, Opening Remarks by the Games Organizing Committee, Pacific Games Council, and Governor Ralph Deleon Guerrero Torres, the PMG2022 Torch Relay, and a series of cultural performances.

The NMPMG2022 schedule can be found here. There are a total of 9 sports played across 11 venues and 3 islands.

The Games results can be found here. They are categorized into (a) MedalTally (b) Athlete Live List and (c) Detailed Results.

The Games results are facilitated in partnership with TurnKey Solutions.

The ONOC and Pacific Games Council partnership is important as the Pacific Games is used as a Continental games event in the lead up to the Olympic Games in every quadrennial.

In addition to its financial contribution, a team of ONOC staff have been assigned to the Games Organizing Committee to assist with event delivery, for Games Broadcast, Media Managementand Coordination, and Results Management.

OSEP staff are also on-ground conducting surveys linked to sports training provided to members ahead of these Games.

Communications staff are also on ground collecting digital content for ONOC and the Games Organizing Committee.

VOICES OF THE ATHLETES AT THE MINI GAMES

ONOC through its Athletes’ Commission has activated the “Voices of the Athletes’ Programme” for the Mini Games.

Voices of the Athletes (VOA) is a flagship programme using athletes for advocacy and action surrounding social issues. It began in 2007 and evolved into its current interactive format delivered across multiple games.

The VOA is also an important facilitator of a Governance and Representation mechanism in that athletes use the platform to also elect their representative to the Pacific Games Council (PGC) which is treated as the Olympic Movement’sContinental Games from Oceania. The current Athletes’ Representative to the PGC and the ONOC Athletes’ Commission and Executive is Papua New Guinean swimmer and now sports administrator, Ryan Pini.

The VOA has made significant impact, one of the early ones being on a ‘GoGreen’ environmental messaging and work targeting pollution and single-useplastic in the Pacific islands with PNG ultimately winning an IOC Sustainability Award in 2012.

Its 5 Key Messages that address various social issues are: