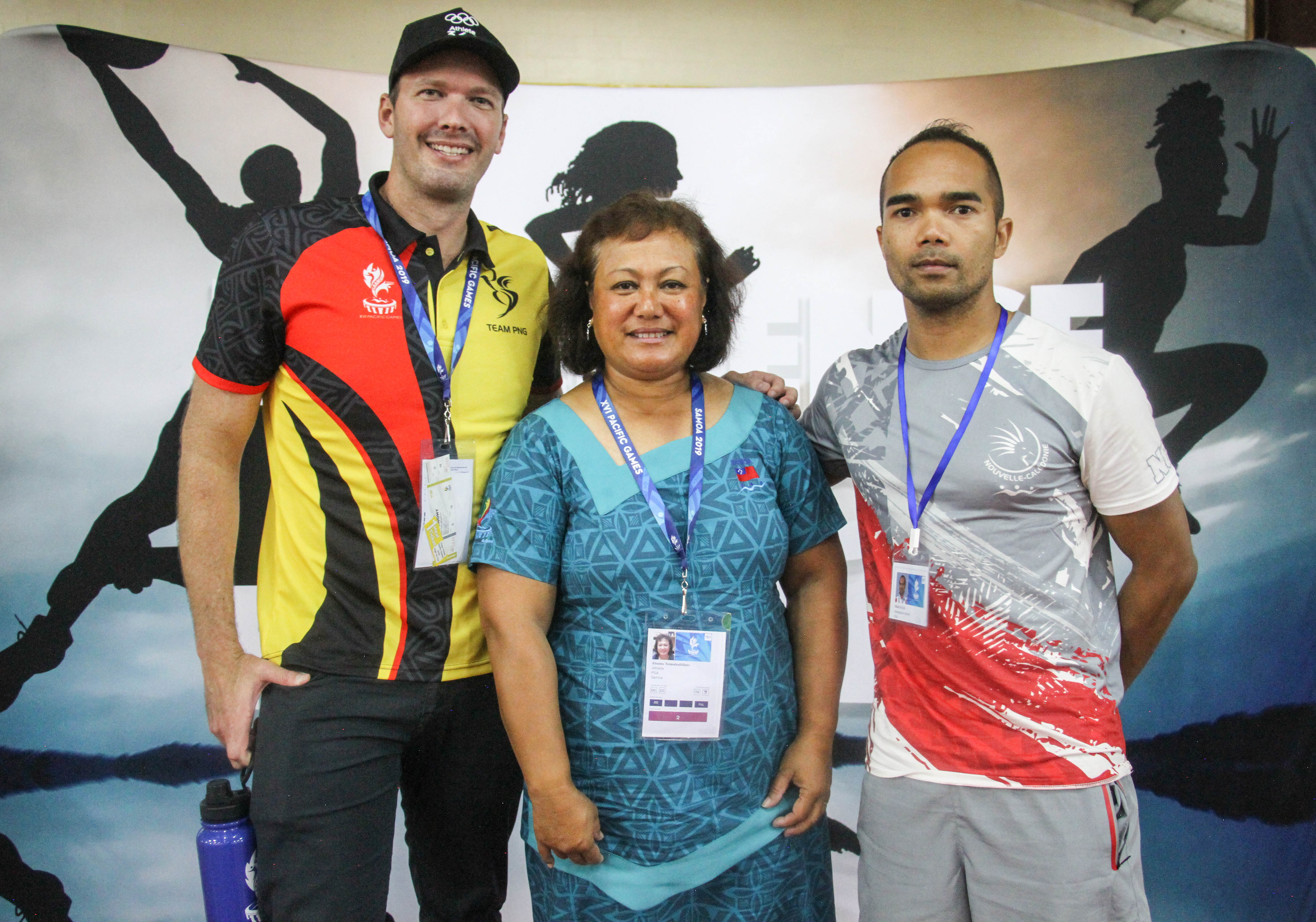 Voting is now in progress to elect the new athletes’ representative into the Pacific Games Council.

Facilitated by the Voices of the Athletes (VoA) Champions and open to all participating athletes from 22 countries at this 16th 2019 Pacific Games in Apia, Samoa, the process is straight forward but conducted in the strictest manner to uphold the integrity of the process.

Three candidates are in the running for this position, and were nominated by the respective Athletes’ Commissions of New Caledonia, Papua New Guinea and host country, Samoa.

Minh Dack, New Caledonia’s candidate has been practicing karate since he was 5 years old.

“After 15 years of practicing karate at a high performance level, I would be honored to be given the opportunity to represent athletes from around the Pacific,” Dack said.

Dack said his goal will be to help, inform and share his experience with others. “I will be dedicated to defending sporting values and the interests of athletes,” Dack added.

Maureen Tuimaleali’ifano is host nation, Samoa’s candidate. A lawyer by profession, Tuimaleali’ifano has been an archer since 2008 and is also an Olympian.  She also serves on the Samoa National Olympic Committee (SASNOC) board, as chairperson of the Samoa Athletes’ Commission.

“I am very passionate about sports in Samoa and the Pacific region given my involvement in the Voices of the Athletes (VoA) program on the themes of Be A Leader, Stay Healthy, Play True, Stay Safe and Go Green,” Tuimaleali’ifano said.

This month she also launched the Samoa Athletes’ Tree Planting Project to support Climate Change and reducing carbon footprints. She said local athletes will plant over 4 thousand trees aligned to the total number of athletes competing in the games.

Tuimaleali’ifano says that if elected she aims to contribute to building a peaceful and better world by educating youth through sport, practiced without discrimination of any kind, premised on the Olympic spirit

Pini says he is passionate about athlete welfare and also about the Pacific Games. “I’ve competed at the Olympics and Commonwealth Games but it is the Pacific Games that gave me some of my proudest and fondest memories.

“I am very passionate about pushing the Athlete Safeguarding Framework and Polices to better protect athletes’ rights.

“I have and will continue to advocate for greater inclusion towards a true continental games to include Australia and New Zealand with the aim of lifting the standard of competition,” Pini said. “I would also like the games to be more inclusive of Para sports,” he added.

Cavu says voting closes at 7.00pm this Friday, 20 July after which the VoA Champions, by request of the Pacific Games Council, will conduct the count.

He said the winner will be announced at the games closing ceremony on Saturday.

“We encourage more athletes to vote between now and Friday as this impacts the future they want to create for themselves,” Cavu added.

With a little over 3600 athletes in this year’s games, 1505 have cast their votes to date.