Tokyo 2020 ahead of schedule and prepared 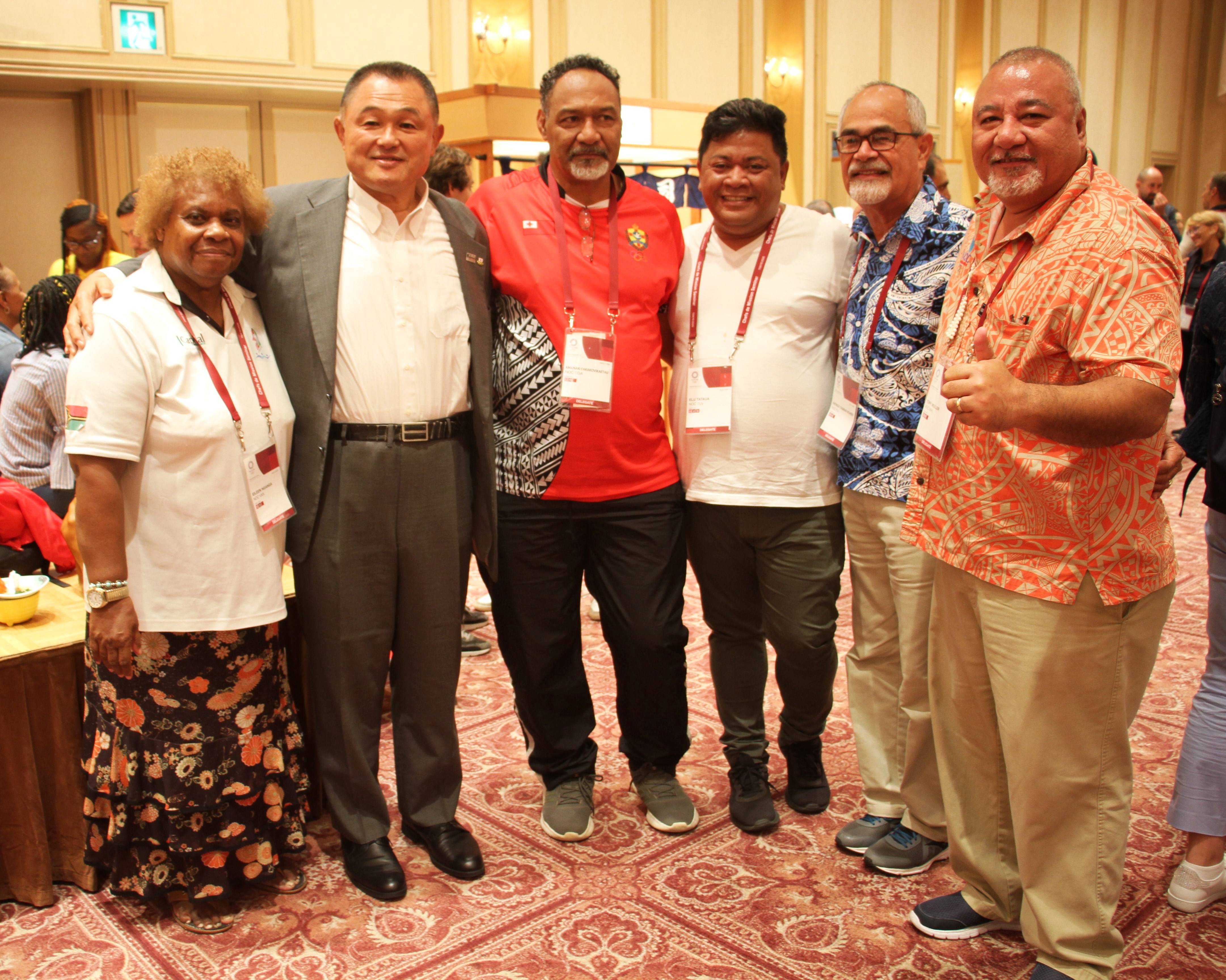 Impressive and innovative are the two words that describe the venues for Tokyo 2020 as Chefs de Mission of participating countries were taken on a tour to see firsthand the progress to date. The seminar currently underway in Tokyo is the opportunity for the Tokyo 2020 Organising Committee to provide competing countries with an update on the preparation of games.

A total of 184 National Olympic Committees (NOCs) are represented by their respective Chefs de Mission who were reminded that amongst other tasks, they are responsible for the preparation of their delegations for the Olympic Games.

The representatives from the Oceania region’s 17 NOCs have said that seeing the venues in person and the progress to date is quite overwhelming and very exciting.

Tony Muller, Chef de Mission for the Marshall Islands said that the venue tours were very informative and educational. “It’s not the same as looking through the dossier; going and experiencing it first hand is a different story,” said the Marshall Islands parliamentarian who was also CDM for the Beijing and London Olympics.

“I am very impressed with what I have seen so far as in my view no other country like the Beijing Games and the Tokyo Games have been this prepared. “Congratulations to the Japan Olympic Committee and the government and people of Japan for a remarkable job. “They are way ahead of schedule and very prepared,” Muller added.

The Cook Islands who will probably compete in athletics and swimming is hoping to qualify for other sports between now and the cut off times next year.

Chef de Mission John Paul Wilson said that the seminar and the presentations have been very helpful. “The venues tour were very informative and I am really impressed with their preparations,” Wilson added.

“I like the innovation here, especially the beds in the games village,” said Amanaki Fakakovikaetau, Tonga’s Chef de Mission to Tokyo 2020. “It’s all used from recyclable material and is so innovative,” Fakakovikaetau said.

For Vanuatu the concern like other games will be where they will need to have shared accommodation.

“Everything is going to schedule and will work out and from my end – I just need to ensure that the rooming will take into account the boundaries around shared accommodation between male and female officials,” Eileen Nganga, Vanuatu Chef de Mission said. “I am very impressed with what they’ve done so far,” she added.

Tokyo 2020 will surely stand out for its green footprint and efforts towards greening the games. Tamazin Wardley, Papau New Guinea’s Chef de Mission says the Olympic Stadium is going to be fantastic.  “We didn’t get the chance to go inside but the outside with all the greenery, is a real different look – so I am looking forward to seeing the completed piece. “The Games Village is very interesting especially with all the high rise buildings,” Wardley added.

Nauru is represented at the Seminar by their NOC Office Manager, Gay Uera. “I am excited for the teams, for them to come along next year and enjoy the experience Japan has to offer,” Uera commented.

On the back of the Pacific Games in Samoa, Chef de Mission Nynette Sass says the stand out for her would be Tokyo 2020’s green initiatives.

“I am quite impressed with what Japan has done, we’ve been watching from afar, seeing the photos and updates but being on the ground is a really different story,” Sass told ONOC Media.

She said the seminar in Japan this week has provided her with a lot more information and that being in Tokyo to hear them present and respond to questions immediately has been very useful.

Participants were treated to a welcome reception by the Japan Olympic Committee at Meiji Kinenkan after the venues tour.