Stakeholders commit to safer sports for children in Oceania 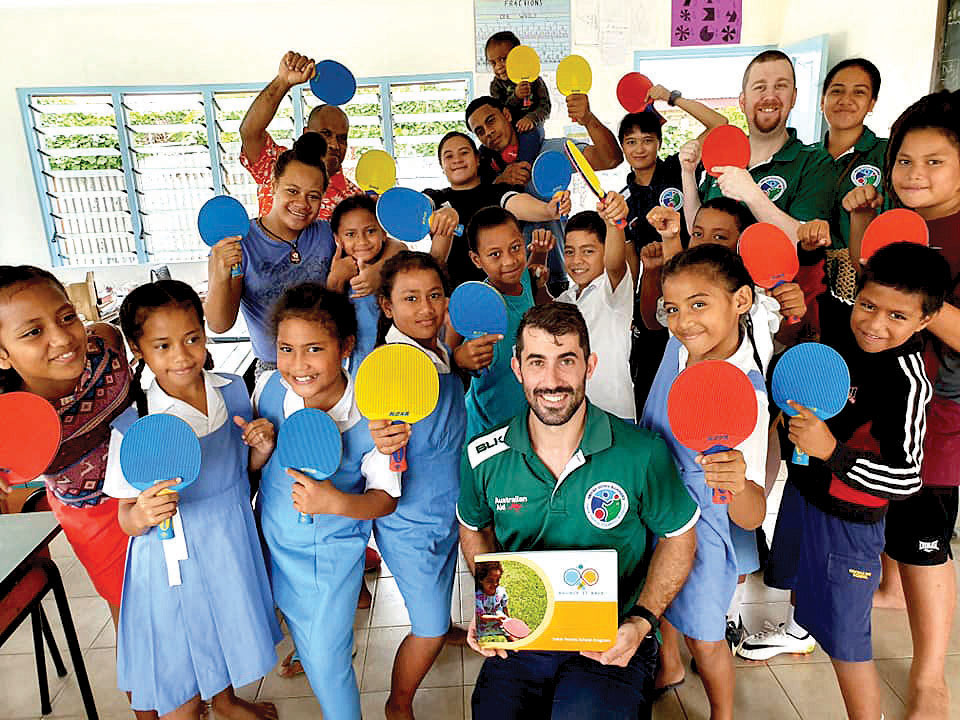 The Oceania National Olympic Committees (ONOC) and sporting stakeholders in the Oceania region are committed to working towards a safer sporting environment for children.

The Oceania National Olympic Committees (ONOC) and sporting stakeholders in the Oceania region are committed to working towards a safer sporting environment for children.

At the Oceania Webinar on the International Safeguards for Children in Sport held on Wednesday 30th September 2020, they reaffirmed their commitment, calling for action on safeguarding sport for children. A pledge was also conducted online via the Facebook page Safe in Sport.

In his opening remarks, ONOC President and executive member of the International Olympic Committee (IOC) Dr Robin Mitchell said the IOC started addressing the Prevention of Harassment and Abuse in Sport - or Safe Sport – in 2004, and since then much has been achieved.

“The IOC Safe Sport initiatives have been developed thanks to the invaluable support of the IOC Athletes, Athletes Entourage, Women in Sport, and Medical and Scientific Commissions, all of whom are represented on the IOC Prevention of Harassment and Abuse in Sport Working Group, which meets virtually every two months,” Dr Mitchell said.

They also agreed to join and promote the annual safer sport campaign on their platforms, and share relevant resources, learning, knowledge and research with the initiative.

OSFO’s Ryan Pini said IOC emphasises the responsibilities of sports governing bodies, highlighting it incumbent upon all stakeholders in sport both to adopt general principles for safe sport, and to implement and monitor policies and procedures for safe sport which state that: all athletes have a right to be treated with due respect, and to be protected from non-accidental violence.

“A compelling reason why we must ensure safeguarding in sport, is the evidence that abuse is happening in sport. There are risks at all levels of sport, and a majority of sport activities around the world are enjoyed by children at community level, therefore we must ensure that sport activities are safe,” says Oceania Rugby’s Participation and Pathway manager Tihrani Uluinakauvadra.

Drawing from various researches conducted in the pacific on harassment and abuse, Uluinakauvadra said it is important to recognise that violence, sexual violence, gender-based violence, harassment, abuse and bullying happens in all sports.

“This is perhaps of even more importance at the community level without the focus of the public media to put pressure on organisations or individuals to take action,” he adds.

SIFF’s ‘Just Play’ manager Maria Rarawa said to make sure children are safe from violence and abuse when they take part in sports activities is important for children and for the organisations that support them and for the sports that they play.

Meanwhile, Dr Mitchell said the International Safeguards for Children in Sport webinar is another step to strengthening safeguarding across our National Olympic Committees and the sport sector in general in the Pacific.

“Earlier this month, the Executive Board of the IOC also approved the establishment of the “International Safeguarding Officer in Sport Certificate”. The course leading to certification is set to commence in September 2021,” Dr Mitchell added.

He said the five-month education course will be developed by an International Advisory Board of experts, and will be fully aligned with other international efforts to protect athletes and align sports policies and programmes with the United Nations 2030 Agenda.

“These new initiatives further strengthen the IOC’s commitment to educating and making the Olympic Movement aware of the importance of safeguarding,” Dr Mitchell said.

He said the final key work area of this programme is advocacy and academia.

“The IOC Safe sport initiatives are underpinned by expert guidance, best practice and evidence-based research. To this end the IOC participates in a number of steering committees on athlete safeguarding; contributes to and publishes academic papers, and has included the prevention of harassment and abuse in sport in the Advanced Olympic Research Grant Programme – to encourage more research in this field.”

The ONOC president adds it is encouraging to see so many from the across the region involved in the webinar and involved in safeguarding sport in Oceania.

The webinar is part of a global series of events facilitated by the International Safeguards for Children in Sport Working Group, the first in a series of webinars for Oceania.

The webinar is hosted by the Australian Sports Partnership Program, supported by Australian Government Department of Foreign Affairs and Trade, and is supported by the Oceania Paralympic Committee, OSFO, Pacific Games Council, International Safeguards Children in Sport and ONOC.