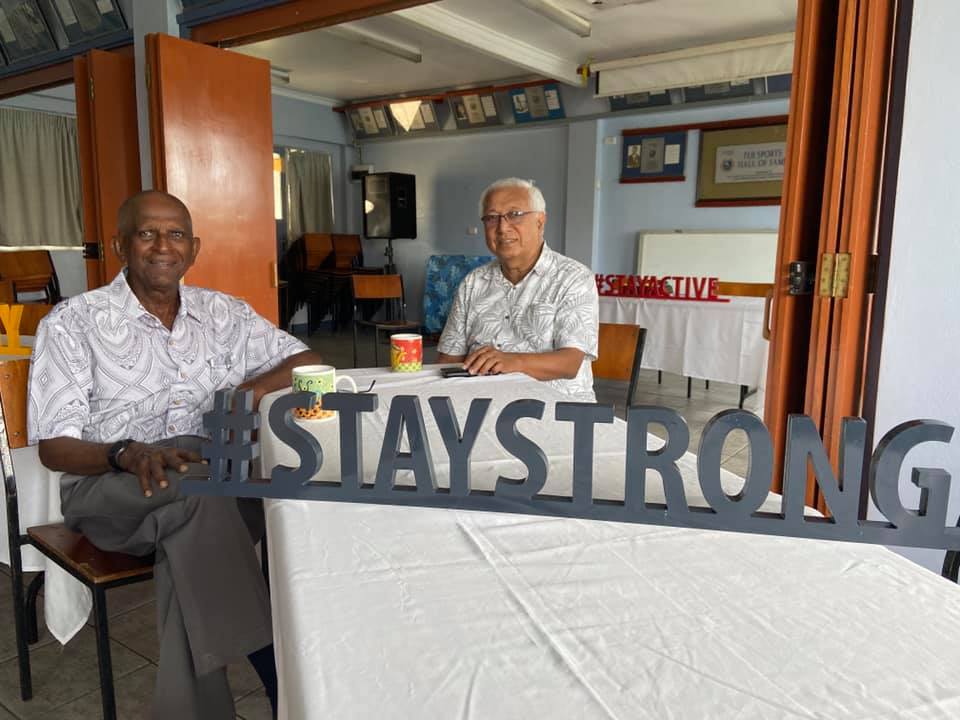 The President of the Oceania Olympic Committees (ONOC) Dr Robin Mitchell and Pacific Games Council (PGC) president Vidhya Lakhan legacy on sports is something that is certain to live on.

The President of the Oceania Olympic Committees (ONOC) Dr Robin Mitchell and Pacific Games Council (PGC) president Vidhya Lakhan legacy on sports is something that is certain to live on.

Both Dr Mitchell and Mr Lakhan have served over four decades in sports administration in Fiji and in the Oceania region, and now also life members of FASANOC.

“We are standing on the shoulders of those who were here in passing on before us. It is our duty to them to make sure their effort, their hard work, their commitment and dedication is not only something we talk about but is something that we live,” Ms Lenoa said.

She said she is always guided by these two sports leaders and appreciates all that they have done and continues to do.

“FASANOC has values, and those values are to be lived in each and everyone of us, as we have seen and heard from Lakhan and Dr Mitchel this morning. Together we will keep FASANOC moving and stronger together we will keep going and keep raising the Olympic flag and the Fiji flag high in our beloved country,” said Ms Lenoa.

Dr Mitchell has served sports nationally and internationally for more than four decades in various capacities as an athlete in Athletics and Hockey, a national Hockey coach, a Team Doctor and Team Management to the South Pacific Games, Commonwealth Games and Olympic Games.

“Basically, the message is, if you are involved in sports and an opportunity arises to represent your country then go for it, and do the best that you can.  In doing so, always remember your beginnings and where you’ve come from,” Dr Mitchell said.

Coming this far, Dr Mitchell said its motivation that keeps him going.

Mr Lakhan also served in sports administration before Fiji became an independent nation from Great Britain in 1970. He was the secretary of the Pacific Games Council from 1996 to 2003 and now its current president.

“I am motivated by the fact that what I do benefits others, the fruit of my labor benefits a wider group and that’s why I keep doing it. Nation building comes from the sort of roles we play and the enthusiasm we put in it