Sport is just the beginning 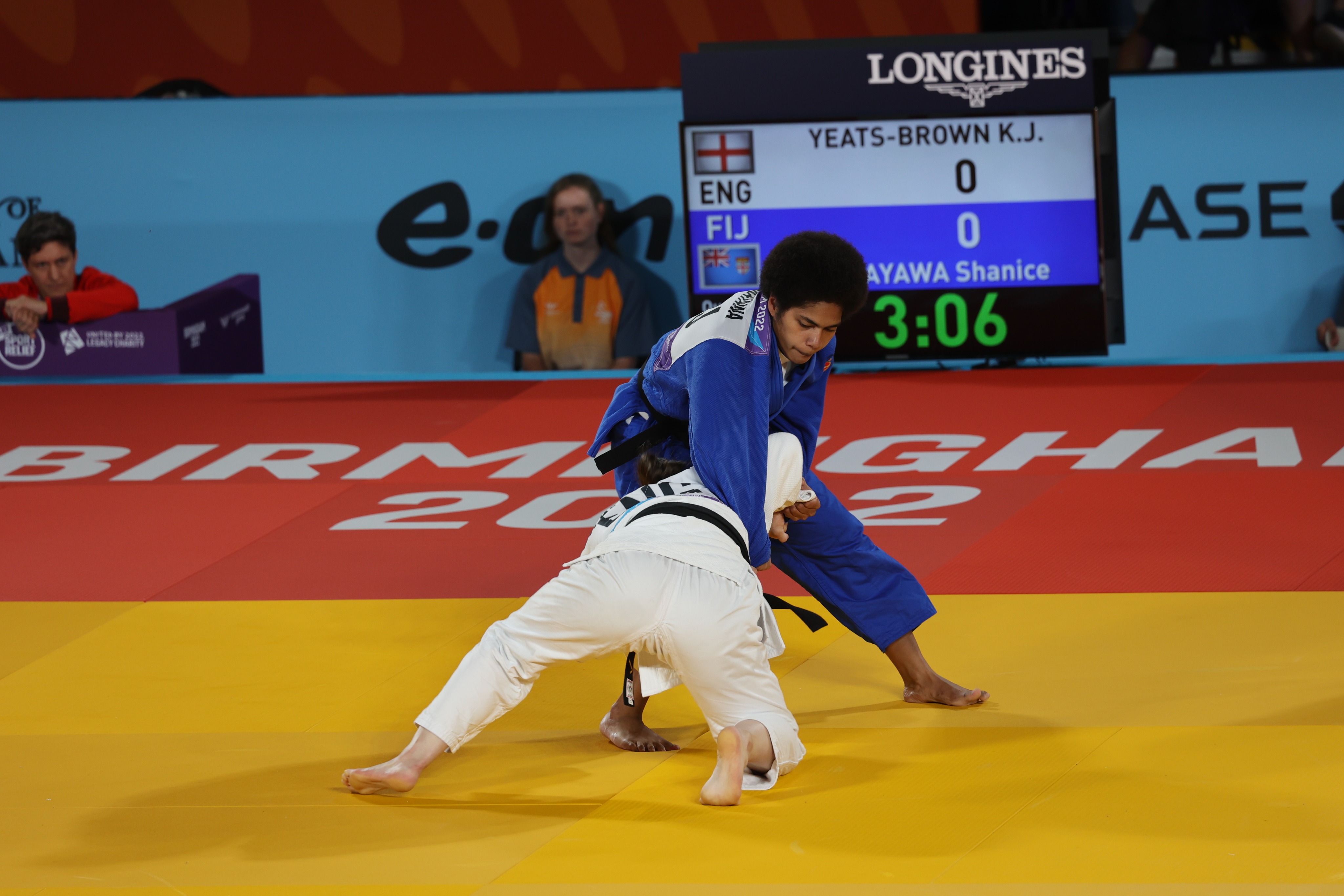 “Hopefully these events change the mentality and help people see the potential that women in sports have,” Gloria King, Chef de Mission, Vanuatu. Reaching a TV audience of more than three million people per day, this massive platform shows women and girls around the world what they are capable of. With more female athletes participating from across Oceania than ever before, hopefully proving to women, all over the Pacific, that they can achieve greatness!

Some male competitors already recognise how important it is to have women represented within sport. “They're just a good example of what women can do; they can be leaders showing everyone how it's done. I think they're great!” Alex Beddoes, Cook Islands Swimmer.

With the women in Oceania setting many new national records; Lanihei Connelly, broke The Cook Islands national record in both 50m and 100m breaststroke, Samoa’s Olivia Borg is the first Samoan swimmer to make a Commonwealth semi-final, progressing further than they ever have before, Fiji’s female rugby sevens squad achieved a Commonwealth Silver medal, it is clear that there are many powerful, strong, and resilient women across the nations of Oceania.

However, it’s not just the female athletes that are paving the way for future females to follow. Working behind the scenes are many female officials in powerful roles. Gloria reflected on this when she said “I'm Chef de Mission, my general team manager is a woman as well. The number of women we have here, it's definitely given us a lot more empowerment to go back and continue to raise the bar.”

Similarly female coaches inspire other women to follow their footsteps and create a legacy. “My coach, Louisa Peters, is my inspiration. If she can do it – I know I have a good chance,” Manine Lynch, Cook Islands Weightlifter. Coaching Edna Boafob is Olympic pentathlon champion, Glynis Nunn. This female leading female coaching provides young athletes with the experience and expertise from exceptionally talented sportswomen. This helps in preparing young athletes on what to expect on a world stage, both physically and mentally, supporting them throughout their journey. It enables women who have previously competed, “To show the strength of women” and create an ongoing legacy, Manine Lynch.

Being mindful of the physical and mental wellbeing of sportswomen is important to ensure the longevity of their career. “So, in all honesty, we were meant to bring one boy, one girl, I really wanted to bring a female, but we had to bring somebody at the next level but there's a huge push to have that equality and drive as well for the women,” Maryann Moss secretary of Fiji triathlon association.

With attitudes differing across the globe on the roles of women in society and in sport, it is easy to see why there may be barriers that prevent some from being able to access sports in their country. “The culture too. The last time we sent a team to compete in 2015, there was six. Three boys, three girls. Now there is only Andriana because the other two are married and their husbands don’t let them train.” Nathan Siofa Thompson, Solomon Islands triathlon coach. “I try my best to collect the younger women and get them into the sport, but the husbands don’t let them,” Andriana Tukuvia Solomon Islands triathlon.

Other barriers towards sport are the stigma attached to certain sports, for example, women in weightlifting and women in rugby, which can be perceived as male sports. With these perceptions changing, in no small part, to the inspiring athletes from Oceania who are paving the way for new talent, we must remember that there is still a way to go. To ensure women feel they can participate, we need to look at how societies see, and value the role of women. “Look at the gold medallist, she was amazing and hasn’t compromised any of her femininity. She’s out there with her eyelashes, her hair and killing the weights. It’s so motivating and encouraging for the rest of us and hopefully everyone watching,” Manine Lynch.

Vanuatu are setting their sights on being the change they want to see. This is led by the women’s beach volleyball team with the support of the ‘Volley For Change’ organisation; “We use volleyball as a tool to educate women about eating habits, better health and use it as a tool for teaching the women about their rights. Traditionally in Vanuatu, women stay at home and look after their families, but we empower the women through ‘Volley for Change’ explaining that they don't have to do the traditional practices, that they can also play sports,” Debbie Masefalo Vanuatu Beach Volleyball President.

With these games being the first ever multi-sport event to include more medal events for women than men, it is clear that these games will create a long-lasting impression on females around the world. I know that showing powerful women on this platform is sure to create a legacy for the years to come.

“A key focus of these games is women in sport. We can be so proud of the progress we have made and we have come a long way toward gender equality in sport, but there is still much more to be done,” Commonwealth Games President, Dame Louise Martin DBE.

Gloria King spoke about the support she had witnessed for female athletes and how inspiring it had been; “...I hope we can get that support behind us.”

Luckily for Oceania this is exactly what ONOC’s Equity Commission Oceania (ECO) is striving to achieve. The Commission’s vision is to see ‘women and girls empowered through sport’. Its mission is to strengthen the capacity, capability and equality of women and girls in sport through effective leadership and management; education and training; promotion of gender equity and diversity; and communication, advocacy and promotion.

Sport is just the beginning.