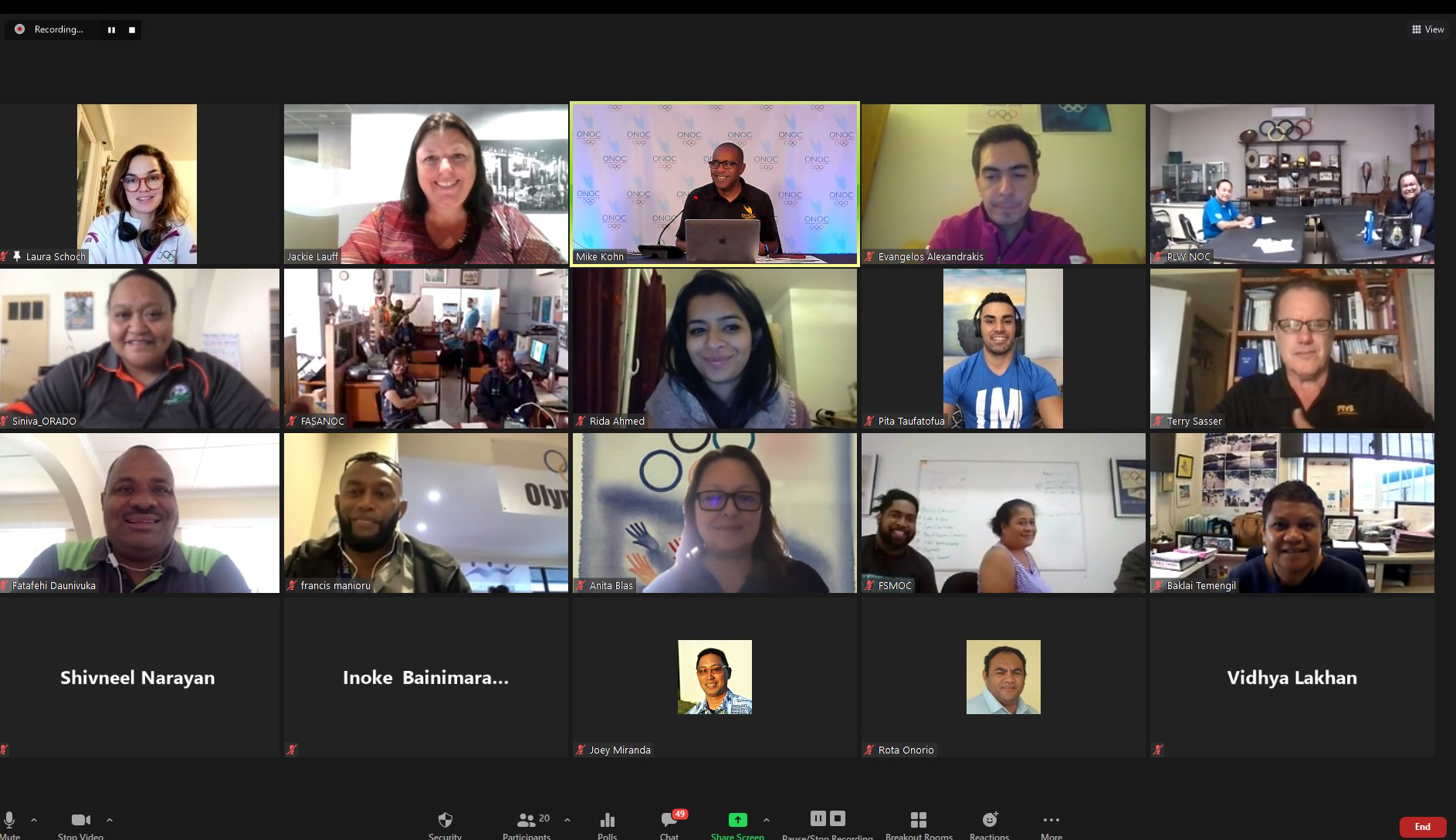 The sports policy area of prevention of competition manipulation is an emerging concept in Oceania and needs cooperation to navigate new challenges, particularly, in the face of inclusive COVID-19 recovery.

‘Inclusive COVID-19 recovery can only be achieved with integrity and sport is no exception,’ said Hon. Baklai Temengil in her opening remarks at the ‘Prevention of Competition Manipulation’ webinar on 9 December commemorating World Anti-Corruption Day. Ms Temengil is Palau’s Minister of Community and Cultural Affairs and the Oceania National Olympic Committee’s (ONOC’s) Vice-President and Chair of the ONOC International Relations Commission.

‘The phenomenon of competition manipulation is a significant threat to the integrity and credibility of sports competitions and no country and no sport can be immune from this threat.’

Ms Temengil also said ONOC was delighted to deliver this first webinar in partnership with the International Olympic Committee’s (IOC’s) Olympic Movement (OM) Unit on the Prevention of the Manipulation of Competitions (PMC).

She added that National Olympic Committees (NOCs) and National Federations (NFs) of all sport ‘should take actions in line with the Olympic Movement Code on the Prevention of the Manipulation of Competitions and be ready to tackle any relevant threat.’

The IOC’s PMC unit has been providing support and advice to Oceania NOCs and many have benefited from customised one-on-one sessions examining core actions for NOCs and their member NFs on rules, education, awareness raising and intelligence.

Ms Temengil also commended ONOC President Dr Robin Mitchell who among several IOC board and commission leadership positions is also a member of the Advisory Board of the Olympic Movement’s PMC. She said his advisory role underscores the importance of the issue to Oceania and his role has assisted in the emerging work taking ground in the region.

Prevention of the Manipulation of Competition exists to protect clean athletes and part of its progress is that all accreditation-holders at next year’s Olympic Games will have to respect a Code of Conduct and the Tokyo 2020 Betting Rules. The IOC also has an Integrity Hotline that enables everyone to report suspicious activities, including ones related to competition manipulation and any other infringements of the IOC Code of Ethics.

These are part of the preparations for athletes, coaches and officials toward the upcoming Olympic Games and at a deeper level, toward cleaning sport for a more inclusive and sustainable world given sport and physical activity are core to healthy populations and post-pandemic recovery.

The Olympic Movement’s Prevention of the Manipulation of Competitions can be found here with the Integrity hotline. Get to learn and or follow the Oceania Continent’s work on Competition Manipulation here.