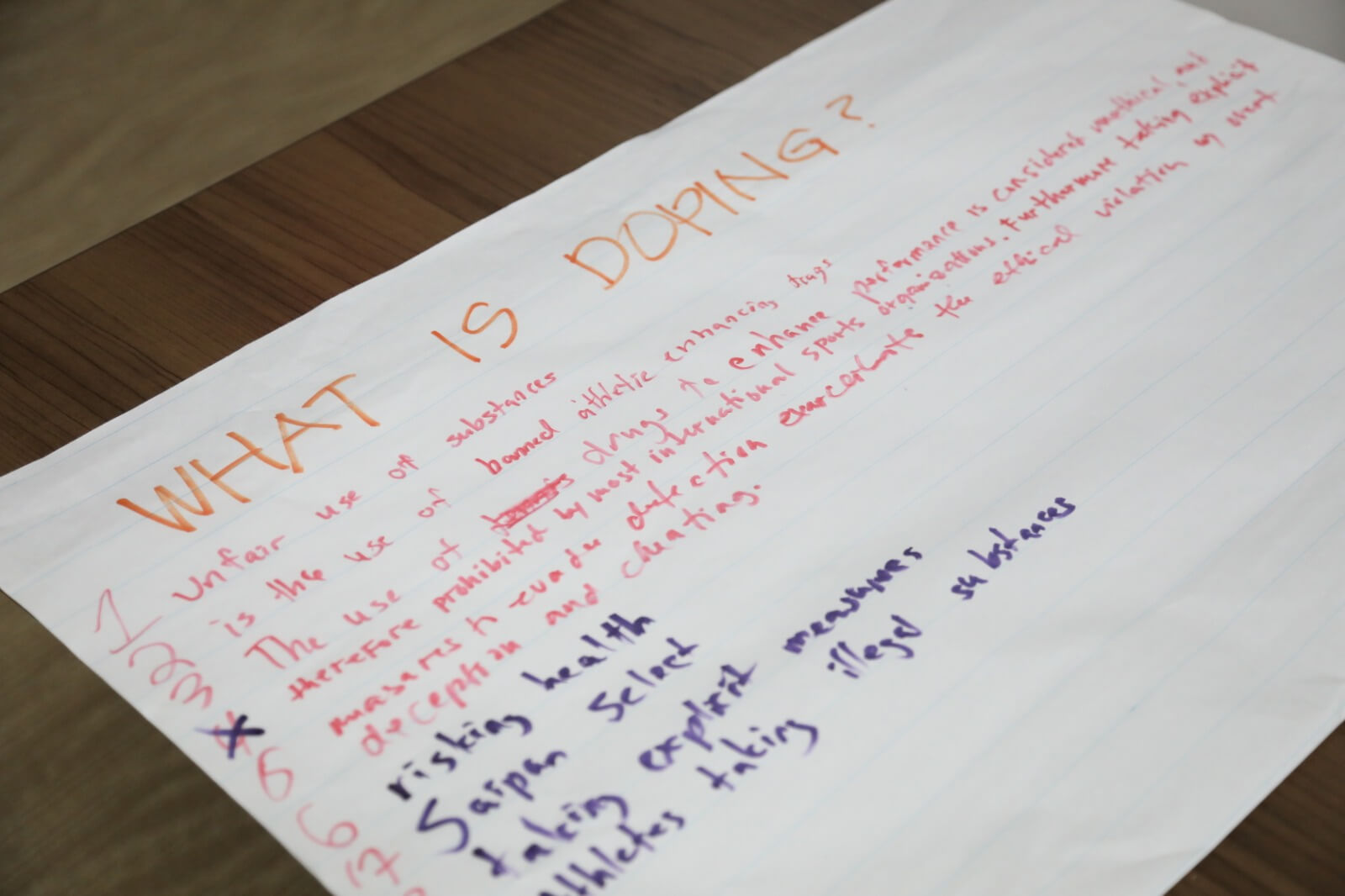 The world and language of Clean Sport is defined by doping-free sport, athletes meeting at competition without the advantage of drugs and other artificial enhancements.

Clean Sport creates Fair Play. It denotes respect, honour, honesty, and couched in these, is friendship.

In sport, we value friendship which leads to cooperation and excellence.

However, friendship finds home in mutual respect, honour, and honesty.

I also acknowledge the hard work and commitment of Immediate Past Chair, Cyrille Mainguy (VAN, Vanuatu).

ORADO is both a Programme and Partner of ONOC as we work to moving it to complete sustainability and independence.

This year’s theme for Play True Day is ‘Play True for Peace’ – critical for us in a troubled time when our planetary health is at stake with swathes of air, land, and sea pollution and biodiversity loss coupled with the climate crisis, the COVID-19 pandemic, and war.

Now more than ever, we need every space possible that can bring to life and nurture human integrity for inroads to peace.

This is not the first time we are facing troubled times. Neither will it be the last.

Now, will not be the first time we celebrate and advocate more strongly for Clean Sport as a pathway to protecting clean athletes that live respect, honesty, honour, and fair play in their sport and in communities.

In a time when the media is riddled with disinformation which goes beyond truth and lies to simply thwart the very idea of the possibility of truth based on spreading doubt, clean athletes who Play True are one of the most powerful demonstrations of what it means to have integrity.

Integrity builds friendship and trust, and in turn, builds peace.

The IOC support for Clean Sport

As a demonstration of our commitment to Clean Sport in the Olympic Movement, may we be reminded that the International Olympic Committee (IOC) played a key role in the establishment of both the World Anti-Doping Agency (WADA) and the International Testing Agency (ITA) – both of which not only lead testing but education, awareness-raising, and advocacy among athletes, major event organisers, governments, and communities.

Both initiatives were driven toward independence to maintain integrity – to remain apart from sporting organisations.

It is estimated that the Olympic Movement spends USD260 million during an Olympiad to fight doping – of this, USD136 million comes from the IOC.

Aside from this, the IOC has implemented several programmes and initiatives, such as a comprehensive pre-Games testing programme, a long-term programme to extend the storage of pre-Games samples to 10 years, and the reanalysis of samples from past Games.

The IOC support toward Clean Sport finds its way to Oceania, and the Pacific Islands, particular, through Olympic Solidarity’s Continental Programmes support to the Oceania Regional Anti-Doping Organisation (ORADO) through the Oceania National Olympic Committees (ONOC).

Since inception in 2005 and appointment of independent governance since 2006, ORADO has been supported by Olympic Solidarity and the Australian Government. UNESCO has also supported projects.

The IOC commitment to Clean Sport in Oceania has remained steadfast through Olympic Solidarity funding support. It has improved testing, capacity building, and education, and with further growth projected in the new quadrennium from 2021 to 2024.

The world of sport is also constantly under threats from various elements that cut to the heart of clean, safe and fair competition.

To begin addressing some of these challenges in practical terms, ONOC’s International Relations Commission is developing a new e-learning platform that will help inform, educate and protect athletes, administrators, coaches and other stakeholders involved in all levels of sport across the Oceania region. I thank the IRC Chair, Baklai Temengil, for leadership in this effort.

In the new quadrennium, this commitment is moving to strengthening public support to jointly supporting clean sport – through governments and public institutions.

Today is about integrity which is integral to peace in our communities. I thank all athletes of Oceania, National and Regional Federations, Games Organisers, Volunteers, and Supporters of Sport and Clean Athletes for continued commitment to Clean Sport.

Sport remains a worthwhile and respected endeavour because of your work.

To find out more information: