Pacific at the Opening Ceremony of Birmingham 2022 Commonwealth Games

The action from the Birmingham 2022 Commonwealth Games Opening Ceremony 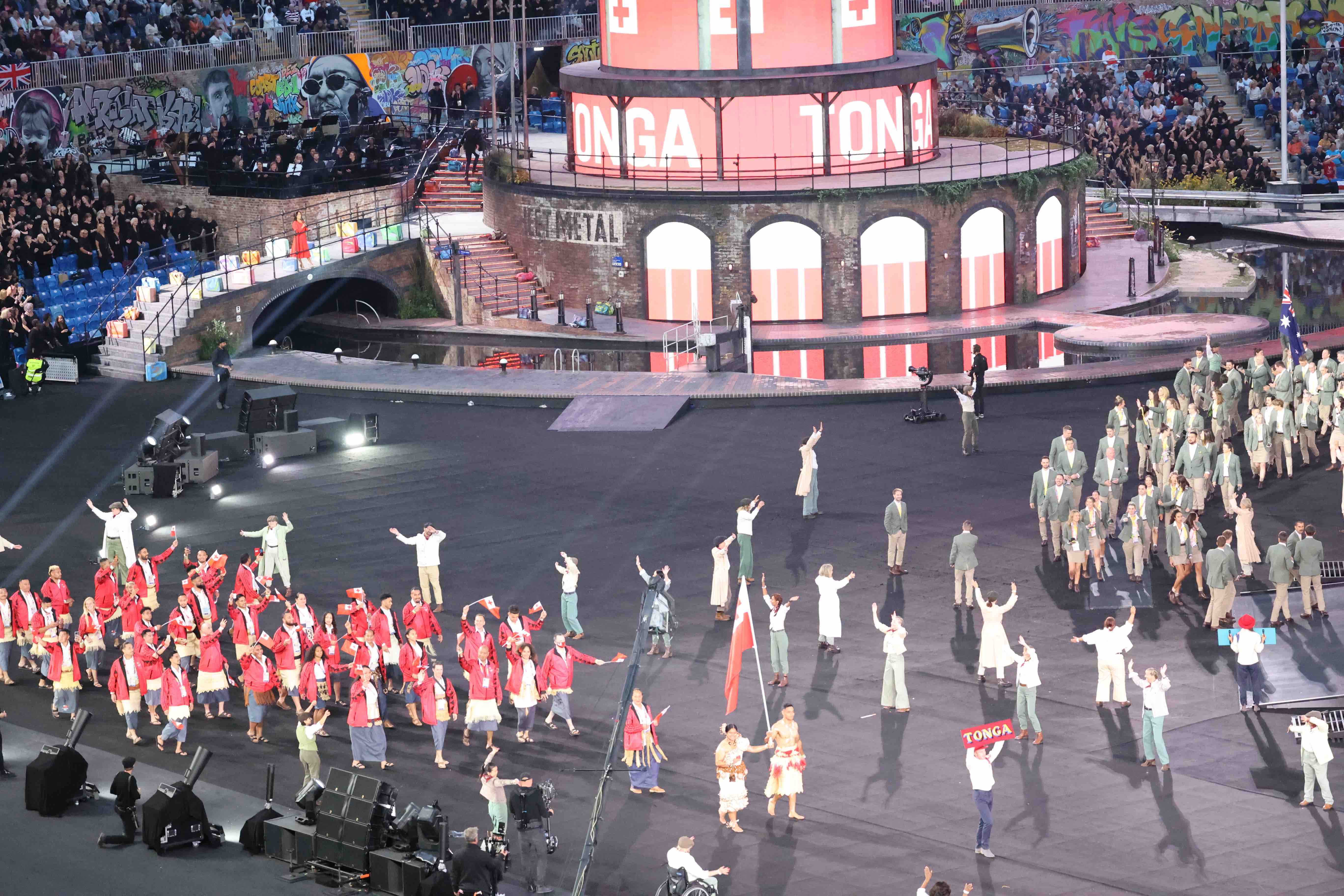 Today marks the official start of the Birmingham 2022 Commonwealth Games with the opening ceremony kicking off an exciting 11 days of events.

Today marks the official start of the Commonwealth Games Birmingham 2022 with the opening ceremony kicking off an exciting 11 days of events. After a very different few years around the world the opportunity to unite in sport was welcomed by all athletes, officials and spectators. Commonwealth Games Minister, Nigel Huddleston, said: “The Birmingham 2022 Opening Ceremony is the next blockbuster in our major year of sport and culture - the curtain-raiser for an incredible 11 days of sport.”

The opening ceremony was held in Birmingham’s newly redeveloped Alexander Stadium seating over 30,000 people. Birmingham showcased its rich, diverse history and its muti-cultural heritage through the storytelling of its famous influential creative talents. Artistic director Iqbal Khan showed how the city is constantly moving forward responding to changes in the city’s dynamics. The stadium was set around a central bull ring with a nod to the original Bullring Market established in Birmingham in the 12th century for bullbaiting and the sale of goods. This marketplace remains a popular meeting place in the city of Birmingham, though the bullbaiting has long since ceased!

The theatrical narrative started when a ‘call to gather’ was sent out from the Alexander Stadium to athletes from the 72 nations. Dancers answered by packing their sports equipment, passports, and their shards. These shards are beacons of hopes and dreams.

The next chapter of the story saw 72 cars drive around the stadium and create the union flag. His Royal Highness Prince Charles then drove into the stadium with The Duchess of Cornwall in his personal Aston Martin just in time to meet the giant animatronic bull.

As a symbol of the great bullring the 10-metre-high mechanical puppet, designed by over 50 people and built in over 5 months then took pride of place in the centre of the ring. This then set the scene for the athletes’ arrival.

Oceania led the athletes parade entering the bull ring with a warm welcome for all our Pacific nations, dancers and crowds waving and clapping welcoming them to Birmingham.

Fiji then followed, engaging the crowd dancing and waving. As they approached the royal box their waves were directed to His Royal Highness whilst cheers echoed around the stadium. Team Fiji led out by flag bearers Naibili Vatunisolo and Semesa Naiseruvati were flying the flag not just for their country but for equality.

Kiribati was next to join others in their continent entering in bold team colours bringing a splash of sunshine to the bull ring.

Nauru added to the build-up of athletes within the stadium, Christon Amram the flagbearer will be representing his country in boxing starting on day 1 of the games.

Niue’s smiles and waves as they entered the stadium were greeted with cheers from the crowd led out by Travis Tatatuetoa and Olivia Buckingham. Niue’s contrasting colours of yellow and blue made them stand out amongst the athletes.

Norfolk Island, hoping to improve on their Gold Coast medal tally, were led by lawn bowls athletes Tim Sheridan and Shae Wilson sporting the country’s national symbol of the pine tree on their uniform.

Papua New Guinea stood out representing the different provinces within their nation to represent PNG as a whole in striking national colours of red and black. Once again, the Bird of Paradise flew high for PNG. The contrast amongst the sea of blue by the nations of Oceania ensured that they stood out in a crowd.

Samoa brought Birmingham a taste of island culture which was warmly received by the crowds. The music may have been all Brummie (Birmingham – local slang for residents) but the dancing was purely Samoan.

Leading the way for a strong Tongan team, Nini Manumua and Sione Tubou, made a grand entrance much to the delight of the crowd in their traditional attire waving the Tonga flag with pride.

Despite being small in numbers Tuvalu’s presence in the athletes’ parade was mighty. It was great to see some excited faces in the team. Tuvalu have brought many “new athletes to expose them and start building from there," Tala Simeti.

Representing the diversity of the games Vanuatu’s para-athlete Elie Enock took central position in leading the team out into the ceremony with her teammates Miller Pata (beach volleyball) and Joe Mahit (Judo).

Resplendent in red and white, England brought the athletes parade to a close and whilst some athletes had to leave to prepare for their early competition in the morning, those who were lucky enough to stay witnessed the Queen’s Baton make its final journey to the stadium. After the formalities of the speeches and the warm welcome from His Royal Highness the evening drew to a close with a raucous finale from local music legends Duran Duran.

We wish the teams the best of luck in what promises to be an eventful 11 days of exciting and friendly competition.