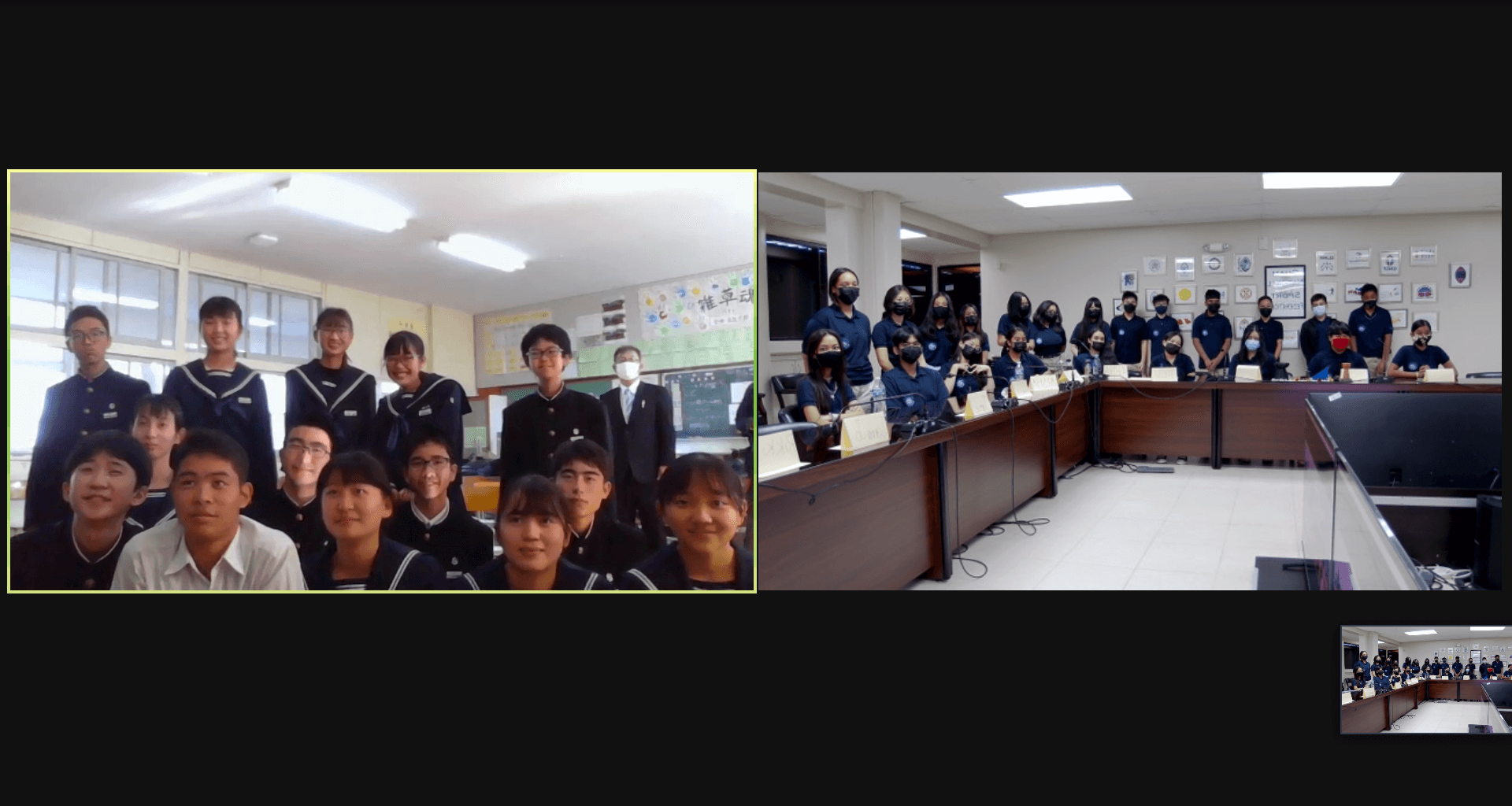 The program was the first of a series of exchanges between the two schools that are being planned with the objective of having deeper relationships and understanding of each other through sports and cultural exchange.

A total of 37 students from the two schools met virtually, sharing and discussing topics around the theme "Introducing Your School," where students shared interesting information about their respective schools.

Deputy Consul-General from the Japanese Consulate in Guam, Osamu Ogata, opened the virtual exchange, encouraging students to have fruitful discussions and to continue to have friendly dialogues to strengthen the relationship even further.

ONOC Secretary General’s Executive Assistant Mike Kohn, who coordinated the event, explained the relationship that the ONOC has had with Fukuoka Prefecture.

"ONOC is the continental body that supports the interests of 17 National Olympic Committees (NOCs) in the region," he said.

Four municipalities in the Fukuoka Prefecture were designated as host cities and towns for pre-games training camps for athletes from Oceania in 2017.

"We knew when we signed the Memorandum of Understanding in 2017, that the Tokyo Games would not be the "finish line" for our established relationship, but rather the "starting line" for future collaborations," Kohn said.

He said that the partnership between Guam and Fukuoka is a great legacy project that has been a result of the Tokyo 2020 Games, exemplifying the three Olympic values of "Respect, Friendship, and Excellence."

A total of 23 students and four chaperones from Jose Rios Middle School participated in the virtual exchange at the Guam National Olympic Committee’s Conference Room.

Jose Rios Middle School Principal Mariann Lujan said that she was grateful for every opportunity for her students to learn from these types of exchanges, especially "with our good friends from Japan."

At the end of the session, several students shared their reflections from the meeting, and one of them mentioned that she looks forward to the next few sessions, and ultimately visiting Fukuoka Prefecture and Setaka Junior High School.

The Project Coordinator of Miyama City's Board of Education, Kenjj Sakurai, expressed his gratitude to all the participants with the hope that these experiences will strengthen the relationship between Guam and Fukuoka and will allow all to have a broader view of the world.

Kohn expressed his gratitude to all that made the event a success.

"Thank you to all of the students and teachers from Jose Rios and Setaka Junior High Schools for taking time out on Saturday to participate in this very meaningful event," he said.

Kohn confirmed that schools in Guam interested in being part of the project can express their interest by reaching him on +16716872511 or michael_kohn_6@hotmail.com