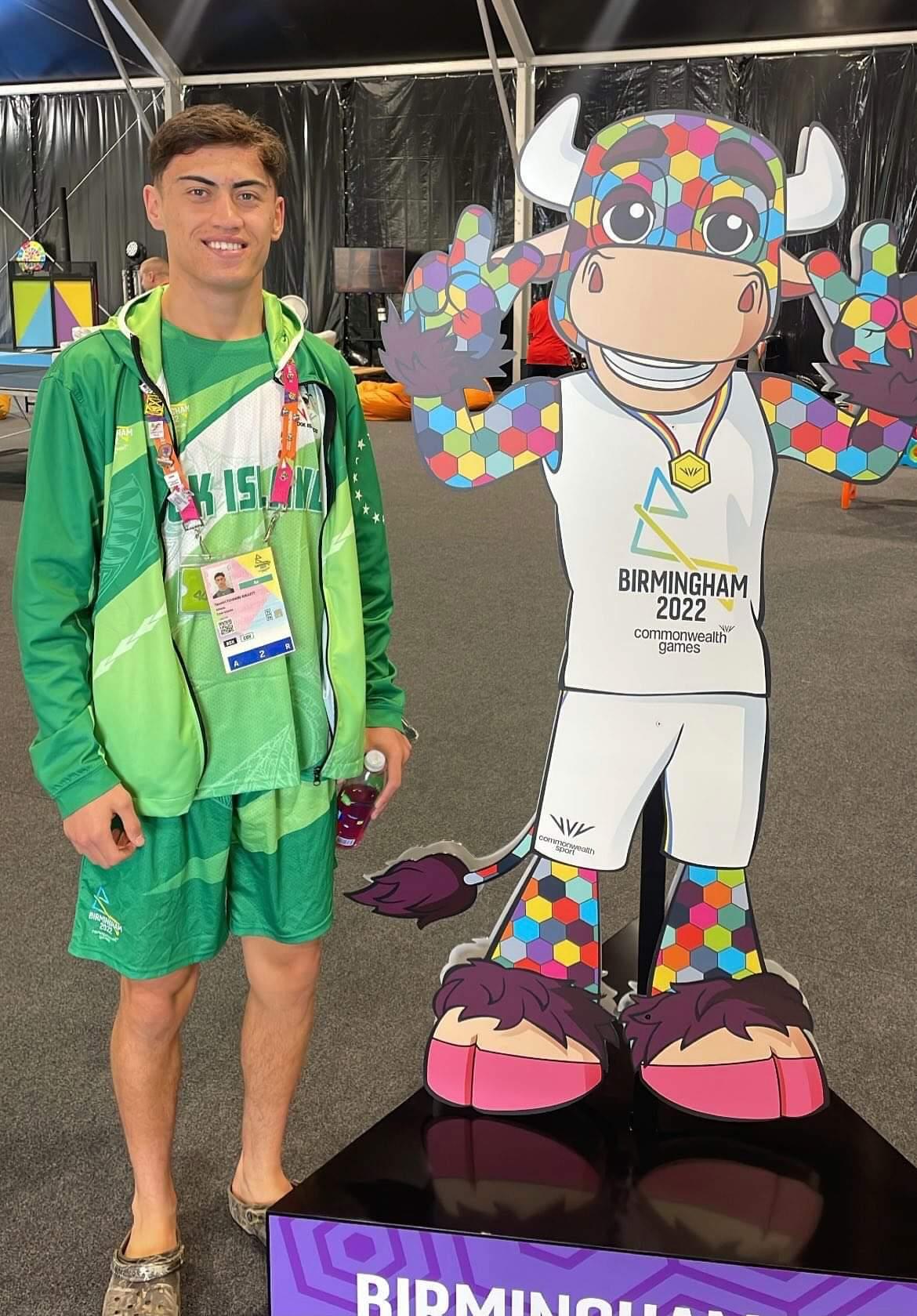 Inspiration is all around us, it can come in many forms, from people, from places and from even the smallest spark. The Commonwealth Games are the perfect stage for that spark. But where did our athlete’s inspiration come from?

Inspiration is all around us, it can come in many forms, from people, from places and from even the smallest spark. The Commonwealth Games are the perfect stage for that spark. But where did our athlete’s inspiration come from?

For many it has come from their own sporting idols creating a fire in their belly, leading them to become the exceptional athletes they are today! Tawhiri Toheriri-Hallett, Cook Islands boxer, wanted to follow in the footsteps of his sporting hero.

“David Nyika is a big influence to me, he is a role model to myself and for a lot of us young boys. He epitomises a true warrior, he’s at the pinnacle of the sport and I admire his work and admire him as a person.”

Athletes are inspiring for many of us across the world, no matter where they are from. Their achievements provide us with opportunities for self-reflection and help us to be the best we can be. “It was 2008 Olympics. I saw Michael Phelps in the 200 fly, that same day I said to my mom let's go down to the pool and yeah, I've been swimming ever since.” - Kokoro Frost

Even if inspiration cannot be found in athletes close to home, the Commonwealth and Olympic stages provide us with alternatives. “In my country I don’t have any female athletes I can look up to but there are male athletes, for example Chris Votu. But when I went to Melbourne, I was inspired by Cathy Freeman, I went to the museum and watched the clip of the Sydney Olympics and pushed myself to train hard and achieve my goals. She is my idol!” - Sharon Firisua, Solomon Islands.

“I saw them on the TV the likes of Mo Farah and all these and they were inspiring to me, I started to train and thought once upon a time I will be like those runners.” -  Martin Faeni, Solomon Islands.

An inspiring person is anybody who influences you to want to achieve something. With Pacific nations having massive value on the role of families and communities in their lives it is not surprising that many of the athletes’ inspirations come a little closer to home.

“I think my mum, my mum has been probably my biggest inspiration. She's one of my coaches for swimming as well.” Kokoro Frost.

Looking to the wider family, coaches and officials play an instrumental role in getting athletes to competition level, providing them with inspiration throughout their journeys. “I joined a club and did a competition within the squad. I won a couple of them, and the coaches thought it’d be a good idea to put me in couple of competitions. The rest is history.” Epeli Herbert Rabua, Fiji swimming.

That wider family of The Commonwealth Games federation itself inspires friendship, competition, elite sport and participation. This inspiration by the Commonwealth Games was personified when Cook Islands boxer Tawhiri Toheriri-Hallett, despite taking a tough loss in his fight, took time out to coach a young boy he had just met. As Tawhiri was leaving the stadium a young boy came up to him to ask for a photo and then continued to ask for a few boxing tips. He taught him how to block, duck and punch much to the boy’s delight. “Despite being in a very emotional state given I just lost my opening fight here at the games, I didn’t even think twice about it, it was just the right thing to do. I’m nothing more than what I am and I’m human at the end of the day. We win some and we lose some in life and with or without the bright lights on me I know who I am and where I’ve come from and spending time with that kid is the least I could do!”

Moments and words like this create a cherished memory for a lifetime and this small act of kindness could be this young boy’s inspiration. Well done, Tawhiri, you made us all proud!

Inspiring others is something that The Pacific Islands do best. With the numbers of athletes representing Oceania, the highest it has been at a Commonwealth Games, clearly this big stage is sparking inspiration back home. That starts with the number of people taking part in sport and showing and providing people with a range of sports to get involved in. The Norfolk Island are keen to encourage younger generations to get involved in Lawn Bowls and the success of their young bowler, Shae, is a vital contribution to this change in “the mindset that bowls is not an old people sport, it's actually for anybody.” Shae Wilson, Norfolk Islands Lawn Bowls.

Since 1990 the number of Pacific Islanders participating in weightlifting events has significantly increased. This legacy is largely due to Commonwealth Gold medallist Nauru’s Marcus Stephen. Once this happened the country celebrated by marking it as a national holiday. Each time a medal is won by Oceania this sparks a desire in the nations and further creates this inspiration.

This legacy was seen in 2014 when David Katoatau won his Commonwealth gold medal in Glasgow. He inspired a new generation when his dancing was broadcast all over the BBC helping create awareness of climate change in his home country of Kiribati. His brother Reuben was making his debut appearance at the Commonwealth Games, hoping to follow in his brother’s footsteps he said, “My brother David, inspired me to do weightlifting.”

All around the games there are ‘have a go’ stalls letting everyone try the sport, facilitated by knowledgeable coaches, this creates a further level of inspiration and intrigue. With so many teams beating personal bests and showing just how much you can achieve especially after the hardship from the last couple of covid years these games will create an everlasting legacy.