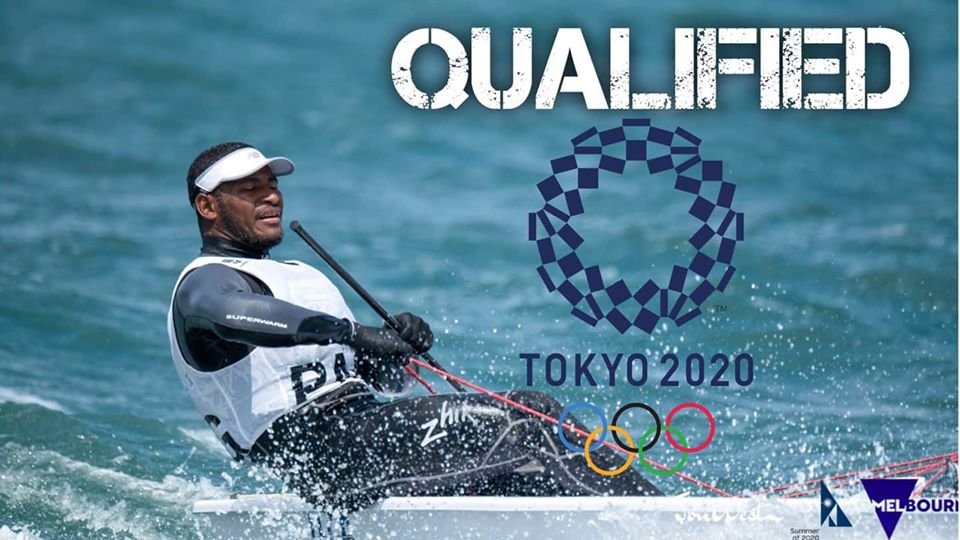 (PNG NOC) - Teariki Numa is the first Papua New Guinea athlete to secure a spot for the country at the Tokyo 2020 Olympic Games in the sport of sailing.

Competing in the Laser Standard class, the 20-year old from Hula, grabbed the spot during the Oceania qualifiers which was held during the WorldLaser Championships in Melbourne from February 8th to 17th this year.

President of the Sailing PNG, Graham Numa was a proud man when he received the news in Port Moresby saying that his athlete had been a target for the Olympics over the last four years.

“I’m very proud of Teariki’s achievement and looking forward the work ahead in getting him ready for the Olympics,” said (Graham) Numa.

Teariki who works as a Strength & Conditioning trainer with CricketPNG, had been in intensive training off the coast of Bootless Bay and Gabutu where Sailing PNG’s training grounds are. Along with older sibling and femalePNG sailor, Rose, the two are coached by their older brother, Raymond.

The sport is hoping to qualify another place through Rose but will wait on the outcome of her performance with the women’s event ending this Friday.

“He (Teariki) was up against the best from around the world so it was a tough contest and he struggled a bit but we all didn’t have any expectations, we just knew that he was going to give his best,” said Graham.

There were two places available for Oceania at this event and while one was given to PNG, the other went to Samoa.

Teariki thanked Sailing PNG for the opportunity and also the PNGOlympic Committee for the support which enabled him to attend and participate at the event.

He will return to PNG to continue his training programme and later going to Brisbane for further training.

Like the World Championships, Teariki will be heading into the Olympics with realistic expectations but with a desire to put his best sail forward.Graham reports that, at the Olympics, the young PNG sailor wants to finish ahead of his Samoan counterpart who had finished in front of him at the qualifiers.

Graham, who is also Teariki’s father was the last person to representPNG at the Olympics in the sport of Sailing. This was at the Olympic Games in1992 at Barcelona. He also competed at the 1988 Olympics in Seoul. However,Graham competed in the Wind Surfer Class category while Teariki will be sailing the Laser.

“That was 28 years ago, Teariki was not even born yet and I am pleased to see that Sailing will be flying the PNG flag again at the Olympics,” saidGraham.

The team is also aiming to raise funds to support their training and preparation towards the Olympics and is appealing to sponsors who can assist their cause.