IOC President invites athletes of the world to Beijing 2022 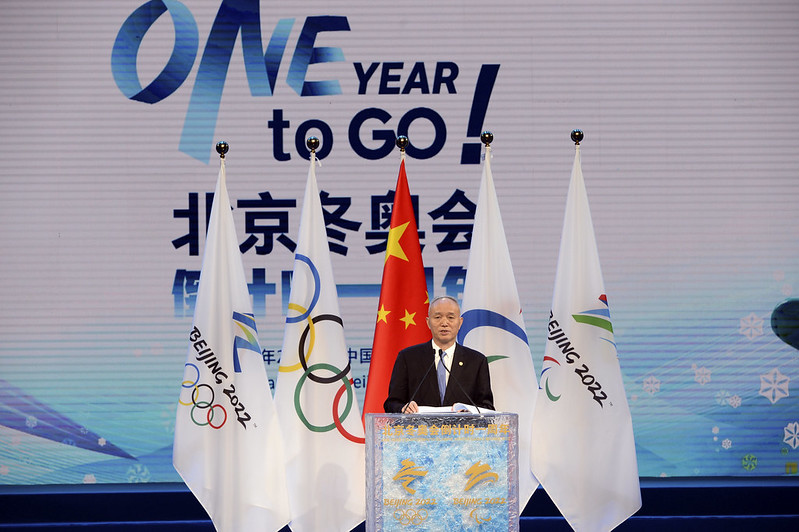 To mark one year to go until the Olympic Winter Games Beijing 2022, the International Olympic Committee (IOC) has put athletes at the heart of this milestone by featuring their preparation and commitment to getting to the Games during these unprecedented times. Athletes narrate and feature in self-filmed content in a film released on this landmark date. They will also hold live chats and take over @Olympics social handles between 4 and 20 February, the period during which next year’s Games will take place.

Welcoming athletes from around the world, IOC President Thomas Bach today formally invited the National Olympic Committees (NOC) of the world and their winter sports athletes to participate in next year’s Games.

Speaking about this milestone, Bach said: “One year from now, Beijing will write history as the first city ever to host both the summer and winter editions of the Olympic Games. These Games will connect the Chinese people with the world.”

He continued: “Having seen how China is overcoming the coronavirus crisis, we are very confident that our Chinese hosts will ensure safe and secure Olympic Games in full cooperation with the IOC. Every time that I have visited China, I am so impressed by the enthusiasm and support for the Olympic Winter Games Beijing 2022. This is why, we can say already now with great confidence: China is ready. Ready to welcome the world’s best winter sports athletes for unforgettable Olympic Winter Games Beijing 2022. We all are looking forward to this global celebration of sport.”

The digitally-led #StrongerTogether campaign focuses on athletes around the world and their solidarity and progress towards the Games. As part of this, the IOC has published the #StrongerTogether film, which showcases athletes’ preparations for next year’s Games, distributed globally across digital, social and partner media channels. Narrated by Chinese freestyle skier Eileen Gu, it features iconic moments of past Olympic Winter Games, a glimpse of Beijing 2022’s venues, and self-filmed content from athletes’ preparations, as they get ready to go to Beijing 2022.

A number of digital partnerships will boost interest in this milestone. Twitter will run a unique emoji feature when users tweet @Olympics with #StrongerTogether and the

️emoji; while a special Beijing 2022 filter will be available on Snapchat. Iconic winter Olympic moments will be released daily on the Olympic Channel and @Olympics Twitter, and there will be athlete takeovers and inspirational talks on the Olympics Instagram.

The IOC’s Worldwide Olympic Partners and Rights-Holding Broadcasters will also be activating this landmark over the coming days. Some of the notable activities being organised include the unveiling of a physical countdown clock in Beijing by OMEGA, the Official Timekeeper of the Olympic Games. In addition, fans will be able to interact live with winter athletes, some on their road to Beijing 2022, through the Olympian and Paralympian Online Experiences launched with Worldwide Olympic and Paralympic Partner Airbnb.

In China, a One Year to Go celebration show was broadcast on national television. In addition to celebrating this special milestone with a cultural spectacular, the Beijing 2022 Organising Committee also unveiled the official Beijing 2022 torch design. The event was held in the Ice Cube (formerly known as the Water Cube), which will host curling at next year’s Games.

Preparations for next year’s Games in China remain on track, and excitement is building across the country. All competition venues were completed by the end of 2020, with the remaining renovations and construction to be finished by the end of this year. With the aim of getting 300 million people engaged in winter sports and having received around one million applications for volunteer positions, the Beijing 2022 Games will be transformative for both China and the global winter sports scene. There will be winter sports before the Olympic Winter Games Beijing 2022 and a new era of winter sports afterwards. This can already be seen from the numbers. Five years ago, there were only 460 ski resorts in China. This number grew to 644 by the end of 2019.

Beijing will host the XXIV Olympic Winter Games from 4 to 20 February 2022.