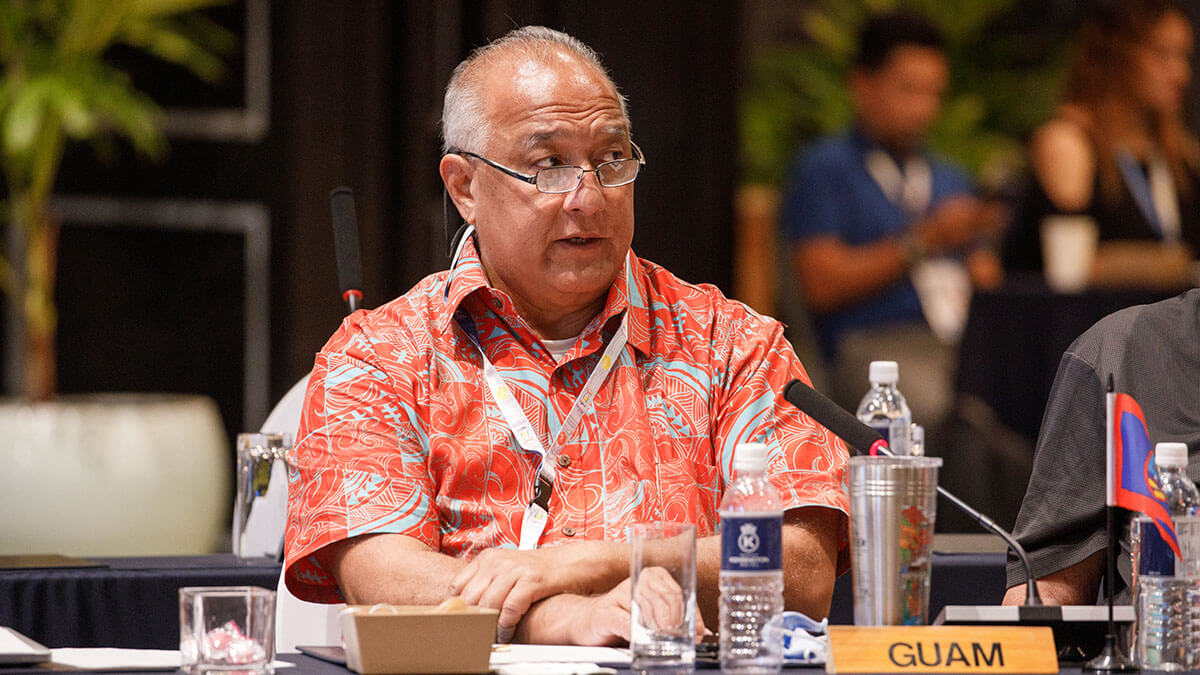 Speaking from the Pacific Mini Games in Saipan, Commonwealth of the Northern Marianas Islands (CNMI), Blas said that Olympic Day represents a day for athletes around the world, by honoring those (athletes) who have committed themselves to the success of the global sporting community.

“And with this year’s theme of “Move for Peace” we remember the Ukrainian athletes who continue to face challenges under a lot of undue pressure,” Blas said.

“And what a tribute this is, to mark today in Saipan for the Pacific Mini Games where we are still celebrating the sports movement in a tiny Pacific Island in the north.

“Today also demonstrates the resilience of Oceania in the midst of the COVID-19 pandemic.

“We enjoyed the Tokyo Olympic Games last year on a minimum standard to safeguard the athletes and the Japanese community, Blas added.

He said the Olympic movement has remained stronger together with good leadership and called on everyone to join the movement in whatever form or way to promote sports and the role of sports in advocating peace.

Reflections on the Pacific Mini Games

“Oceania is represented with 17 Olympic countries and 6 Associate members so ONOC’s support  this week has been through our National Olympic Committees (NOCs) participation here.

“Their presence elevates the competition as well as the delivery level of the event,” Blas said.

“It also exposes and promotes a country  like the CNMI to the rest of the world,” he added.

Message to the athletes at the Saipan Mini Games

“You came, you endured, you showed strength and to those standing on the podiums, never forget those that are not on the podium with you - and that had contributed to your success,” Blas mentioned in his message to the athletes of Oceania, competing in Saipan this week.

“Best wishes to everyone as you start your journey home soon.

“We continue to encourage all the NOCs and Associate Members to focus on their development programmes and also their athletes,” Blas commented.

Staff of the ONOC Secretariat in Suva, Fiji, celebrated Olympic Day with a zumba session and a 2.5KM walk.