Athletes given platform to speak at 2019 XIV Pacific Games 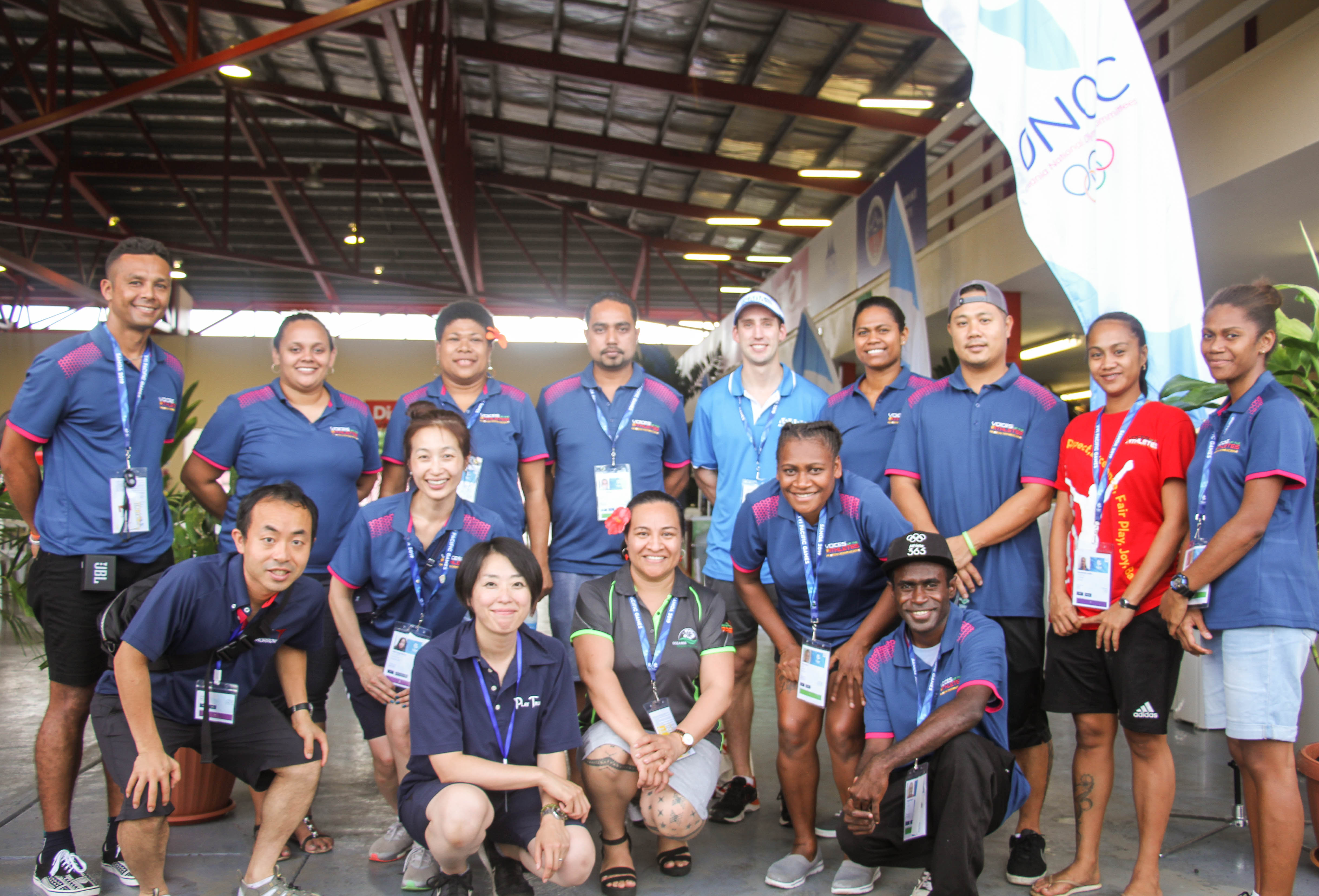 (ONOC MEDIA) - While both performance and competition is high on the athletes minds at the 16th Pacific Games in Apia, Samoa, a central element of the delivery of the games is the provision of an athletes lounge or breakout area.

Facilitated by the “Voices of the Athletes” (VoA) program in partnership with selected athletes from seven countries, the 2019 Pacific Games lounge features interactive activities centered on their health and wellbeing.

“This program is for both athletes and their entourage, and provides a platform for them to learn about four of its key messages; Play Safe, Play True, Go Green and Stay Healthy. All messages come under the overarching message of "Be A Leader,” said “Karo Lelai, Chairperson of the Oceania National Olympic Committees (ONOC) Athletes Commission and also the Association of National Olympic Committees (ANOC) Athletes Commission.

Leilai said a space like this is important for three reasons; firstly to promote the Athletes Commission so athletes are aware of their voices and rights.  “In the pacific only certain people are allowed to speak however given the access to internet more young people are speaking up now days. “In the Olympic Movement athletes have a voice and a platform to speak and the VoA program is a wonderful channel in Oceania.

“The third reason this space is important is that it facilitates conversations with athletes about life after sport as this is an issues that’s being talked about a lot more. Leilai said the VoA program is also a way of building capacity as it trains athletes and grooms them for leadership and public speaking amongst other things.

“As an outcome of the ONOC Athletes Forum in February in Nadi this year the 15 NOC’s and one associate member present agreed to target an 80 percent coverage rate in the 16th Pacific Games.

“It’s also a great atmosphere here at the games; I love the colors, the energy and the vibe aside from the athletes all looking focused,” Lelai commented.

VoA Program Coordinator Natanya Potoi-Ulia said the VoA Champions at the Pacific Games registered their interest, put their hands up and were recruited by their National Athletes Commissions.

“These VoA champions will be showcased as leaders and will advocate social issues that are not only important in sports but in life,” Potoi-Ulia said.

Vanuatu hockey representative and VoA Champion Mary Siro said that the program is important for an athlete as it equips them with the knowledge of competition and makes them ready mentally.

“The Play Safe activity addresses harassment and abuse that could be by other athletes, a coach or an official,” Siro added.

She said the activity encourages athletes to open up and talk about it with someone they feel comfortable talking to.

Maupeni Asafo from Samoa Football and VoA Champion said that he would like to be a role model for other athletes and in that way help them understand our messages around Play True, Play Safe, Stay Healthy and Go Green.

“Because my children will be the next generation, I feel it’s important that I influence this generation in a positive way,” Hector Smith Jnr from Fiji Hockey and also a VoA Champion commented.

“Athletes can register on their platform to follow and learn from fellow athletes on all things business,” Potoi-Ulia said. “The duo has also brought with them the actual Tokyo 2020 Torch to showcase to athletes and officials here,” she added.

Other stakeholders include the Australia Sports Anti-Doping Authority, Drug Free Sports New Zealand and the Japan Anti-Doping Agency are also here to promote the Play True Legacy initiative in the build up to the Tokyo 2020 games. (End/s)