AFTER uses sport to implement environment campaigns and climate awareness 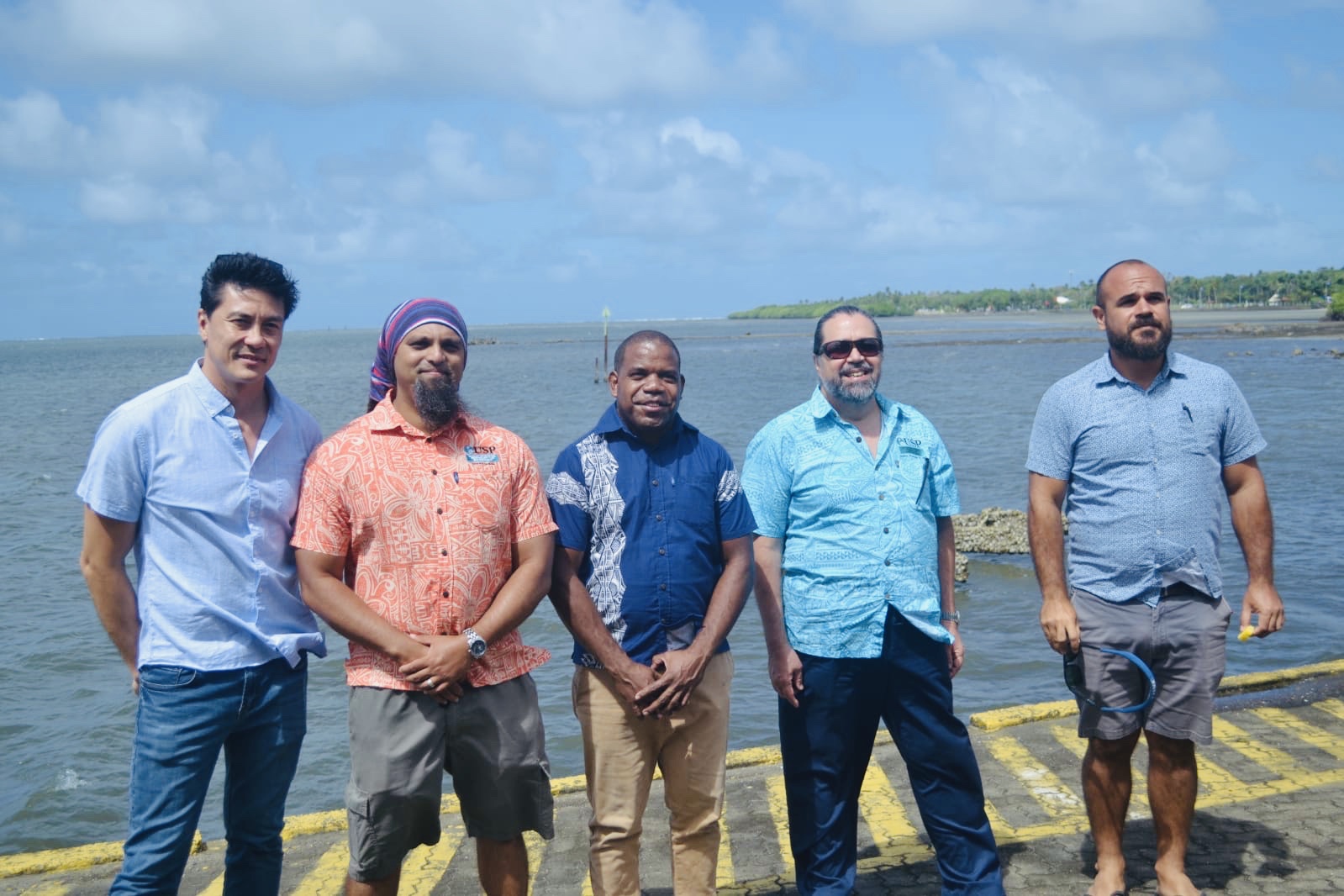 The Athletes for the Environment (AFTER) is using sport as a unifying tool to drive environment campaigns and create climate awareness. Formed in Switzerland, AFTER is a conglomerate of athletes primarily from the World and National Olympians Associations as well as Athletes Commissions around the world.

The Athletes for the Environment (AFTER) is using sport as a unifying tool to drive environment campaigns and create climate awareness.

Formed in Switzerland, AFTER is a conglomerate of athletes primarily from the World and National Olympians Associations as well as Athletes Commissions around the world.

The device aims to clean up the ocean. It filters and cleans 25,000 liters of water an hour and will be used to conduct a trash audit of the Laucala Bay inshore area while also cleaning waters there.

AFTER founder and president of Fiji Surfing Association Carl Probert said this was a result of an idea several years ago.

“This is basically a result of an idea several years ago when we were surfing and seeing a whole lot of rubbish coming out from the harbor, and today we are proud to see it implemented here,” said Probert who is a 5-time Olympic swimmer and Fiji’s National record holder in Freestyle, Backstroke, Butterfly and Individual Medley.

Probert who is also an executive committee member of World Olympian Association (WOA), said AFTER is trying to be a role model to support such projects, and influence behavioral change to stop people from throwing rubbish in the first place.

“The idea behind this is more about raising awareness and getting people thinking about solutions. In the meantime, we want to continue to raise more awareness on this and probably implement seabin to other location as well,” Mr Probert said.

He thanked USP School of Marine Science for facilitating and providing academic validation for the study.

“This is an excellent initiative that has established in order to obtain baseline data about plastic pollution in the Suva harbor. Because of the tides, large amounts of debris come inside this area.

“It collects everything, not only plastics but all sorts of debris. So it’s a very good baseline data to understand the effects of waste pollution on urban areas to the environment,” said the USP Marine Science Head of School Professor Ciro Rico.

Professor Rico said the seabin uses electricity and it can be extended to hotels and resorts located in coastal Fiji.

USP Postgraduate diploma in Marine Science student Alex Kwaoga who worked on the project, said the seabin project is operated using electricity. Kwaoga started constructing the device mid-September and completed it in early October, giving it a 1-week trial before it was launched.

“It also collects oil. It functions to collect whatever waste or litter that is present in the ocean, either microplastics or any other components, any matter that has been discharged in the ocean.

“The role of seabin is to do the clean up and collect. Its one way to keep the oceans clean, which is the main aim of this project and so far, has worked effectively well with samples of waste collected,” he said.

WOA, which AFTER was formed out of, is an Organisation and Alumni supported by the International Olympic Committees (IOC) to assist with helping Olympians.

“This is because not all Olympians have gone on to a perfect life after sport,” Probert explained.

He said WOA also assists them with giving back to society as many Olympians have prospered from the support received from their country and community.

Probert said he has had the idea of using sport to implement a campaign on plastics since 2015.

“In 2018 during discussions in Switzerland with fellow Oceania rep, 5-time Olympian and Olympic Gold medalist Natalie Cook, I showed her a few proposals I had done and we came up with AFTER.

“Last year she introduced me to Richard Ebling a venture capitalist from Australia working in Switzerland and we applied for a large grant and were short listed but our application wasn't successful.

“Since then we have received a lot of interest in what we have been trying to do, so this year we decided to formalise the entity as an NGO and officially register in Switzerland,” said Probert.

This falls inline with the International Olympic Committee (IOC) overarching mission on sustainability and that is to put sport at the service of humanity and making the world a better place through sport.

Based on the responsibility of the IOC as an organisation, as the owner of the Olympic Games, and as the leader of the Olympic Movement, it focuses on infrastructure and natural sites, sourcing and resource management, mobility, workforce, and climate.

The IOC Sustainability Strategy states: “The world faces significant challenges across a wide spectrum of social, environmental and economic matters. Major issues such as social injustice, economic inequality and climate change are increasingly occupying people around the world. The sporting community is not immune to the impacts of these issues. We believe the Olympic Movement has both an opportunity and a duty to contribute actively to global sustainability in line with our vision: “Building a better world through sport”.

Athletes for the Environment (AFTER)

AFTER is an acronym for Athletes for the Environment but is also meant to represent a cause or purpose for athletes "after" their sporting career- Life after sport.

“So while formalising we have launched the Seabin project, applied for further grant funding and are exploring partnerships with the International Union for Conservation of Nature (IUCN) IOC, WOA, and Monash University to name a few,” Probert adds.

According to the AFTER Project Outline, the project will assist in combatting the issue of waste disposal via a multi-faceted approached that is aimed at the collection, removal and recycling or disposal of plastics before they reach the ocean.

They also plan to raise awareness via TV campaigns, using athletes to deliver messages on the separation and proper disposal of rubbish that should inspire a change in behavior.

They will also lobby government and rural councils to fund and develop a waste disposal strategy.

AFTER is also championing climate change awareness and is partnering with other organisations and environmental bodies to move beyond ad-hoc environmental practices to a comprehensive incorporation of climate change and its impacts into business strategy for operations, event, procurement, infrastructure and communications.

“Due to the impacts of global warming, Governments, cities and businesses are now responding to the challenges in tangible ways by committing to renewable energy and energy improvement projects that will lead to a healthier and sustainable future

“AFTER see this as an opportunity to use sports as a unifying tool to drive climate awareness and action utilising sports’ global interest,” it states.

Born in Suva, Fiji on 13 September 1975, Probert started competitive swimming at the age of 11 and besides Olympic Games, he has competed a number of times in the Pacific Games, Oceania Championships, Commonwealth Games, FINA World Championships, Pan Pacific Swimming Championships and Open Water Championships.

Probert competed in three Commonwealth Games; in Kuala Lumpur in 1998, Manchester in 2002 and Melbourne in 2006. He has also competed in eight FINA World Championship, between from 1998 to 2007.

With this wealth of experience and as an Olympian athlete, Probert was elected into the WOA Executive board as a continental representative of the National Olympians Associations of Oceania (NOAO).

He joined the WOA executive board in 2016, and was again re-elected into the board last month for another term.