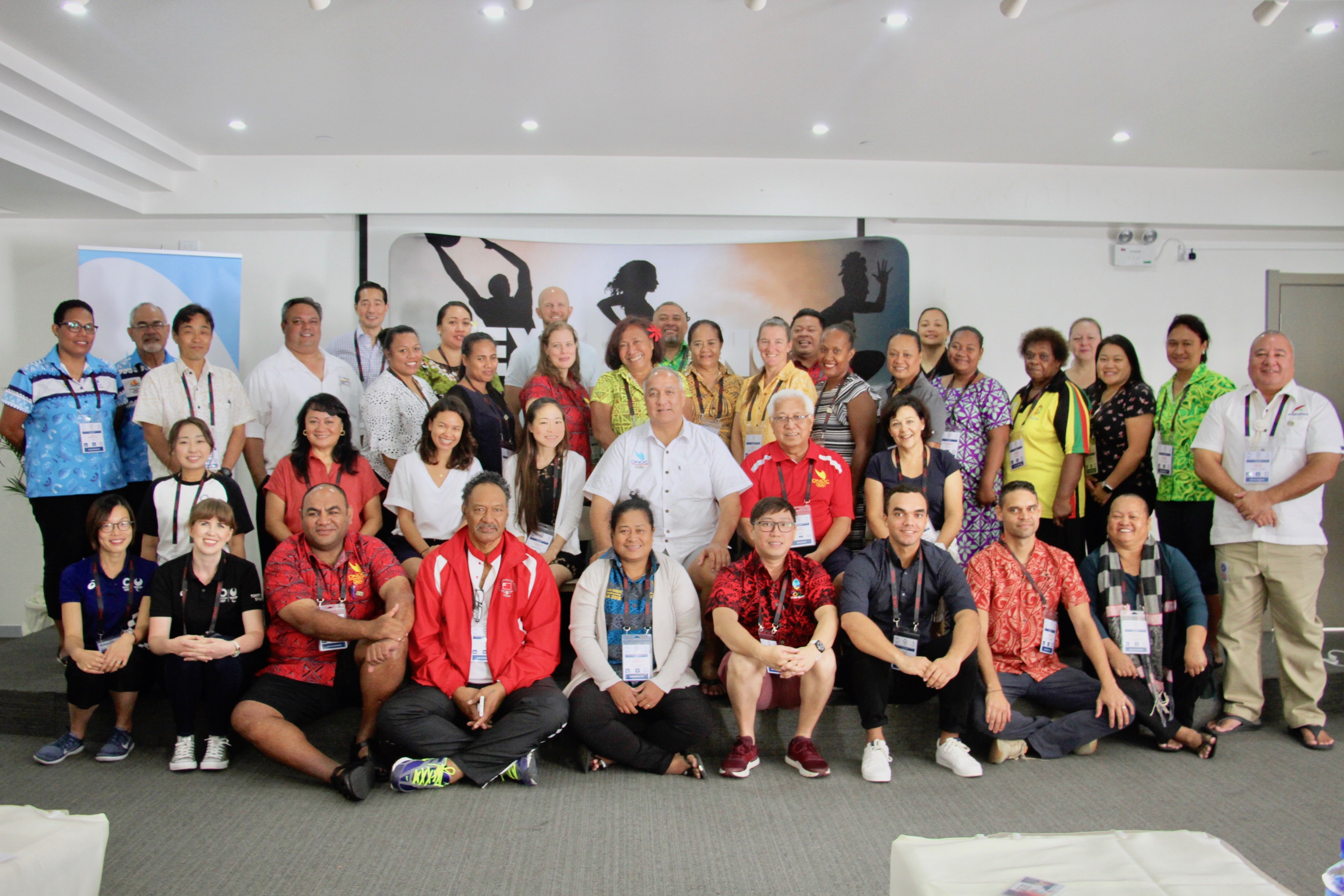 Chef de Missions (CdM) and support staff from 13 of the 15 pacific countries to next year’s Olympic Games are attending a 2-day forum in Nadi this week in preparation for Tokyo 2020.

Facilitated by officials from the International Olympic Committee (IOC) and the Tokyo 2020 office, the “Oceania Forum” as the meeting is titled is an annual gathering of officials who are responsible for the overall management of their respective entourages.

“This forum is the continuity and builds on the workshop last year in Samoa focusing on elements on how to shape a team and set up objectives for the Olympic Games,” said Nicole Girard-Savoy the OIC’s Head of Finance and Promotion of Olympic Values.

Coordinated by the Oceania National Olympic Committees (ONOC), its President Dr Robin Mitchell says that the CdM’s are the representatives of their countries and more importantly their athletes.

“It’s not a position that is there for your privilege or a reward,” Dr Mitchell stressed in his opening remarks this morning.

“The CdM is the most important person in the village and its disappointing that we only have 13 of the 15 CdM ‘s because there is so much to do in the lead up to Tokyo.

“With this week’s forum, the most important part is for the people who have been trained are actually the ones who will go to Tokyo,” Dr Mitchell reminded the forum.

The forum held in Nalagi Hotel in Nadi will cover off an array of topics like accreditation, medical services, anti-doping, marketing and arrivals and departures.

“This week’s forum is dedicated to your NOC’s preparation for your participation in the Olympic Games,” the IOC’s Girard-Savoy mentioned.

“As Chef de Mission nominated by your NOC, we want to provide you with all the necessary knowledge and tools to accomplish your mission during games time,” Girard-Savoy added.

Blas said the CdM’s have a bigger role at the games when it comes to the management of their teams, so this week’s forum will ensure that nothing is missed.

“We want to ensure that CdM’s haveequate information so when they get to Tokyo, they can execute their functions and support their athletes in the most efficient way possible,” Blas added.

The Forum is also been observed by three Oceania Sport Education Program (OSEP) trainers who have been tasked to deliver the Entourage Courses for Section Managers in the lead up to Tokyo 2020.‍‍