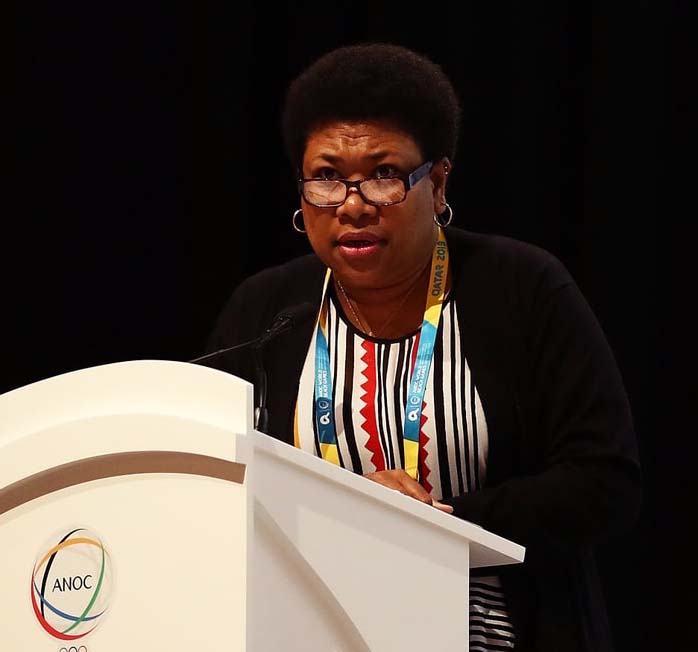 “My appointment is evidence that anyone can excel within the Olympic Movement in an administrative role,” she added.

The IOC said in a statement last week that the composition (of IOC Commissions) has once again shown a year-on-year progression towards gender equality, with 47.7percent of positions across the 30 commissions now held by women, coming from45.4 percent in 2019.

“Advancing women in leadership roles in sport is truly a team effort, and I want to thank all those who have contributed to this for their continued support, commitment and inspiration,”said IOC President Thomas Bach in the statement.

President Bach continued: “By increasing female participation in IOC commissions and the number of female chairs on IOC commissions, the IOC is hearing the female voice more and more and ensuring that women and girls can be empowered by using the powerful platform that sport provides to promote gender equality.”

ONOC President Dr Robin Mitchell said he is pleased and proud that Karo has been appointed as a liaison within the Athletes’Commission particularly as she is representing the Oceania continent.

“She’s always played a key role in promoting the work of athletes in the time that she’s been on our ONOC Athletes’ Commission,” Dr Mitchell added.

“Karo is also listed as representing basketball, which is also good for team sports and with her legal background, she has not only contributed to the athletes work but also through her role as well as on our ONOC Executive,” he said.

Dr Mitchell said Karo has also continued the tradition set by New Zealand’s Barbara Kendall, in also being appointed chairperson of the ANOC Athletes’ Commission since its inception.

“This shows the good work they are doing not only locally but worldwide as well,” DrMitchell added.

For Lelai, this appointment further strengthens the cause and the mandate set out by theCommission. “I encourage all athletes to join, support and promote their NOCAthletes’ Commission,” she said.

“Be active ambassadors for our region especially in these challenging and unsettling times,” she mentioned.

The two other Oceania members who serve on the IOCAthletes’ Commission are Australian Olympian James Tomkins who was elected in 2013 and New Zealand Olympian Sarah Walker.

Aligned and modelled after the IOC Athletes’Commission, the ONOC Athletes’ Commission was established in 2005.

The Commission serves as a link between the athletes of Oceania and the ONOC Executive,

to ensure that the athletes’ voices are heard at all levels of decision making.

The Commission has been recognised globally for numerous trailblazing activities including