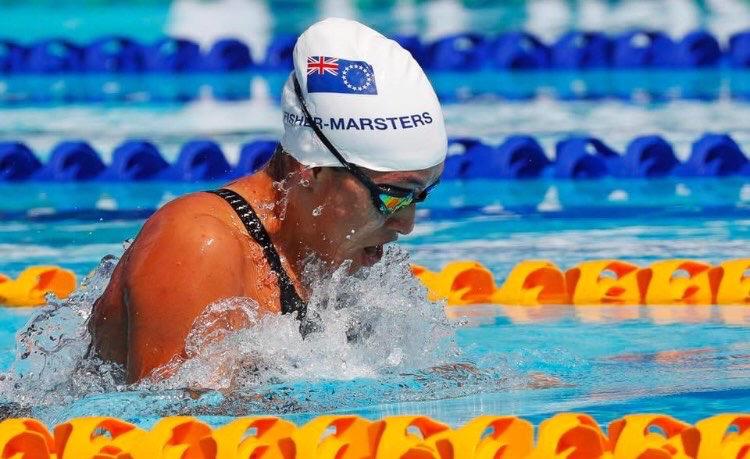 The letter, jointly signed by the Chair of the OS Commission, Dr Robin Mitchell and Director of Olympic Solidarity, James Mcleod said: “We are pleased to inform you that, exceptionally, all the 2017-2020 programmes and budgets with a direct link to Olympic Games preparation and participation will be extended to the Tokyo Games in 2021.”

The letter acknowledged that numerous national sporting activities organized by NOCs have either been cancelled or postponed and many uncertainties exist relating to NOCs’ capacities to fulfil their responsibilities vis-à-vis their athletes, coaches and national stakeholders.

“As a trusted long-term partner to the 206 NOCs, Olympic Solidarity will be responsive to this new global environment and adapt its programmes and working methods where needed and within budget,” the letter stated.

Certain measures were put in place earlier following the postponement of the Olympic Games Tokyo 2020.

The extended OS programmes that are directly connected to the Games are the (a) Olympic Scholarships for Athletes 2020 (b) Team Support Grants (c) Refugee Athlete Support and (d) IOC Subsidies for NOCs’ Participation in the Olympic Games.

About the Olympic Solidarity Programme

The development and assistance budget approved by the Olympic Solidary Commission for the 2017-2020 plan amounts to USD 509,285,000, corresponding to the share of the broadcast rights from the Olympic Games (Rio 2016 and PyeongChang 2018) which belongs to the NOCs. Olympic Solidarity redistributes these funds through programmes offered to all NOCs recognised by the IOC.

Dr Mitchell explained that normally in the lead up to the Olympic year, there are several programmes that are running, where NOCs apply and get funding for preparations of their athletes, preparation of their teams and scholarships for their individual athletes to prepare them for qualifying events or competitions for the Tokyo Olympic Games.

Implications for the Oceania region

In his capacity as President of the Oceania National Olympic Committee, Dr Mitchell says the one that particularly affects Oceania is the Tokyo 2020 Athletes’ Scholarship programme.

“Those on scholarship at the moment can be assured that they will stay covered for their programme until the end of the Olympic Games, as the scholarship programme has been extended to August 2021,” he explained.

“Although as a result of increased costs and pressure on NOCs’ budgets during this period,” he said, “no new scholarships will be awarded in principle.

“The second one is Team Support Grants; this programme is to help teams that may qualify or teams that have already qualified in their preparation and in particular for our region (excluding Australia and New Zealand who qualify in many other team sports for Oceania). It’s really sevens rugby where the men’s and the women’s teams for the first two places have been filled following the World Cup qualifier,” Dr Mitchell explained.

He says in the repechage event, the Samoan men’s team and the Papua New Guinea women’s team will still have a chance to qualify.  “So that's an area that we can support them through the continuation of the programme but also with programmes that we will be announcing shortly,” he added.

On the IOC Subsidies for NOC’s Participation at the Olympic Games, Dr Mitchell says Olympic Solidarity has increased its total budget allocated to support NOCs’ participation at the Games in 2021. This includes a Games Operational Subsidy for each NOC as well as additional Games related costs incurred by NOCs due to the postponement of the Games.

“This subsidy also includes a payment given to National Olympic Committees whose athletes have participated in the Games. This payment, though, is only given after the Games to ensure that athletes have actually competed and not just registered,” Dr Mitchell explains.

He says there is an allocation as well in the subsidy for NOC officials.

“We will have more clarity on additional support to NOCs in our Olympic Solidarity Commission Meeting in Quarter 3 this year, to help cover costs related to the extra year of preparations,” Dr Mitchell stated.

ONOC operations in this COVID-19 era

“An executive decision was made on 17 March to reschedule the ONOC General Assembly to September 2020,” Dr Mitchell said.

“This aside, our offices in Guam and Fiji will continue to support our member NOCs and stakeholders in the best way we can,” the ONOC President said.

“We have just moved into our new headquarters but are still continuing with renovations so we have allowed our staff to work from home and with the technology that is available now we have been able to minimize as much disruptions as we can,” Dr Mitchell explained.

He says the ONOC Finance team has continued to provide accounting support online to a few of our NOCs to ensure they have their accounts ready for audit.

In line with the Olympic Movement’s digital strategy to promote “staying healthy and active”, a team of Oceania Sports Education Programme (OSEP) trainers have produced a series of home-made social media clips; offering a range of fitness tips. While the global lockdown has put a hold on OSEP’s training programmes in the region, they report a total of 121 participants who undertook 14 OSEP courses in Quarter 1 of 2020, and of which 46% of them were women. OSEP offers courses in Team Management, Strength and Conditioning Coaching amongst others for NOCs and their NFs in the region.

“Our ONOC Athletes’ Commission continues to reach out and reassure our athletes, encouraging them to support each other through this difficult time by showing solidarity,” he added.

He said the ONOC International Relations Commission facilitated the White Card Campaign as part of commemorating the International Day of Sport and Development and Peace on 6 April.

As part of the countdown to the rescheduled Tokyo2020 Games in July 2021, ONOC in partnership with the Olympic Channel has embarked on a campaign featuring the best Olympic moments of the continents’ NOC members. The campaign has become a weekly feature across all of ONOCs’ digital platforms.

“One of the key exercises our staff are doing at the moment is in relation to Olympic Solidarity reporting,” Dr Mitchell said. “We are working with all our member NOCs on their reports for 2017 to 2019 to ensure that they do not lose out on funding that they are entitled to,” he added.

Dr Mitchell said that running parallel to the reporting exercise is the finalization of our member NOCs plans for this year, with reports for these activities to be submitted in November.

“The key thing to note here is that due to the uncertainty of the times we are living in and to allow us to facilitate the extra preparation time for the Tokyo Games, funding will not be allowed to carry through to the next quadrennial, unlike previous Olympiads,” Dr Mitchell explained.

“I would like to encourage our NOCs to support their athletes to ensure that they continue their training programmes,” Dr Mitchell said.

“I know of some NOCs who have facilitated home-gyms for their scholarship holders.

“Our rugby teams have been advised to continue their individual training until the lockdown in their respective countries have been lifted.

“Finally, to the athletes, all I can say for now is really for you to do the best you can with what you have because this is all unprecedented,” Dr Mitchell commented.